A new study suggests there is no causal link between smoking and the risk of developing dementia.

Dementia is the general name for conditions that diminish the capacity to think, remember, reason, and interact with others. These symptoms can progress to the point that people are no longer able to carry out their daily activities and take care of themselves.

The recent finding contradicts many earlier studies that have tied smoking to higher risk of dementia. This could be because, for the new investigation, researchers from the University of Kentucky in Lexington analyzed the data in a different way.

They used a statistical method called “competing risk analysis” to allow for the strong effect that smoking has on risk of death.

In a paper that now features in the Journal of Alzheimer’s Disease, first study author Erin L. Abner Ph.D., an associate professor in the university’s Sanders-Brown Center on Aging, and her colleagues describe their approach and findings.

Dr. Abner explains that while previous dementia studies had used “solid” data, they had not taken “into account the idea of competing risk of mortality.”

According to the World Health Organization (WHO), around 50 million people were living with dementia worldwide in 2015. The WHO expect this number to triple to 152 million by 2050.

Although dementia arises mainly in older people and is a main cause of disability for them, health experts do not consider it to be a normal consequence of aging.

Alzheimer’s disease is the most common cause of dementia and likely accounts for 60–70 percent of cases, globally.

In the United States, estimates from the Centers for Disease Control and Prevention (CDC) estimate that the number of people aged 65 years and older with Alzheimer’s disease is set to grow from 4.7 million in 2010 to 13.8 million in 2050. Over this period, the biggest growth will be in those who are 85 years of age and older.

A burgeoning cost of care accompanies these figures. The CDC calculated that the total cost of health, long-term, and hospice care for people with dementia was $277 billion in 2018.

Dr. Abner remarks that competing risk analysis is a recognized investigative tool, and scientists have used it successfully in many other fields.

Yet, even though the competing risk of death is “an important consideration” when studying diseases in older adults, dementia studies rarely use it.

Dr. Abner gives the example of how to investigate ties between smoking and cancer deaths. How should the analysis deal with deaths from another condition, such as heart disease?

“In the case of our study,” she adds, “if smoking kills someone before they show signs of dementia, how can you accurately count that person?”

So, the team sought to address this in its own analysis of data from a University of Kentucky Alzheimer’s Disease Center study that followed 531 older people for an average of 11.5 years.

‘Smoking doesn’t appear to cause dementia’

At baseline, the researchers recorded none of the participants to be cognitively impaired. At this time, 49 of the subjects reported being current smokers, and 231 said they were former smokers.

Over the follow-up, 111 of the cohort had a diagnosis of dementia while another 242 died without dementia.

The analysis revealed a link between smoking and early death. However, the authors note that after they adjusted the data for “the competing risk of death without dementia, smoking was not associated with incident dementia.”

Dr. Abner says that the finding is consistent with pathological studies of brain tissue that have found that hallmarks of Alzheimer’s disease are not more common in people with a history of smoking.

However, she points out that because the study only looked at people from one research center, it does not necessarily represent other populations.

She and her colleagues maintain that the most important aspect of their investigation is that it shows how competing risk analysis can impact research into dementia. They wish, she adds, “to advocate for its adoption in the appropriate areas of study.”

“To be clear, we are absolutely not promoting smoking in any way. We’re saying that smoking doesn’t appear to cause dementia in this population.”

What can cause a rash under the breast? 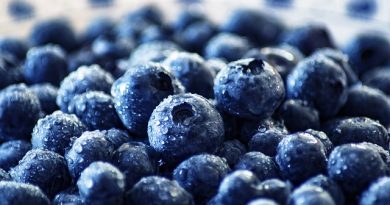 Can blueberries improve aging and health?