Nearly two million babies are stillborn every year, with 84 per cent of cases occurring in low- and lower middle-income countries, says an 8 October report by WHO, UNICEF and partners.

The report says that a stillbirth occurs every 16 seconds. It defines stillbirth as “a baby born with no signs of life at 28 weeks of pregnancy or more”.

Over the past two decades, the report said, the world has suffered a total of 48 million stillbirths. “If current trends continue, an additional 20 million stillbirths will take place before 2030, placing immense and unjust strain on women, families and society,” says the report, based on data from 117 countries.

According to the report, stillbirths occur mostly due to lack of adequate quality care during pregnancy and childbirth. Important challenges in this context include lack of investment in pregnancy and childbirth-related health services. “The tragedy of stillbirth shows how vital it is to reinforce and maintain essential health services, and how critical it is to increase investment in nurses and midwives,” Tedros Adhanom Ghebreyesus, director-general of WHO, said in a statement.

The report noted that rural areas in both high- and low-income countries had higher stillbirth rates, compared to urban areas. For instance, in Nepal, minority caste women showed 40—60 per cent increased stillbirth rates compared to women from upper castes.

According to the report, stillbirth numbers might go up globally due to the disruption on the health care system in many countries caused by the pandemic. COVID-19 could lead to an estimated 60,000—200,000 additional stillbirth cases—causing a 3.2—11.1 per cent increase in stillbirths globally (over 12 months), the report added.

“There has been very little progress in reducing the global burden of stillbirths in low- and middle-income countries, Manisha Nair, associate professor and senior epidemiologist at the Nuffield Department of Population Health, University of Oxford, UK, tells SciDev.Net. “This report [also] highlights the danger of COVID-19 pandemic [in] reversing the little gains that have been made across decades,” she tells SciDev.Net.

Nair adds that many countries have shown progress in increasing women’s access to antenatal care and birth in health centres, but the pandemic has adversely affected access.

The majority of the causes and risk factors for [stillbirth] in developing countries are infection, antepartum haemorrhage, pregnancy induced hypertension and complication during labor. These can be prevented through high quality antenatal care (so that disease conditions can be screened), better nutrition, intrapartum foetal heart rate monitoring, and early decision to [take] action if the fetal condition deteriorates during labor.”

According to Ashish, high quality antenatal and intrapartum care require the strengthening of health systems and health institutions. “This is important during the COVID-19 pandemic as developing countries are struggling to manage the disease outbreak and ensure routine care for women,” he says. 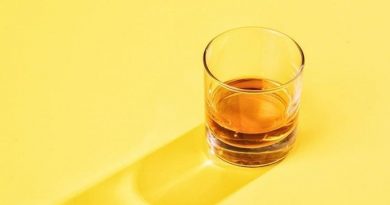