Rockland County Executive Ed Day said more than 500 immunizations have been administered since he announced the ban on Tuesday.

“We’ve gotten their attention,” he said in an interview with “The Exchange.”

And that was the point. “We’re not enforcing it by having people check people and things of that nature. But basically people simply understand now that we are serious about this,” said Day.

The county, located in the northern suburbs of New York City, is one of six locations in the U.S. experiencing a measles outbreak, according to the Centers for Disease Control and Prevention. There have been 157 reported cases in Rockland County since October 2018.

In response, government officials declared a state of emergency on Tuesday and banned unvaccinated children in public places, including shopping malls, schools and restaurants, for 30 days.

“We believe we are on the right path right now to get at least 93 percent immunization rate with the first shot,” Day said.

The current rate for those under 18 is 72 percent, he noted. Health officials say the best way to stop the disease’s spread is a vaccination rate in the community of 92 to 95 percent.

The vaccine used for measles, called MMR, also protects against mumps and rubella and is administered in two doses. The CDC recommends the first be given at 12 through 15 months of age and the second at 4 through 6 years of age. The combination is 97 percent effective at preventing the disease, while one dose is about 93 percent effective, the CDC’s website states.

What’s happening in Rockland County is part of a growing anti-immunization trend. Parents, especially in wealthier and more highly educated pockets of the country, are refusing to get their children vaccinated. The Nassau-Suffolk area of New York, which encompasses most of Long Island, has the highest refusal rate: 14.2 percent of parents there declined to give their infants at least one vaccine, according to a January 2018 report from Blue Cross Blue Shield.

“There is way too much of ‘all about me’ going on. This is a greater good situation,” Day said. “Herd immunity is critically important.” 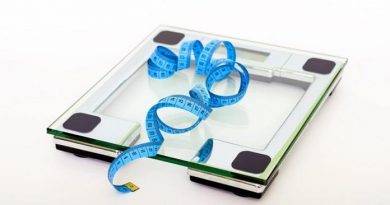 Regaining weight: What are the effects on your health?

Is it safe to mix Flagyl and alcohol?