National security advisor, John Bolton, right, attends a meeting with President Donald Trump and President of Chile, Sebastian Piñera in the Oval Office of the White House on September 28, 2018 in Washington, DC.

Former national security advisor John Bolton said Friday that President Donald Trump‘s failure to think strategically worsened the impact of the coronavirus in the United States, and warned that his former boss’s decisions could actually get worse if the president is re-elected this fall.

“I’m actually worried that the second term might be worse than the first term,” Bolton said when asked by CNBC’s Steve Sedgwick about whether he believes there would be any change in how Trump makes decisions if he defeats Democratic nominee Joe Biden.

Bolton, who was interviewed via Zoom at the European House Ambrosetti Forum, served as Trump’s national security advisor from April 2018 to September 2019, when the president fired him in a tweet.

This summer he published a book critical of Trump, “The Room Where It Happened: A White House Memoir,” after the Trump administration failed in legal efforts to delay its release.

Bolton said that during his tenure, “In many cases, the president came to decisions in the national security space that I agreed with.”

“But he did it not because of the merits of the argument in favor of a particular policy, but because of the fear of the political blowback he would get domestically if he went in a different direction,” said Bolton.

He said that if Trump is re-elected, “that political guardrail is, if it’s not eliminated entirely, it’s certainly minimized.”

“And so I think the possibility for erratic decisions centered on what Trump perceives as his own personal good fortune increases and the political pressure to move in other directions decreases,” Bolton said.

Bolton said that the coronavirus pandemic, which has killed more than 186,000 Americans, underscores the risk of Trump’s thought process.

“And the handling of the coronavirus pandemic tragically has reflected the utter lack of strategy beginning in January and continuing right through until today in September,” Bolton said. “And I think it’s made it much worse than it could have been and could foreshadow even more damage.”

A new forecast from the Institute for Health Metrics and Evaluation at the University of Washington predicts that U.S. deaths from Covid-19 will top 400,000 by end of the year.

Bolton said that the president earlier this year “at first didn’t want to hear about a virus coming from China, about “a pandemic could harm the economy in the US, which he saw as his ticket to reelection.”

Bolton added, “So I think we lost a lot of time at the beginning. I think we then overreacted in some cases under reacted and others, all of which shows thinking that’s far from strategic.”

The White House had no comment about Bolton’s remarks.

But Trump himself boasted of his response to the Covid-19 crisis in comments to reporters Friday.

“The numbers are way down,” Trump said, referring to coronavirus infection and mortality rates, after saying that a vaccine would be coming soon.

“We’re very proud of the job we’re doing,” he said. 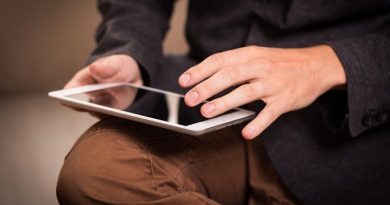 Glycemic index: Everything you need to know