Joe Biden’s pick of California Sen. Kamala Harris as his running mate brings him a powerful ally in the fight against the coronavirus if the two win the 2020 presidential election.

Harris has pushed for free Covid-19 testing, free masks as well as legislation aimed at addressing health-care disparities in communities of color as the virus continues to rapidly spread throughout the United States. More than 5.1 million people in the U.S. have contracted the disease so far and at least 164,500 have died as of Wednesday.

Harris has called for a slew of changes aimed at protecting American taxpayers, including federal laws barring landlords from evicting renters and monthly checks for Americans who make less than $120,000.

Biden and Harris will likely need to clearly define how they would respond to the virus differently than President Donald Trump, who has come under intense criticism by public health officials and infectious disease specialists for his handling of the virus. After months of resisting calls to wear face mask — even saying people wore them to signal their disapproval of him — Trump urged Americans to start wearing them late last month.

Here’s where Harris stands on the coronavirus:

Late last month, Harris signed on to a bill led by Vermont Sen. Bernie Sanders that aims to provide face masks to all Americans at no cost.

Scientists say the virus can spread through respiratory droplets that pass when an infected person coughs, sneezes or even breathes. Studies suggest the masks may serve as a helpful barrier to spreading infection. More than half of states have implemented a mask mandate of some kind.

The $5 billion proposal, known as the Masks for All Act, would use the Defense Production Act to increase the production of masks in the U.S. and distribute three reusable masks via the U.S. Postal Service to every American at no cost.

“The fact is, this administration’s handling of the COVID-19 pandemic has been a failure,” Harris said in a July 28 press release. “Its inaction when it comes to fully implementing the Defense Production Act and preparing our country’s stockpile of protective equipment and supplies, including masks, has been disastrous and deadly.”

Earlier this year, Harris introduced legislation that would create a task force that would address racial disparities related to the coronavirus pandemic.

Black, Latino and other ethnic minorities are not only getting Covid-19 at higher rates but also dying at a disproportionately higher rate, studies have shown. Income inequality and disparities in access to health care, which generally lead to poorer diets and overall health, tend to hurt minority and lower-income populations more than others.

“Any crisis hits those who were in crisis before the hardest,” she told the Washington Post in an interview published in April. “And the reality is that this public health crisis has shone a microscope on the gross disparities that existed based on race, based on income, long before we ever heard the word ‘coronavirus.'”

Harris’ proposal, called the COVID-19 Racial and Ethnic Disparities Task Force Act, would establish a team under the Department of Health and Human Services. The group, which would consist of health and policy experts, would make recommendations to the Federal Emergency Management Agency and Congress, including how best to allocate critical Covid-19 resources like personal protective equipment, ventilators, testing kits, testing supplies and vaccines when available.

Harris, Sanders and Sen. Ed Markey introduced the Monthly Economic Crisis Support Act in May, which would give most Americans $2,000 a month during the pandemic as business shutdown and people struggled to find work.

“We got to help people get through this crisis,” she said on MSNBC’s “All in with Chris Hayes” in a July 16 interview. “Together with Bernie Sanders and Ed Markey proposing that we not just have that one time check of $1,200 through the course of this crisis. We need to give people $2,000 a month as recurrent payments.”

The legislation would provide a direct monthly payment of $2,000 to people who make up to $120,000 throughout the crisis and for three months after it. Married couples filing jointly would receive $4,000, and parents would get $2,000 per child for up to three children.

Congress is expected to pass another round of stimulus checks this year, though the new proposals are similar to the $1,200 bill earlier this year.

A ban on evictions

As of last month, as many as 40 million Americans are thought to be at risk of losing their homes in the middle of the global health crisis, worse than during the Great Recession. Nearly 2-in-5 tenants across the country, particularly low-wage workers, are in danger of being served eviction notices, according to analysis from Stout Risius Ross, an investment consulting firm.

Trump has since signed an executive order aimed at preventing evictions, though some are skeptical it will prevent people from losing their homes.

Coverage for vaccines and drugs

Harris co-sponsored a bill last month that would allow Medicaid programs to pay for hospitalization, drugs and vaccines for individuals with Covid-19 who are uninsured. Medicaid already covers the cost of coronavirus testing.

More than 70 million Americans are enrolled in Medicaid and The Children’s Health Insurance Program as of April, according to Medicaid.gov.

Currently, many hospitals are using antiviral drug remdesivir, produced by Gilead Sciences, to treat patients with Covid-19. The intravenous drug, which has been shown to help shorten the recovery time of some hospitalized patients.

How to manage diabetes 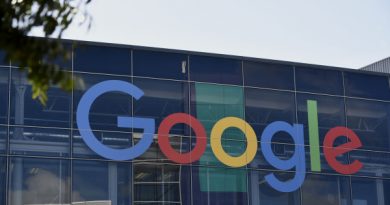