Everyone goes through puberty slightly differently, but there are puberty stages that usually happen at certain ages in a young person’s development.

In this article, we look at the stages of puberty for males and females, and the ways that parents and caregivers can help to support kids through this time.

Females start puberty sooner than males. Puberty in females most often begins between the ages of 8 and 13 years. The process may continue until they are 14 years old, although this can be later.

The first stage of puberty includes prepuberty changes. These are changes that start to happen in the body but are not yet visible.

One of the first physical changes females will notice during puberty is their breasts starting to grow.

The initial stage of growth is breast buds. Slight swelling appears under the nipple, and the area of skin around the nipple, known as the areola, will start to get bigger.

The breasts will then slowly start to grow during puberty. Females may experience some tenderness or itchiness as the breasts begin to change. It is usual for each breast to grow at slightly different rates, which will often even out over time.

Females will also start to notice more hair growing in places such as their legs and arms. At around 12 years old, on average, females will begin to see hair growth under the arms.

Pubic hair will start growing along the labia and will gradually become thicker, curlier, and cover a larger area of the vulva. In the final stages of puberty, pubic hair may grow around the top of the thighs.

Females will usually begin their period roughly 2 years after their breasts have started to grow. They might get their first period anywhere between 10 and 16.5 years old. It is also normal for females to have white vaginal discharge.

Females may also increase in weight and have more body fat around the upper arms, thighs, and back. Hips tend to become wider, while the waist narrows.

At 17–18 years old, breasts are usually fully developed. Breasts can continue to grow up until the early 20s, though.

One of the first changes in males during puberty is the scrotum enlarging and becoming darker. Once the scrotum and testes begin growing, the penis also starts to grow.

Males will start growing pubic hair at the base of the penis, which will then gradually cover a larger area around the genitals. As pubic hair grows, it becomes darker and coarser.

In the later stages of puberty, pubic hair may spread to the thighs and stomach. Males will also have hair growth under their arms, legs, and usually on their face and chest.

Height changes can happen in growth spurts, where teenagers may grow very quickly over several months. A period of slower growth may then follow. Males also become more muscular during puberty.

Hormonal changes during puberty can sometimes cause slight breast swelling in males. Breast swelling is a common and temporary stage of male puberty.

As the voice begins to deepen, males may find their voice “breaks.” This means the voice may go through a period of switching between sounding deep and high before it becomes permanently deeper.

Males may start having erections as the body begins to produce sperm. Males may also have ejaculations while they sleep, which people may refer to as “wet dreams.”

Some people may experience puberty later or earlier than usual. This can sometimes be a sign of an underlying medical condition, so people should see their doctor.

If people experience puberty early, a doctor may refer to this as precocious puberty.

In females, early puberty is the appearance of puberty signs and symptoms before the age of 8, such as:

For males, early puberty is the appearance of puberty signs and symptoms before the age of 9, such as:

Early puberty may be a result of an underlying medical condition. Some causes of early puberty include:

Delayed puberty means there are no physical signs of puberty in females by the age of 13 or males by 14 years old.

Symptoms of delayed puberty in females include:

Symptoms of delayed puberty in males include:

Kids go through many physical and emotional changes during puberty and may experience:

Both males and females may develop acne during puberty. This is because of their body changes and increases in hormone production. These developments can create excess oil, which contributes to the start of acne. Washing the face daily with a cleanser may help to keep acne under control.

Sometimes, certain body parts, such as hands, feet, arms, and legs, will grow more quickly than the rest of the body. This may cause temporary clumsiness and a slight lack of coordination.

Parents and caregivers may want to discuss these issues with their teenagers to ease any embarrassment or anxiety they may feel about their changing bodies.

Teenagers may start experiencing romantic or sexual feelings for people of the opposite or same sex. Some teenagers may also feel uncomfortable about their assigned gender.

Talking through these issues with teenagers and giving them plenty of support can help them address any anxiety or confusing emotions they may be experiencing through puberty.

Advice from Planned Parenthood, which discusses how to talk through puberty with teenagers, may be helpful.

Although everyone will experience puberty slightly differently, particular physical changes occur that signal puberty. If people experience puberty symptoms a lot later or earlier than the standard stages, it may indicate an underlying medical condition, and people should see their doctor.

Some individuals may feel anxious or embarrassed about the changes to their bodies during puberty. Parents and caregivers may find that discussing the stages of puberty with their preteen or teenager might help to ease their worries. 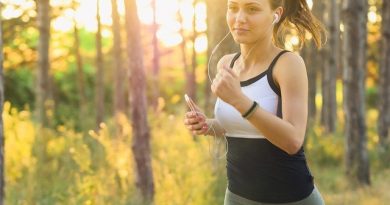 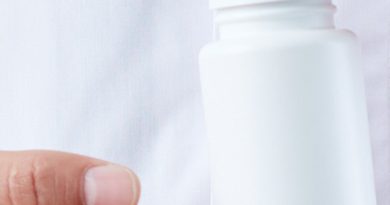 Without the coronavirus pandemic, these jobs probably wouldn’t have existed

Workers who can do their jobs from home are being forced to do so by the coronavirus, and many of

MEXICO BEACH, Florida—Waiting out a Category 5 storm was not on Hal Summers’ bucket list. But in the days leading