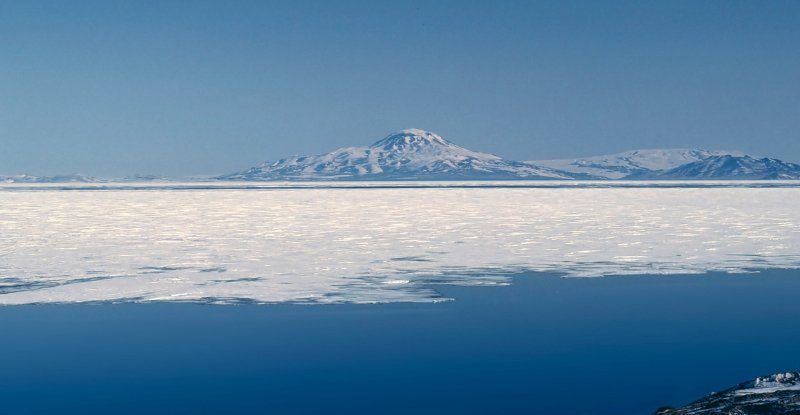 We know that our planet has experienced warmer periods in the past, during the Pliocene geological epoch around three million years ago.

Our research, published today, shows that up to one third of Antarctica’s ice sheet melted during this period, causing sea levels to rise by as much as 20 metres above present levels in coming centuries.

We were able to measure past changes in sea level by drilling cores at a site in New Zealand, known as the Whanganui Basin, which contains shallow marine sediments of arguably the highest resolution in the world.

Using a new method we developed to predict the water level from the size of sand particle moved by waves, we constructed a record of global sea-level change with significantly more precision than previously possible.

The Pliocene was the last time atmospheric carbon dioxide concentrations were above 400 parts per million and Earth’s temperature was 2°C warmer than pre-industrial times.

We show that warming of more than 2°C could set off widespread melting in Antarctica once again and our planet could be hurtling back to the future, towards a climate that existed three million years ago.

Last week we saw unprecedented global protests under the banner of Greta Thunberg’s #FridaysForFuture climate strikes, as the urgency of keeping global warming below the Paris Agreement target of 2°C hit home.

Thunberg captured collective frustration when she chastised the United Nations for not acting earlier on the scientific evidence. Her plea resonated as she reminded us that:

With today’s emissions levels, that remaining CO₂ budget [1.5°C] will be entirely gone in less than eight and a half years.

At the current rate of global emissions we may be back in the Pliocene by 2030 and we will have exceeded the 2°C Paris target. One of the most critical questions facing humanity is how much and how fast global sea levels will rise.

According to the recent special report on the world’s oceans and cryosphere by the Intergovernmental Panel on Climate Change (IPCC), glaciers and polar ice sheets continue to lose mass at an accelerating rate, but the contribution of polar ice sheets, in particular the Antarctic ice sheet, to future sea level rise remains difficult to constrain.

But of course climate change doesn’t magically stop after the year 2100.

Drilling back to the future

To better predict what we are committing the world’s future coastlines to we need to understand polar ice sheet sensitivity. If we want to know how much the oceans will rise at 400ppm CO₂, the Pliocene epoch is a good comparison.

Back in 2015, we drilled cores of sediment deposited during the Pliocene, preserved beneath the rugged hill country at the Whanganui Basin. One of us (Timothy Naish) has worked in this area for almost 30 years and identified more than 50 fluctuations in global sea level during the last 3.5 million years of Earth’s history.

Global sea levels had gone up and down in response to natural climate cycles, known as Milankovitch cycles, which are caused by long-term changes in Earths solar orbit every 20,000, 40,000 and 100,000 years. These changes in turn cause polar ice sheets to grow or melt.

While sea levels were thought to have fluctuated by several tens of metres, up until now efforts to reconstruct the precise amplitude had been thwarted by difficulties due to Earth deformation processes and the incomplete nature of many of the cycles.

Our research used a well-established theoretical relationship between the size of the particles transported by waves on the continental shelf and the depth to the seabed. We then applied this method to 800 metres of drill core and outcrop, representing continuous sediment sequences that span a time period from 2.5 to 3.3 million years ago.

We show that during the Pliocene, global sea levels regularly fluctuated between five to 25 metres. We accounted for local tectonic land movements and regional sea-level changes caused by gravitational and crustal changes to determine the sea-level estimates, known as the PlioSeaNZ sea-level record.

This provides an approximation of changes in global mean sea level.

Our study also shows that most of the sea-level rise during the Pliocene came from Antarctica’s ice sheets. During the warm Pliocene, the geography of Earth’s continents and oceans and the size of polar ice sheets were similar to today, with only a small ice sheet on Greenland during the warmest period.

The melting of the Greenland ice sheet would have contributed at most five metres to the maximum 25 metres of global sea-level rise recorded at Whanganui Basin.

Already, we are observing warm circumpolar deep water upwelling and entering ice shelf cavities in several sites around Antarctica today. Along the Amundsen Sea coast of West Antarctica, where the ocean has been heating the most, the ice sheet is thinning and retreating the fastest.

One third of Antarctica’s ice sheet — the equivalent to up to 20 metres of sea-level rise — is grounded below sea level and vulnerable to widespread collapse from ocean heating.

This could result in large parts of the ice sheet being committed to melt-down over the coming centuries, reshaping shorelines around the world. 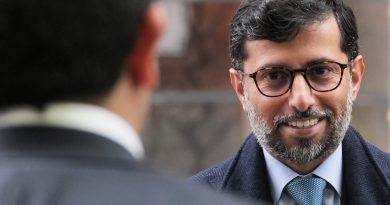 UAE ‘unconditionally’ supports OPEC+ supply increase, but says no to a bad deal 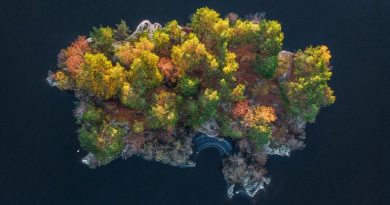 For the first time in years, Earth Overshoot Day has been pushed to a later date 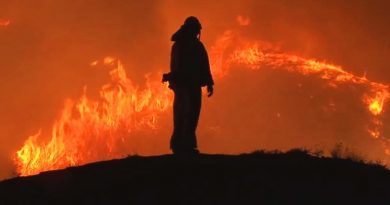