The term “metabolic syndrome” describes a cluster of health risk factors, including obesity around the waist, insulin resistance, high blood pressure, and dyslipidemia, which refers to high total cholesterol levels or high levels of “bad” cholesterol.

Together, these risk factors may compromise a person’s cardiometabolic health, putting people at risk of cardiovascular disease and type 2 diabetes.

Recent studies have shown that the composition of our gut bacteria plays an important role in obesity-related conditions, such as metabolic syndrome, and that tweaking the bacterial balance in our guts by administering specific strains could be a valid avenue for treatment.

For instance, a study that Medical News Today reported on in 2016 found that A. muciniphila, a bacterium that lives in the mucus layer of the gut, can prevent obesity and obesity-related type 2 diabetes in mice when administered in pasteurized form.

The study in question was led by Prof. Patrice Cani, a researcher at the Louvain Drug Research Institute at the University of Louvain, Belgium, together with Prof. Willem de Vos, of the University of Wageningen, in the Netherlands.

Prof. Cani and colleagues — who have been studying the role of Akkermansia in cardiometabolic health since 2007 — also showed that “administration of live or pasteurized A. muciniphila grown on the synthetic medium is safe in humans.”

However, at the time, the researchers were not able to prove that the bacterium had the same benefits in humans as it did in mice.

Now, in a new study in humans, Prof. Cani and his team confirm that giving A. muciniphila as a nutritional supplement to people with metabolic syndrome improves their cardiometabolic health, in the same way that it has in mice.

The researchers published their findings in the journal Nature Medicine.

In the current study, the research team gave Akkermansia to participants who were either overweight or obese. The research was a “randomized, double-blind, placebo-controlled pilot study” that enrolled 40 individuals, 32 of whom finished the clinical phase of the study.

The participants — who had prediabetes and metabolic syndrome — were assigned to three groups: a group that received a placebo, another that received live Akkermansia, and a group that took the pasteurized bacteria as a nutritional supplement. The study lasted for 3 months.

The researchers aimed primarily to assess the safety and tolerability of the supplement, as well as its impact on metabolic parameters, such as insulin resistance, circulating lipids, fat around the waistline, and body mass.

“A. muciniphila bacteria, either live or pasteurized for [3] months, was safe and well tolerated,” concluded the study. Importantly, people who took the bacteria showed reduced markers of inflammation in the liver, slight reductions in body weight, fat mass, and hip circumference and lower cholesterol levels.

By contrast, the markers of metabolic health continued to deteriorate in people who took the placebo. Prof. Cani and the team conclude:

“[This pilot study] shows that the intervention was safe and well tolerated and that supplementation with A. muciniphila improves several metabolic parameters.”

The research, which was a proof-of-concept study, shows that administering pasteurized Akkermansia to humans as a dietary supplement reduces cardiometabolic risk factors.

Furthermore, suggest the researchers, if the findings are replicated in a large-scale study, the bacteria could be sold commercially as dietary supplements by the year 2021. 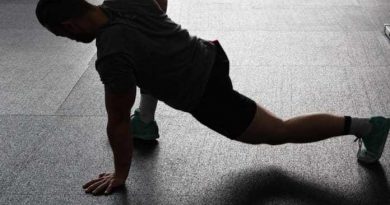 Can fathers pass on the health benefits of exercise?

What are the signs that you might have asthma?