In some cases, sleep laughing has links to sleep disorders. In rare cases, hypnogely can be a symptom of a neurological disorder.

Although Sigmund Freud and other prominent psychoanalysts have attributed sleep laughing to an unconscious manifestation of primal instincts and fears, experts dismiss this theory as not being entirely credible.

Laughing while asleep is usually normal and harmless.

In most cases, laughing while asleep is a natural response to something that occurs during a dream. The dream can often seem to be odd, bizarre, or not funny upon waking.

Random eye movement (REM) sleep is the deepest stage of sleep, and it is the only time that people dream. It is the last stage in the sleep cycle. During this time, most people experience muscle atonia, which means that the body has shut down and is effectively in paralysis.

Most people will experience sleep laughing in the second half of the night, and it may wake them up.

It is difficult to measure how common it is, as people do not usually report it. However, it does seem to happen fairly frequently.

One study found that 33–44% of a small sample of middle school children had laughed in their sleep at least once during the previous 6 months.

The same study showed that 73% of a nonclinical sample of undergraduate students reported being aware of at least one hypnogely event per year.

In most cases, it is both normal and harmless. However, some causes of sleep laughter may require closer attention.

Early Freudian theories that described sleep laughing as an unconscious manifestation of primal instinct or fears have limited credibility nowadays.

The most common cause of laughing while asleep is having a strange dream. Sleep partners will often describe a chuckling or giggling, which tends to wake the dreamer up. Once awake, they may say that the dream was odd or bizarre rather than funny.

In rarer cases, hypnogely can be a sign of another health condition.

This causes them to act out their dreams with physical movements such as wild, flailing limbs. This can result in injuries to the person or their sleep partner. It tends to get worse over time.

Less than 1% of all people have this sleep disorder, but it is more common in older males. It mostly affects males over the age of 50, and the average age of onset is around 60 years.

People with a neurological condition such as Parkinson’s disease or multiple system atrophy are up to 50% more likely to develop RBD than those without such conditions.

Excess alcohol consumption or alcohol withdrawal, sleep deprivation, and medication side effects can all play a role in the development of RBD.

A specialist doctor will diagnose RBD during an overnight sleep study called a polysomnogram. The most common treatment is anticonvulsant medications.

Experts also recommend making the bedroom a safer environment. This involves taking steps such as moving tables, clocks, and lamps away from the side of the bed.

Gelastic seizures may start with a headache.

In rare cases, sleep laughing can have links to neurological conditions. As mentioned above, people with conditions such as Parkinson’s disease are more likely to experience RBD, which, in turn, can cause hypnogely.

Other conditions, such as hypothalamic hamartoma (HH), can cause gelastic seizures. These are bouts of uncontrolled laughter or giggling. They can happen at any time but often occur as the person is falling asleep.

HH is congenital, meaning that people are born with it. The average age of onset is around 10 months.

Gelastic seizures can happen many times per day and last around 10–20 seconds. They may start with a butterfly-type sensation in the tummy, a tickling in the chest, or a headache.

The person might look startled or scared and exhibit automatic behaviors such as lip smacking or swallowing before the seizure starts.

Babies often laugh in their sleep. Experts do not fully understand why, but it is very common and not usually anything to worry about. In fact, many parenting websites talk about the joy of hearing babies giggle while sleeping.

In very rare cases, it might be a symptom of an underlying health condition. A cause for concern may be if the baby is having several uncontrollable bouts of laughter throughout the day accompanied by other unusual behaviors, such as those detailed above.

Caregivers should speak to a doctor if this is the case.

Laughing during sleep is common in adults and babies alike. Among adults, the most common cause is amusement in a dream. The cause is unclear in babies, but it is usually not anything to worry about.

Sometimes, the laughter may be a symptom of the sleep disorder RBD, during which people act out their dreams. If this is the case, physical movements such as flailing limbs will usually accompany a person’s laughter.

In rare cases, it might signal a neurological condition that causes bouts of uncontrollable laughter throughout the day.

In the absence of any other unusual behavior, however, laughing while asleep is perfectly normal.

Is this a better way to deliver drugs to the brain? 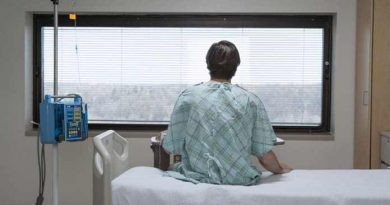 Does a cancer diagnosis worsen outcomes after a heart procedure? 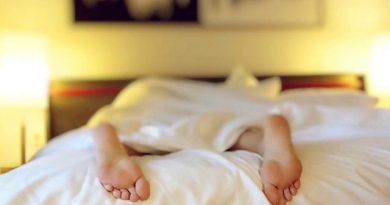