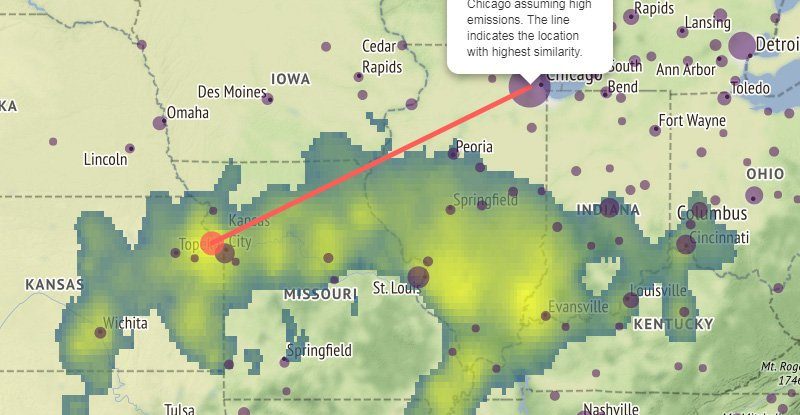 When you’re older, your hometown will feel different. That’s true for everybody. But for people living today, the changes will be impossible to ignore.

We usually measure climate change in terms of rising temperatures. But scientists say there’s another way of thinking about it: spatial displacement.

In a new study, researchers say cities in North America by the year 2080 will basically feel like they’re about 500 miles (800 km) away from where they currently are – in terms of the drastic changes that are taking place in their climate.

That’s an average result – based on projections for 540 urban areas across the US and Canada – assuming carbon emissions stay on course at their current, dismal, business-as-usual rates.

But this 500-mile trek isn’t just a random city-hop in any random direction. It’s almost universally headed south – where, in North America at least, places generally become hotter and wetter. 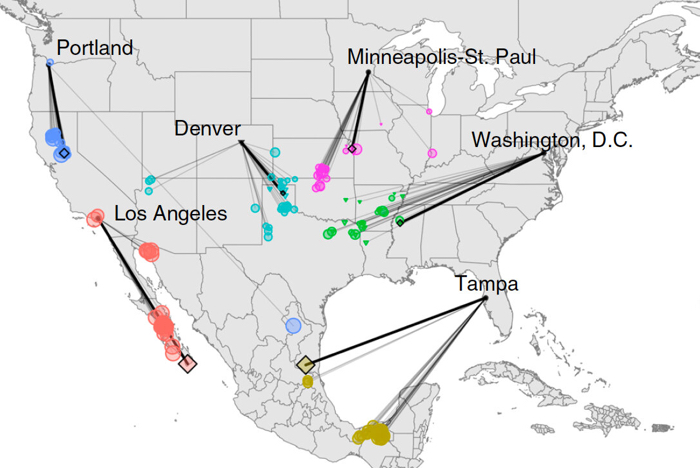 These “climatic analogues” – which you can explore yourself on an interactive map designed by study co-author Matt Fitzpatrick from the University of Maryland Centre for Environmental Science – were designed to provide “a more relatable, place-based assessment of climate change”.

And Houston’s climate will cross over into Mexican territory, and there’s nothing any border wall could do to stop it.

“We can use this technique to translate a future forecast into something we can better conceptualise and link to our own experiences,” says Fitzpatrick.

“It’s my hope that people have that ‘wow’ moment, and it sinks in for the first time the scale of the changes we’re expecting in a single generation.”

Still, at the current rate of carbon emissions, many transformations that are known to be taking place cannot be easily conceptualised, according to the data.

In the study, the researchers found that many places in North America today don’t actually have existing climatic analogues; their projected future weather is a dystopia we haven’t encountered before.

“For many urban areas, we found substantial differences between future climate and the best contemporary climatic analogue,” the authors write, “underscoring that by the 2080s many cities could experience novel climates with no modern equivalent in the study domain.”

Basically, unless we do something about this right now, North American cities – and cities everywhere – are going hot places they really don’t want to be going.

Some of these places you can drive to in your car today. Some don’t exist yet.

But your hometown is definitely transforming, make no mistake about that.

The findings are reported in Nature Communications. 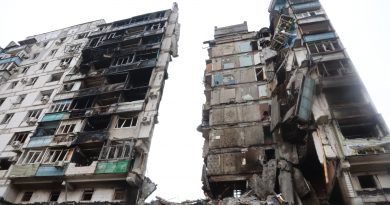 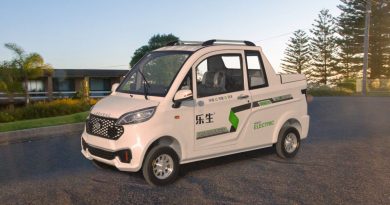