Skip to content
HEALTH
January 16, 2019 ENR
Amazon is the e-commerce giant, a behemoth in cloud computing and an aspiring player in the pharmacy business. Across those industries, Amazon is scaring everyone, forcing them to partner up to defend themselves.

The latest deal was announced on Tuesday, when drug store chain Walgreens said it’s teaming up with Microsoft for a seven-year agreement that includes exploring digital health opportunities within stores and developing software for managing patient engagement.

Walgreens and other pharmacy companies are paying particularly close attention to Amazon after it bought online pharmacy PillPack in June for $1 billion. The acquisition came after Amazon had already eaten into sales of household items like paper towels and shampoo, which consumers traditionally bought in local retail stores, often while picking up a prescription.

While Amazon shares have climbed 28 percent in the past year, Walgreens is down 5.6 percent and CVS has plunged 19 percent. Both pharmacy companies have started redesigning stores to add more health services in hopes of driving traffic to their physical locations. When it comes to the online experience, they need the expertise of technology companies, which have learned how to acquire customers and keep them engaged and loyal.

Under the new deal with Microsoft, Walgreens is signing up more than 380,000 employees for its Microsoft 365 cloud apps offering and will move most of its information technology workloads to the Azure public cloud.

Stephen Buck, a drug supply chain expert, said it’s a notable development. Back in June, after the PillPack deal, Walgreens CEO Stefano Pessina said he was “not particularly worried” about Amazon.

And what’s in it for Microsoft?

Health care is a massive market that can’t be ignored. Yet it’s insulated and tightly regulated. Microsoft and Alphabet have both been hiring industry experts and advisers, such as former Cleveland Clinic CEO Toby Cosgrove, who recently joined Google Cloud, to help them get their cloud technology into the right hands.

Partnerships are also critical. Gaining adoption at a large enterprise like Walgreens gives cloud technology providers the credibility they need to go after other companies in the space and helps educate them about the market and the many players — pharmacists, patients, doctors and other groups.

Within health care, Microsoft and Alphabet both need to keep pace with Amazon Web Services, which has been building its business across the industry and has the most market share.

Pessina said at a recent conference that no market is more complicated for cloud providers than health care. For tech companies to enter in a significant way, they will have to “buy or to team up,” he said. 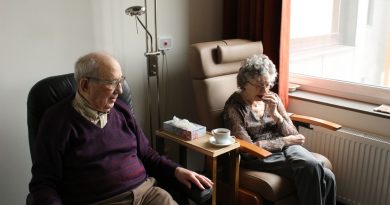 Older adults who drink tea are less likely to be depressed

What are the perks and problems of being a night owl?

Biden and Bloomberg are bigger threats to Big Pharma than Warren, analyst says