The innovative scientists who discovered insulin won a Nobel prize, but the discovery also caused controversy.

The discovery of insulin occurred in 1921 following the ideas of a Canadian orthopedic surgeon named Frederick G. Banting, the chemistry skills of his assistant Charles Best, and John MacLeod of the University of Toronto in Canada.

Several conflicting accounts of the discovery of insulin have circulated over the years, and even the Nobel Prize awarded for its discovery in 1923 came into question years later.

In this article, we look at the people responsible for this groundbreaking diabetes treatment.

The history of insulin

A group of people discovered insulin.

The understanding of diabetes has been developing for thousands of years; even the ancient Greeks knew about it and would diagnose diabetes by tasting urine.

The awareness that certain states of urine and levels of thirst related to blood sugar levels has grown over the centuries.

These two scientists observed the development of severe diabetes in the space of 3 weeks, including symptoms that will be familiar to people with the condition today, including:

The first physiologist to suggest that the pancreatic islets, or the islets of Langerhans, might be driving the effects of the pancreas on blood sugar control was Sir Edward Albert Sharpey-Schäfer, who first made these claims around 1894.

While he did not isolate the substance we now understand to be insulin, he used the term “insuline” to describe this yet undiscovered substance and pointed to both its existence and its importance in 1913.

In 1901, scientists had found that ligating, or tying up, the pancreatic duct in dogs, cats, and rabbits destroyed many of the cells that produced hormones in the pancreas.

However, the islets of Langerhans, which modern scientists now know produce insulin, were still intact. Importantly, there were no signs of blood sugar in the urine, which is a common symptom of diabetes. This was the first clear indication that the islet cells did play a role in the development of diabetes.

In 1921, Dr. Frederick G. Banting became the first individual to isolate the secretions from the islet cells and tout them as a potential treatment for diabetes.

He observed that other scientists might have failed to find insulin because digestive enzymes had destroyed the insulin before anyone could extract it.

Banting’s plan was to tie up the pancreatic ducts of laboratory dogs until the cells that produce the enzymes degenerated, leaving the sturdy islet cells alive. He would then extract the residue.

Banting was not knowledgeable enough about new developments in testing blood sugar to check for diabetes accurately, so he checked the urine, which was less reliable.

However, the idea was not new — other scientists had also tried to produce extracts from the pancreas that reduced blood sugar — nor was it particularly useful because Banting could only isolate small amounts of the hormone.

Besides, the extract appeared to have toxic properties and caused severe side effects, including pain and fever, in animals.

Banting was no expert in the field of carbohydrate metabolism, so when he requested laboratory space and facilities from Professor John James Rickard Macleod, Head of Physiology at the University of Toronto, the esteemed physiologist was at first reluctant.

However, Banting’s persistence and the possibility of more reliable results persuaded MacLeod to donate laboratory space. While tying up the pancreas to make it break down was not a new investigative tool, the idea of isolating islets due to their slower degeneration was of keen interest to Macleod.

Nobody had attempted to extract islets from a fully degenerated pancreas.

Banting took on an assistant, Charles Herbert Best, to help with isolating insulin. Macleod helped with the general structure of the research, and Best specialized in the chemical testing of blood to check glucose levels.

The aim was to ligate a dog’s pancreas until it broke down and started to produce the extract of islets. This extract would then be given to other dogs without pancreases to gauge its effects on diabetes.

Progress was initially slow. Banting struggled with animal surgery, and 7 of the 10 duct-tied dogs died. Banting and Best had to resort to buying potentially black-market dogs on the street for a few Canadian dollars.

On July 27th, they had finally prepared a dog with a successfully removed pancreas and a dog with tied pancreatic ducts. Three days later, the researchers froze the degenerated pancreas, ground it into a paste and filtered it, before warming it to room temperature and injecting 5 milliliters (ml) into the dog with no pancreas.

Scientists took blood samples from the dog every 30 minutes and saw a temporary drop in blood sugar from 0.2 percent to 0.12 percent. The dog died the next morning due to an infection, but the scientists noted the first signs of anti-diabetic action from the extract, which they had named isletin.

While many of their experiments failed, resulting in deaths of the laboratory dogs, Banting and team saw regular enough drops in blood sugar levels as a result of their extract that they were confident in the anti-diabetic properties of isletin, which would later become insulin.

Banting and Best then decided that instead of breaking down the pancreas gradually, they would use a hormone called secretin to overwork and exhaust the pancreas, in the hope that this would reduce the toxic effects while still providing the insulin.

The procedure to obtain secretin was difficult and impractical but demonstrated a safer way to extract insulin from the pancreas.

They also faced the challenge of trying to collect an extract of pancreatic solution without destroying the active ingredient — the substance that creates the therapeutic effect in medicine — in this case, the insulin.

The next challenge was to find a method of producing islet cells, and therefore insulin, on a mass scale, so that it would have some use as a wide-scale medicine for diabetes.

Realizing that a supply of dogs for pancreas ligation was going to limit the progress of the research, Banting and Best moved on to using the pancreas of cows as source material.

By adapting their processes of extracting and concentrating the solution, the scientists managed to produce a substance that contained a greater amount of the active ingredient (insulin). They then injected this extract into one of the laboratory dogs that did not have a pancreas.

The dog’s blood sugar dropped from 0.46 percent to 0.18 percent — a massive improvement. Cost-effective and widely available, they believed that cow pancreas was their way forward.

At this point, MacLeod diverted all other resources into supporting this research. However, tension between Banting and MacLeod was escalating, as Banting felt that MacLeod was taking credit for his work.

MacLeod, on the other hand, was becoming frustrated with Banting’s attitude and constant suspicion.

James Bertram Collip, an established Canadian biochemist, came into the fold to work on purifying insulin. Once he had achieved a suitable level of purity, they tested it first on rabbits, then humans.

However, insulin did not pass its first clinical trials.

The first test involved a 14-year-old boy with severe diabetes. While the extract led to a drop in blood sugar from 0.44 percent to 0.32 percent and a small reduction in the amount of glucose excreted, an abscess developed at the site of injection and ketone levels, another indicator of diabetes, did not change.

Collip worked on purifying the extract even further, and the second clinical trial, which took place on 23rd January, 1922, saw immediate and profound success. Blood sugar levels in the same 14-year-old boy reduced from 0.52 percent to 0.12 percent within 24 hours, and ketones vanished from the urine. The amount of excreted glucose dropped from 71.1 grams (g) to 8.7 g.

The trial leaders repeated these significant improvements across six more patients over the next month.

While all these experiments were taking place, Banting had mainly been preparing dogs for experiments and finding new ways to make insulin for mass production and had little involvement in the trials or resulting papers.

Banting became desperate to gain recognition, and by late 1922 his anger and disappointment began to cause conflict. At one point, Collip threatened to leave the group without passing on his purification process. Banting reportedly came to blows with him in university halls.

While many different reports still circulate about who should be given the credit for discovering insulin, it was Banting who started the wheels in motion — despite his limited experience in the field — and put together a team that developed the most significant advancement for diabetes management.

The Canadian 100 dollar bill commemorates the Nobel Prize for the discovery of insulin.

In 1923, a Danish physiologist called August Kroch put forward a joint Nobel Prize nomination for Banting and MacLeod, based on Banting’s idea and MacLeod’s guidance.

Banting was the first Nobel nominee from Canada, and a bottle of insulin now takes pride of place on the Canadian 100 dollar bill as a result.

However, the Nobel committee could only award the coveted prize to between one and three people. Banting was furious on hearing about MacLeod’s co-nomination, believing that Best should have been given the nomination instead, and nearly turned down the award.

However, he had a change of heart and instead shared his credit and prize money with Best. When MacLeod found out, he did the same with Collip.

Years later, long after Banting’s death in a plane crash in 1941, the official history of the Nobel Prize publicly acknowledged Best’s contribution to the development of insulin.

A team of people discovered insulin.

Frederick G. Banting came up with a way to extract pancreatic extract in 1921; John MacLeod, the head of physiology at The University of Toronto, oversaw this process; Charles Best, Banting’s assistant, helped refine the process, and a biochemist named James Collip helped to purify insulin even further to make it clinically useful. 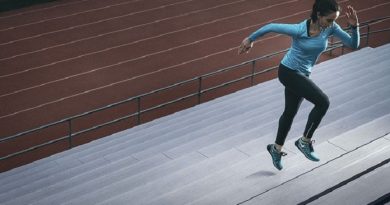 What is aerobic conditioning?

Do vaccinations result in anti-SARS-CoV-2 antibodies in human milk?