The new platform enables large brands, agencies, and enterprises to mint hundreds of millions of NFTs a day, scaling up an operation that previously took months using blockchain technology. It’s being formally announced later on Tuesday during a keynote that MoonPay CEO Ivan Soto-Wright is giving at Radio City Music Hall as part of this week’s NFT.NYC conference in New York City.

The platform and its underlying technology present a big opportunity for legacy brands like Universal and Fox that are sitting on decades of intellectual property.

NFTs are digital assets that represent real-world objects — such as art, music and real estate — and can’t be replicated. In the past few months, big brands from every industry, including Coca-Cola, McDonald’s, Nike, Gucci and the National Football League, have brought NFTs into their marketing initiatives.

“The potential of NFTs goes beyond collecting; it’s the utility. You can essentially program anything into these NFTs over time, which is why we decided to focus on this new product offering,” Soto-Wright told CNBC. “That’s really making this shift possible; to go beyond collectability and program utility into these NFTs and there needs to be enterprise-grade tooling.”

How we chose the Disruptor 50 companies

What happens after the crash for cash-burning tech companies

Where the billions being spent on autonomous vehicles is heading

The company hoping to beat Warren Buffett’s bet on dialysis

How America’s towns and cities are getting a climate retrofit

Soto-Wright has previously said the firm aims to make crypto accessible to the masses in the same way that video-conferencing tools like Zoom made it easier to make calls over the internet.

MoonPay’s pitch to investors is that it offers a “gateway” to digital assets. For now, that includes bitcoin, ether and other digital tokens like NFTs. The recent market volatility and risk-off investor environment hasn’t been kind to crypto trading, but Soto-Wright’s vision is to expand the platform to include everything from digital fashion to tokenized stocks.

The company’s latest product launch comes amid an extended selloff in cryptocurrencies, as investors continue to grapple with aggressive interest rate hikes from the Federal Reserve and a worsening liquidity crunch that has pushed major players into financial difficulty. The crypto space is still reeling from the fallout of the $60 billion collapse of two major tokens last month.

“It’s been a rough few months for crypto,” Soto-Wright said. “I’ve seen many of these different cycles before. I’ve seen this movie. There’s always going to be periods of volatility. It’s a brand new asset class and we have a brand new subset of that asset class, which is NFTs.”

MoonPay says it has been profitable since launching its platform in 2019. Its service is now used by more than 10 million customers in 160 countries. Last month, MoonPay added more than 60 celebrity investors to its balance sheet, including Justin Bieber, Gwyneth Paltrow, Snoop Dogg and Ashton Kutcher, among others. Combined, its new investors poured $87 million into a previously announced $555 million funding round led by Tiger Global and Coatue, valuing the company at $3.4 billion.

Bitcoin rebounded on Monday, after the cryptocurrency fell below its 2017 high over the weekend, when it traded as low as $17,601.58. Bitcoin still sits 70% below its all-time high, hit in November, and it is down 57% year-to-date. Ether was higher in trading on Monday as well.

“I think it makes sense that we’re going to go through periods of price discovery and irrational exuberance … people eventually start to question the value of things and I think that’s why the shift beyond looking at NFTs as collectibles, but being able to program utility into them is going to be very, very important,” Soto-Wright said. “We need to take that tool set and arm the biggest brands and the biggest creators to work through the use cases that are going to actually matter.”

Disclosure: Comcast is the parent company of NBCUniversal and CNBC.

MoonPay ranked No. 44 on this year’s CNBC Disruptor 50 list. Sign up for our weekly, original newsletter that goes beyond the annual Disruptor 50 list, offering a closer look at list-making companies and their innovative founders. 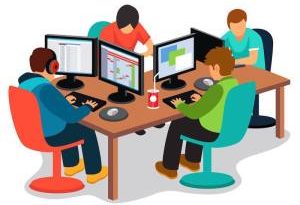 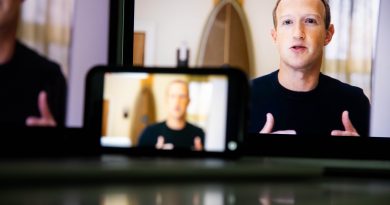 Execs seemed confused about the metaverse on Q3 earnings calls