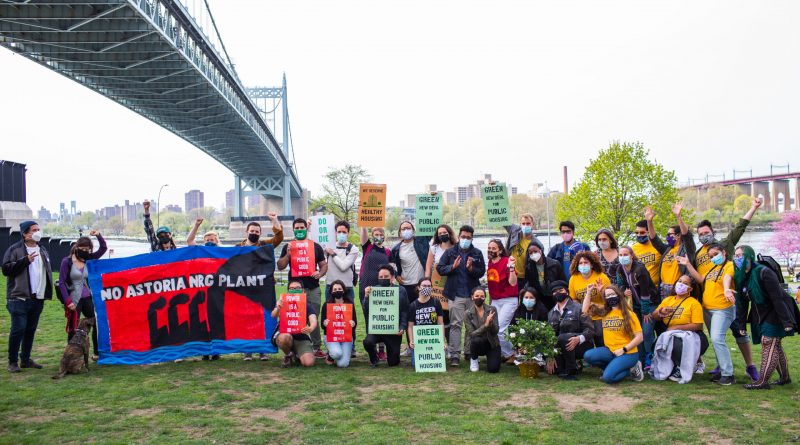 When the sky over New York City filled with smoke last week from massive wildfires burning thousands of miles away on the West Coast, prompting weather forecasters to issue air quality alerts across three states, climate advocates called the threat the latest consequence of a rapidly warming world.

Maria Beri simply worried that the haze, turned red by the sun, would trigger her asthma.

The Puerto Rico native and Queens resident of 30 years lives less than a mile from two power plants that burn oil and natural gas to make electricity, and she often fears what she and her family are breathing.

“The fumes and the pollution in the area is difficult to deal with,” said Beri, who also suffers from chronic obstructive pulmonary disease, an ailment associated with exposure to smoke. “My neighbors, they’re using the portable oxygen tank.”

In Astoria and the adjacent Long Island City neighborhood, air quality has long been an issue. According to the city, the two neighborhoods have above-average levels of fine particulate air pollution, or PM 2.5, an especially harmful soot linked to elevated rates of asthma, chronic lung illness and cardiovascular disease.

The microscopic particles, which can lodge themselves deep in the respiratory tract, causing irritation and inflammation, are often created by the burning of fossil fuels and are responsible for more than 50,000 premature deaths in the United States every year, according to recent research.

Now one of those plants near Beri’s home is under consideration for an upgrade that could keep the 50-year-old facility operating and burning fossil fuels for decades to come. Last year, its owner—utility giant NRG Energy—revived its proposal to replace the oil-burning power plant with a new one that burns natural gas.

New York City’s so-called “peaker plants” only operate during times of high demand, such as particularly hot or cold days. And energy companies that have proposed upgrading old ones, like the one in Astoria, have often argued that the projects will reduce overall pollution while also meeting the city’s growing and insatiable demand for electricity.

Retrofitting the Astoria plant would also reduce the state’s greenhouse gas emissions by more than five million tons through the year 2035 by replacing dirtier oil with gas and making the facility more efficient, NRG said.

But the proposal saw immediate backlash from several progressive lawmakers and environmental and social justice groups that said the new natural gas plant would lock the state into relying on fossil fuels for decades, fly in the face of the state’s climate law that requires a drastic reduction in carbon emissions by mid-century and continue to pollute in an already overburdened community where many residents are immigrants and live below the poverty line.

“Frontline and diverse communities, like the ones we represent, stand to be disproportionately exposed” to “real health hazards,” nine New York lawmakers, including liberal firebrand Alexandria Ocasio-Cortez, wrote to Gov. Andrew Cuomo back in March, asking him to block the project. “A gas-fired power plant would further degrade air quality in neighborhoods already ridden with toxic fossil fuel power plants and elevated levels of asthma.”

Earlier this month, Senate Majority Leader Chuck Schumer (D-N.Y.) visited Astoria to oppose the project as part of a larger Democratic campaign to rally support for a federal clean electricity standard and the creation of a Civilian Climate Corps. Both of those measures could be included in the Democrat’s sweeping $3.5 trillion budget reconciliation bill that aims to include the climate-related proposals that were mostly stripped from the bipartisan infrastructure deal that emerged last month.

“If we do nothing to stop global warming within a few years, every year will be worse than Covid,” Schumer said at the July 9 press conference, according to HuffPost. “We do not need and cannot afford, with the existential threat to our planet, any more coal, oil or gas.”

Last year, a similar campaign arose around the controversial Williams Northeast Supply Enhancement pipeline, which would have delivered fracked natural gas 37 miles from the shale fields of Pennsylvania to New York City and Long Island.

State regulators eventually denied a key permit for that project, in part because it was “inconsistent” with New York’s 2019 climate law—landmark legislation that requires the state to transition its power sector to net-zero emissions by 2040 and reduce overall greenhouse gas emissions 85 percent below 1990 levels by 2050.

Climate activists hope the state will make similar rulings on proposals to build three new natural gas peaker plants around the state, including the project in Astoria.

The plants only operate for a fraction of the year. In 2019, the vast majority of New York City’s 19 peaker plants operated for less than 5 percent of the time, or fewer than 500 hours, according to a March report by the PEAK coalition, a consortium of New York environmental and social justice advocacy groups that oppose construction of new fossil fuel infrastructure.

“As demonstrated recently across the country, the need for reliable power in our urban areas during heat waves is as great as ever,” NRG spokesperson Dave Schrader wrote in an email. “No combination of renewable technologies available today can, by themselves, reliably power Queens, let alone New York City.”

But activists with the PEAK coalition disagree and have laid out a plan to replace the city’s peaker plants with a combination of rooftop solar, offshore wind and battery storage by 2030. Renewable energy has become far more feasible in recent years, particularly as the cost of solar panels and lithium-ion batteries continue to fall.

For example, a massive 300 megawatt battery storage unit recently built in California is capable of powering hundreds of thousands of homes for up to four hours before having to recharge.

Still, replacing New York City’s entire fleet of peaker plants, and the 6,093 megawatts in capacity that they provide the electric grid, would be difficult. Activists with the PEAK coalition admit that such a task would require serious cooperation and funding from local, state and federal governments.

“The report recognizes that this accelerated clean energy transition, while technically feasible and cost-effective, will require a new era of alignment, coordination, and shared commitment to a renewable energy framework and policies by public agencies and regulators,” the PEAK coalition report’s authors wrote.

Last month, the New York Department of Environmental Conservation opened a new public comment period regarding the Astoria project, saying it appears to have “substantial greenhouse gas emissions” and “would be inconsistent” with the state’s climate law―a signal the project could see a similar fate as the Williams pipeline.

If blocked on climate-related grounds, the Astoria plant would be just the second fossil fuel project in state history denied approval because of the state’s climate law. That would send a powerful message to developers that New York is no longer considering fossil fuel development, said Peter Iwanowicz, executive director of Environmental Advocates of New York and a former acting commissioner of the Department of Environmental Conservation.

Last week, the New York Climate Action Council―a 22-member committee charged with figuring out how the state will reach its climate targets―reevaluated New York’s current greenhouse gas emissions totals and determined the state was seriously off track to meet its legally binding benchmarks.

“What it really boils down to is we can’t afford even another ton of carbon dioxide emissions emitted in our inventory,” said Iwanowicz, who also sits on the state’s Climate Action Council. “We cannot be permitting anything that is going to add more carbon emissions … there’s no room for it.”

A federal clean electricity standard would aim to achieve the same results as New York’s climate law, but at a national level. By making the power sector’s emissions reductions targets legally binding, regulators must consider how proposed projects will contribute to the nation’s rising carbon emissions, and―at least in theory―start denying projects that threaten those targets.

At the same press event where Sen. Schumer denounced the Astoria project, he quickly pivoted to the national clean electricity standard, which could be included in the Democrats’ proposed $3.5 trillion reconciliation bill, and the importance of passing it. Schumer was an early supporter of New York’s climate law and now is in a position where he can potentially replicate it nationally, Iwanowicz said.

For months, Schumer, Ocasio-Cortez and Vermont’s Sen. Bernie Sanders have been campaigning for support of their massive package, hoping to win votes not only from potentially receptive Republicans, but from moderates in the Democratic party, like West Virginia’s Sen. Joe Manchin.

Democrats only hold a narrow 51-50 majority in the Senate, and the defection of even one party member could sink the proposal. That could be a major problem for President Biden’s climate agenda. Manchin has vocally opposed any measure that would result in the elimination of fossil fuel use. Earlier this month, Manchin said he was “very, very disturbed” by the climate provisions in the reconciliation bill and suggested that getting rid of fossil fuels won’t “clean up the global climate” but make it “worse.”

For many organizers in New York, they hope the growing national conversation around climate change will translate to momentum in local fights, including convincing the state’s Democratic governor to block the proposals to build three new gas power plants in Astoria, Brooklyn’s Gowanus neighborhood and the city of Newbergh.

“These fossil fuel plants aren’t what we need,” said Patrick Houston, an environmental justice organizer with New York Communities for Change. “Regardless of what market signals that these companies are getting, that doesn’t matter when somebody has a kid that suffers from asthma.”

Kristoffer Tigue is a New York City-based reporter for Inside Climate News, where he covers environmental justice issues, writes the Today’s Climate newsletter and manages ICN’s social media. His work has been published in Reuters, Scientific American, Public Radio International and CNBC. Tigue holds a Master’s degree in journalism from the Missouri School of Journalism, where his feature writing won several Missouri Press Association awards. 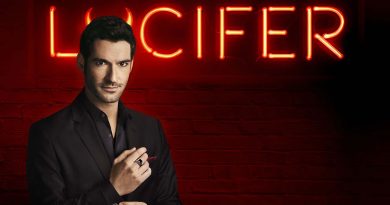 What’s in a Name? ‘Lucifer’ Star Wants Fans to Give Wedding Gifts to Planned Parenthood 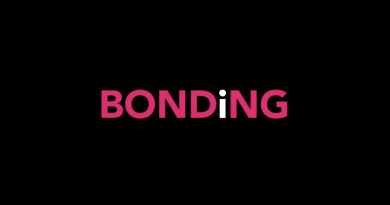 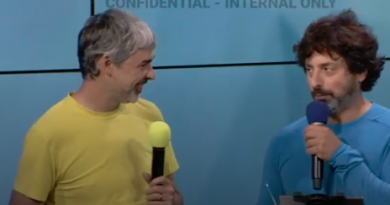