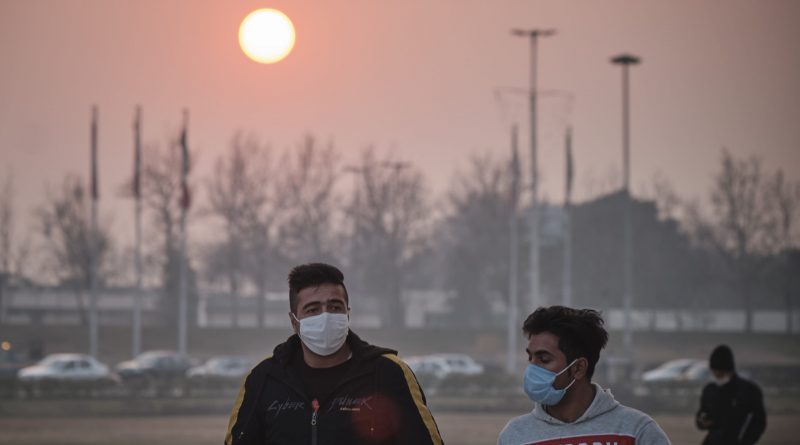 Efforts to slow the Covid-19 pandemic early last year by restricting travel and various forms of commerce pushed greenhouse gas emissions down, at least for a few months. But that didn’t slow global warming, as 2020 tied with 2016 as Earth’s warmest year on record and atmospheric greenhouse gases reached a new high.

And the economic slowdown also affected emissions of short-lived pollutants other than greenhouse gases that actually cool the planet. The reduction of those emissions sharply heated parts of the planet for several months. The most warming, about 0.7 degrees Fahrenheit, was over the United States and Russia between March and June, according to a study published last week in Geophysical Research Letters.

The scientists picked apart the complex climate influences of different types of emissions from power plants, motor vehicles, industrial facilities and other sources to show that the warming was caused by a reduction of tiny airborne industrial pollution particles called aerosols that make clouds brighter, causing them to reflect more solar heat away from the surface of the planet.

The biggest emissions decline was from the most polluting industries. “That had immediate, short-term effects on temperatures,” said Andrew Gettelman, a climate scientist at the National Center for Atmospheric Research and lead author of the study. It’s well known that certain types of pollution cool the planet, “so it makes sense that pollution reductions would warm the planet,” he said.

Carbon dioxide spreads throughout the Earth’s atmosphere and stays there for a century or more to trap heat on a global scale. Industrial aerosols, by contrast, stay concentrated much closer to where they are emitted and are often removed by rain and winds within a few weeks, so their cooling effect doesn’t spread as far or last as long.

So the warming from the reduced emission of aerosols was short-lived and not nearly as pronounced in less industrial regions or in the Southern Hemisphere. Spread around the globe, the temporary warming effect may have averaged out to about 0.2 degrees Fahrenheit, said Penn State climate scientist Michael Mann, who was not involved in the study.

“That’s not trivial, but it reminds us that the greenhouse gases are the gorilla in the room, and our focus has to remain on decarbonizing our civilization as quickly as possible,” he said. “I guess I would call this nature’s modest ‘tax’ on our efforts to reduce carbon pollution. Just as the paying of income tax doesn’t offset the economic advantage of having a job, the warming effect of reduced aerosols doesn’t offset the cooling effect of reducing the burning of coal and other fossil fuels.”

The Complex Dance of Aerosols

Scientists have long been able to quantify the warming effect of carbon dioxide, the main pollutant that traps heat in the Earth’s atmosphere. But Gettelman said it’s harder to pin down the climatic influence of various aerosols, including sulfates, nitrates, black carbon and dust. All of them, as small particles, are harmful to the health of people who breathe them. But they only stay in the atmosphere for a few days or weeks, and their effect on the climate can change from hour to hour as they interact with wind, moisture and other atmospheric elements.

Figuring out how the climate responds to increases and decreases in such pollution requires understanding those complex interactions. And the sudden, short-term decline during the pandemic represented a “natural laboratory for unintended experiments,” he said.

At the start of the year, Gettelman’s science team was preparing to study the climate effects of aerosols in a different context, based on new regulations for fuel used by large ships.

“All of a sudden, that all changed in March, and led to a different set of emissions changes,” he said, describing how the researchers shifted gears to look at how the economic slowdown shifted the effect of aerosols on the climate.

Other scientists were already studying how the pandemic response changed greenhouse gas emissions, and that data was a good starting point to measure how the drop in aerosols affected the climate.

Gettelman and his team did experiments with two different models to simulate the climate with and without the changes in aerosol levels. That enabled the scientists to identify the impacts of aerosol emission reductions that were too small to see just from daily climate observations.

Co-author Piers Forster, a climate physicist and director of the Priestley Centre at the University of Leeds, likened the study to preparing weather forecasts.

“We’re good at predicting the weather day to day with models, and that’s precisely what you do in this work,” he said. “You do two different weather forecasts, one with the aerosol changes and one without.” In this case, the forecasts were actually recreations of the weather conditions from March to June with and without the aerosol reduction to document its warming effect, he said.

Aerosols’ impacts don’t stop with the short-term regional warming effect identified by the new study. The drop in pollution had a visible effect on air quality in some regions, reducing the airborne amounts of particulates and gases like ozone that harm human health. In parts of India, skies cleared to reveal views of the Himalaya that had been mostly hidden by industrial haze for decades.

A study published Aug. 11 in the Proceedings of the National Academy of Sciences showed that concentrations of some of the most dangerous pollutants dropped by up to 60 percent, mostly driven by reductions in emissions from transportation, in a subset of countries with strict lockdown measures.

And other recent NOAA research zoomed in on how aerosols from ship exhausts interact with low clouds over the ocean. That study didn’t look specifically at changes related to the pandemic, but has implications for potential geoengineering schemes that aim to cool the planet by intentionally adding aerosols to brighten clouds and make them reflect more incoming solar radiation away from the planet.

The scientists found that previous studies probably overestimated the cooling effect of clouds forming around the tiny aerosol particles from ships because the clouds are so short-lived.

That makes it hard to capture their effect in a climate simulation, said researcher Franziska Glassmeier, formerly with the Cooperative Institute for Research in Environmental Studies at the University of Colorado Boulder. That may have led the models to overestimate the amount that aerosols from ships increase the cooling effect of clouds by as much as 200 percent, she said.

“Our results show that even in terms of cloud physics, marine cloud brightening may not be as straightforward as it may seem,” Glassmeier said, cautioning that geoengineering that relies on aerosols brightening clouds could backfire. “A poorly planned project could even result in the opposite of what was intended. There is still a lot to learn about how these tiny aerosol particles influence clouds and eventually climate.”

Aerosols may also have more widespread regional and seasonal effects on weather patterns, including climate extremes like severe storms. A Nature Climate Change study published in February 2020 looked at those effects from 1970 to 2005, a time period when new regulations limited certain types of pollution which reduced aerosols regionally. That decline had an overall warming effect and strengthened westerly winds, which resulted in a “significant suppression in extreme events over northern Eurasia.”

“Understanding the full impact of human activities on the climate, you have to look at the bigger picture,” Forster, from the Priestley Centre, said. “Aerosols are just one small part of the puzzle, which also includes understanding how greenhouse gases, primarily carbon dioxide, are absorbed by natural systems like plankton and forests.” 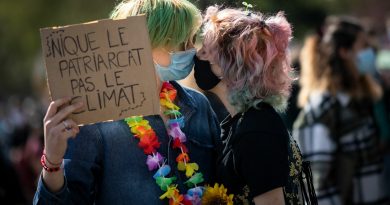 Warming Trends: A Flag for Antarctica, Lonely Hearts ‘Hot for Climate Change Activists,’ and How to Check Your Environmental Handprint 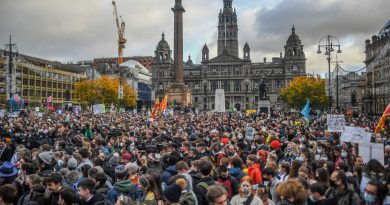 At COP26, Youth Activists From Around the World Call Out Decades of Delay 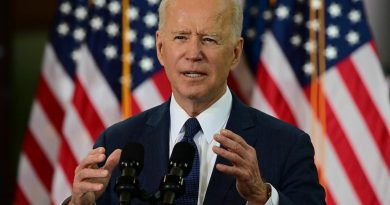