The United States reported a record one-day spike of 126,400 new cases of the coronavirus as medical experts warn that the outbreak is worsening across the country and could lead to a devastating winter.

The U.S. has now reported a new record one-day spike in cases everyday over the past three days, according to data compiled by Johns Hopkins University. Over the past seven days, the country has reported an average of more than 98,500 new cases as of Friday, up over 25% compared with a week ago, according to a CNBC analysis of data from Hopkins.

It’s not just cases that are rising; 19 states reported a record-high number of people currently hospitalized with Covid-19, based on a seven-day average, according to a CNBC analysis of data compiled by the Covid Tracking Project, which is run by journalists at The Atlantic.

The average number of people currently hospitalized with Covid-19 is up by at least 5% in 38 states, according to CNBC’s analysis of Covid Tracking Project’s data.

The surge in new cases and hospitalizations are prompting officials in some states and cities to roll out new restrictions, though they’re not nearly as severe as the lockdown measures implemented in March and April. The governor of Connecticut last week rolled back the state’s reopening amid early signs of an expanding outbreak. In Massachusetts, the governor has imposed a curfew on some businesses and asked residents to remain home between 10 p.m. and 5 a.m.

In El Paso, Texas, County Judge Ricardo Samaniego ordered the closure of all nonessential businesses as hospitals there were beginning to get overwhelmed by the rise in Covid-19 patients. And Illinois Gov. J.B. Pritzker rolled out new restrictions on businesses in Chicago and some surrounding counties amid a rise in cases there.

Epidemiologists and medical experts are warning that the dynamics of this phase of the pandemic are different from what the country experienced in the spring and summer. Whereas earlier in the pandemic, the virus was spreading in certain parts of the country, it’s now spreading rapidly in nearly every community across the country, Christine Peterson, an epidemiologist at the University of Iowa, said in a phone interview.

In the spring, the virus spread most widely in the New York City-area as well as in a handful of other cities. In the summer, it spread most rapidly across the so-called Sun Belt. But now, data from Hopkins shows that adjusted for population, the virus is spreading most rapidly across the American heartland, such as the Dakotas, Wisconsin and Iowa.

Remote health systems in these areas might find themselves more easily overwhelmed by an influx of Covid-19 patients than medical centers in big cities, Peterson said. She added that while doctors have learned a lot about how to effectively treat Covid-19 patients, that doesn’t mean every doctor is equipped to do so.

“The thing to remember is doctors, as a population, have learned how to treat this better, but that doesn’t mean that the doctor in northeastern Iowa has seen this disease,” she said. “They’re seeing it now; they didn’t see it in March.”

Dr. Megan Ranney, an emergency physician and director of the Brown Lifespan Center for Digital Health, said in an interview with CNBC that “the worst days of the pandemic are almost certainly still ahead of us.”

She said maintaining a strong health-care workforce will be a real challenge in the months ahead. The country still has a limited supply of personal protective equipment like masks and medical gowns that protect health workers against infection, she said. Not to mention, doctors and nurses are increasingly exhausted by the relentless surge of new Covid-19 patients, she added.

“Whereas in those early phases, we were able to direct some extra resources to the places that were hardest hit, now, we are watching it spread everywhere so that every American is at risk but also every hospital and every health-care system is getting stressed out,” she said. 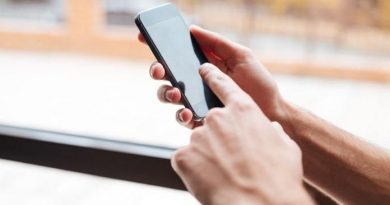 What are the best hepatitis C drugs?