The use of bariatric surgery to treat severe obesity in adolescents, and the racial disparities in access to that treatment, were analyzed in a retrospective study published in Annals of Surgery by researchers at The University of Texas Health Science Center at Houston (UTHealth).

Nearly 19% of children and adolescents in the U.S. are obese. Because many obese children become obese adults, childhood obesity can be linked to mortality and morbidity in adulthood, making it one of the leading causes of death in the U.S. Ethnic minority groups have the highest rates of severe obesity in the country.

It’s no surprise that childhood obesity has been a challenge in this country from both a public health and clinical standpoint for decades. What is most alarming is that over the past five to 10 years, we have seen an increase in those who have severe obesity. This group of patients is growing at three times the pace of adolescents who are obese.”

Pediatricians often suggest lifestyle modifications such as changes in diet to reduce calorie intake and increased physical activity. However, dietary and behavioral changes alone have not been proven to be successful in treating children and adolescents with severe obesity.

Messiah and other researchers suggested in the paper that bariatric surgery, commonly known as weight loss surgery, in combination with lifestyle changes, could be the best option for treating severely obese adolescents.

“The American Academy of Pediatrics supports the use of bariatric surgery in adolescents because evidence shows that it works and is safe. Pharmaceutical treatment options are very limited and have mixed results, and unfortunately for those who are already severely obese, lifestyle changes won’t be enough,” Messiah said.

Bariatric surgery is a minimally invasive surgery that alters the stomach or intestines to help obese patients lose weight.

By obtaining data from the American Society for Metabolic and Bariatric Surgery, researchers found that although obese adolescents are turning to weight loss surgery as a way to lose a significant amount of weight, many of those who are severely obese, especially Hispanic and Black adolescents, are not being offered that treatment option.

“There is a big disconnect between those who are getting the surgery and those who need it. Research has shown that this is a safe and effective way to help these children get their life on track, but the issue is bariatric surgery is not being utilized to treat obesity among ethnic minority groups,” Messiah said.

According to the study, more than 10% of Hispanic and Black youth suffer from severe obesity in the U.S., yet their rates of completing weight loss surgery are well below that of white youth. Data used by researchers show that in 2018, 68.5% of youth who completed bariatric surgery were white, versus 18.5% Hispanic and 15.5% Black youth.

“More pediatricians need to refer these patients to surgeons if they are a good candidate to help get their patients on a healthier path,” Messiah said.

Although bariatric surgery is an invasive treatment option, and perhaps not an agreeable weight loss solution for many youth and their families, Messiah says it is an evidence-based safe option. “Research shows that readmission into hospitals post-surgery due to any complications is low. Out of surgeries performed between 2017 and 2018, only 3.4% of youth patients were readmitted to the hospital,” Messiah said.

Most recently, studies have shown that both adult and pediatric patients with obesity are at a high risk of severe illness or death if they were to contract COVID-19.

“The bottom line is, most adolescents will not lose the weight on their own, and utilizing bariatric surgery is a safe and effective way to help treat this problem before it is too late,” Messiah said. “We need to start intervening earlier so that they can enter adulthood healthier.” 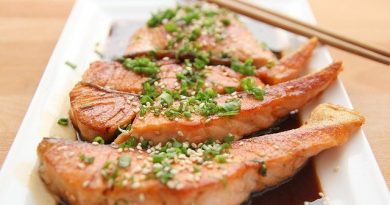