The Alzheimer’s Biomarkers Consortium – Down Syndrome (ABC-DS), a multi-institution research team, co-led by members from the University of California, Irvine, has been awarded an unprecedented five-year, $109 million grant by the National Institutes of Health (NIH), to expand research on the biomarkers of Alzheimer’s disease in adults with Down syndrome.

UCI principal investigators Elizabeth Head, PhD, professor and vice chair for research in the Department of Pathology & Laboratory Medicine, and Mark Mapstone, PhD, professor in the Department of Neurology, both at the UCI School of Medicine, are renowned researchers in the area of aging and Alzheimer’s disease in Down syndrome. Together, they will co-lead the international project, along with their colleagues from the University of Pittsburgh and the University of Wisconsin, aimed at improving the quality of life of our aging population through advancing progress toward effective prevention and treatment of Alzheimer’s disease (AD).

It’s an honor to be involved in this landmark study and to participate in an historic opportunity to collaborate with world-class researchers across the world in an effort to better understand Down syndrome and aging. Not to mention, the timing of this announcement couldn’t be more appropriate, considering October is Down Syndrome Awareness Month.”

Other members of the team include Ira T. Lott, MD, professor emeritus in the Departments of Pediatrics and Neurology at the UCI School of Medicine. Lott is an award winning pediatric neurologist who initiated the Down Syndrome Program through UCI’s Alzheimer Disease Research Center 25 years ago. Eric Doran, MS, manager of the UCI Down syndrome research program, follows people with Down syndrome as they age. Other UCI schools participating in the cross-disciplinary team include the School of School of Biological Sciences and UCI Institute for Memory Impairments and Neurological Disorders (MIND). David Keator, PhD, research professor in the UCI Department of Psychiatry & Human Behavior, and Michael Yassa, PhD, director of the UCI Center for Neurolobiology of Learning and Memory, and professor in the Department of Neurobiology & Behavior at the UCI School of Biological Sciences, both have critical roles in the ABC-DS program overseeing the neuroimaging component of the study.

“It’s tremendously encouraging to see this kind of support for Alzheimer’s disease and Down syndrome research,” said Michael J. Stamos, dean for the UCI School of Medicine. “The awareness is building on a national scale and is certainly reflected in the environment at UCI, where we recently approved a new Center for Down syndrome research that will get underway in the coming months.”

Down syndrome is the most common neurodevelopmental disorder affecting over 250,000 individuals in United States. People with Down syndrome have a very high risk of developing Alzheimer’s disease and nearly all have the brain pathology (amyloid plaques) of Alzheimer’s at death.

“Their risk is thought to come from the fact that they have three copies of chromosome 21, where a key gene that produces amyloid is found. Because they have three copies of the gene, instead of two, they overproduce amyloid which is the key pathology of Alzheimer’s disease,” said Mapstone. “By expanding our research and increasing our studies involving Alzheimer’s risk in people with Down syndrome, we have a tremendous opportunity to better understand the development of the disease. This may lead us to new preventative therapies and treatments for Alzheimer’s in people with Down syndrome and the general population.”

Funding support for this award is provided by NIH’s National Institute on Aging, the Eunice Kennedy Shriver National Institute of Child Health and Human Development and the INCLUDE (INvestigation of Co-occurring conditions across the Lifespan to Understand Down syndromE) project. The INCLUDE project seeks to investigate conditions that affect individuals with Down syndrome and the general population, such as Alzheimer’s disease, autism, cataracts, celiac disease, congenital heart disease and diabetes.

The research teams will assess and examine a wide range of data from biofluid biomarkers to genetic factors, neuroimaging, and everyday cognitive and psychological function. Researchers will see participants every 16 months for up to four visits. 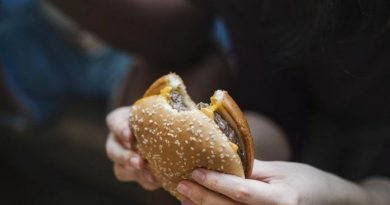 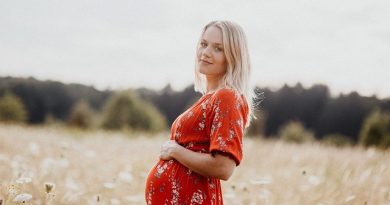