Anthem, the second largest insurer in the U.S., is teaming up with Apple and a range of other collaborators on a study to investigate how people diagnosed with asthma could use consumer devices, like Apple Watch, to better manage their condition.

The study is being conducted by U.C .Irvine, with the data collection and analysis provided by the health-tech company CareEvolution. it’s designed to be virtual, meaning that participants don’t need to go to study sites in person.

The two-year study is looking at whether data collected from the iPhone and Apple Watch can help people with asthma predict potentially serious outcomes, which could lead to hospitalization. About 1.8 million people end up in emergency rooms from asthma each year. 1 in 14 people overall have the condition.

That makes asthma a big source of cost for health plans, including Anthem, which offers coverage to both commercial populations and lower-income populations through Medicaid.

“We hope this study can help the medical community produce new insights about asthma control and can identify effective digital tools that can help empower people around the world to better manage their condition,” said Myoung Cha, Apple’s Head of Health Strategic Initiatives, in a statement.

This study marks the first real step that Apple has taken toward helping people with asthma. In 2019, the company acquired Tueo Health, a start-up that was working on monitoring asthma detection in children. The company’s co-founder Bronwyn Harris still works at Apple Health, according to LinkedIn, although Apple has not specified if there’s a link between the two projects.

Currently, the Anthem study isn’t designed to help those under 18 who are diagnosed with the disease.

The study has slots for 900 people with asthma between the ages of 18 and 64. Participants will need to be a member of a health plan run by Anthem or one of its affiliates, and must have their own iPhone.

They’ll receive a Beddit sleep monitor and Apple Watch, then will be placed into two groups: An active group, which will use the devices, and a control group, which won’t. (The study is designed as a randomized control trial, which aims to reduce bias when testing the effectiveness of a treatment or intervention.)

The active group will use a so-called “digital asthma tool,” which includes daily symptom and trigger tracking and nudges based on on changes in signals from the Apple Watch’s health sensors, including heart rate, activity and a new feature for measuring blood oxygen levels. A participant might see, for instance, that air quality is good outside but that they experienced sleep disturbances throughout the night. Participants are also logged to ask their symptoms.

The control group still has access to their standard asthma care, and is asked to fill out surveys.

Anthem and Apple are teaming up to see how the iPhone and Apple Watch can be used to monitor asthma.

Participants will also see educational material on how to better manage their condition, including videos voiced by Dr. Mike Evans, a popular YouTube physician who’s been working at Apple since 2016.

While there’s no guarantee of success, Apple could be looking to develop a body of evidence around a new kind of “digital biomarker.” If it can prove that its health monitoring is meaningful for people with asthma, there’s the potential for health plans like Anthem to subsidize the cost of Apple’s hardware and software. It could also lead to new potential products down the road, if the company can get cleared by regulators.

Apple has already been cleared to alert people to potential heart health notifications.

However, experts caution that the program might not work.

“It certainly will be effective at sending nudges, but whether these lead to modification of behavior or ultimately alarm fatigue and discontinuation is to be determined,” said Sachin Gupta, a pulmonologist based in San Francisco, who treats patients with asthma. “The studies of smartphones in asthma have been limited so far by small size and by not being controlled.”

Those who sign up for the study can drop out at any time, and their data will only be used for the purposes of medical research. So it won’t be sold to third parties, including advertisers. 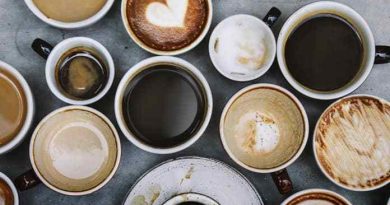 Cold brew vs. hot brew coffee: Are you drinking the wrong cup?