YANGON (Reuters) – From a distance, ChuChu Design, a single-storey building across the river from Myanmar’s bustling commercial capital, looks like any other on the impoverished outskirts of the city.

But on closer inspection, the roof has been fashioned from old tyres, the walls are made of glass bottles and the lampshades from melted plastic, all items upcycled by the social enterprise as part of a mission to educate people about waste.

ChuChu – named after the Burmese for “plastic house” – sells handicrafts and fashion products recycled from the thousands of tonnes of trash dumped in Yangon every day.

The design of the house is intended as a statement about waste, said 68-year-old Wendy Neampui, the managing director of the business, which she founded in 2014 with the help of Italian non-profit organization Cesvi.

“I wanted to transform trash from an ugly landfill site into beautiful items,” she said, as she stitched together plastic sheets to be ironed into a colourful patchwork bottle holder, a technique she learned from the internet.

Dozens of designers have been trained up and now work in the business, crafting everything from wallets made out of potato chip packets to laptop covers made from cement bags.

“Our project … is not only to work on making beautiful things from trash, but also to educate people that trash can be a decoration in the home,” she said.

The Southeast Asian city’s government says more than 2,500 tonnes of trash are thrown out every day by the 5 million or so people living and working there.

Much of it ends up dumped on roads and in waterways, as city services struggle to keep pace with rapid urbanization.

Many people burn their trash in the street, contributing to air pollution – the city’s air quality is among the worst in the world.

In Dala township, the suburb where ChuChu is located, the streets are littered with mountains of rotting garbage.

It’s a struggle to persuade people to buy products made from scavenged items, Wendy Neampui said, so most of the items they make end up in souvenir shops targeting tourists.

The aim is that people buy not because the products are a curiosity but for their own value, said Friedor Jeske, a German waste management specialist who is also a managing director at ChuChu.

“That’s a little bit of a tough goal,” he said. “But we are getting there … slowly.”

Wendy Neampui said she had no illusions the enterprise would solve the city’s trash problem. But it’s a step in the right direction.

“With this technique, I can help save the environment and earn a living,” she said. “That is my ambition.” 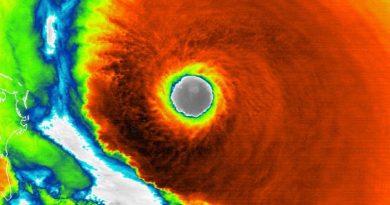 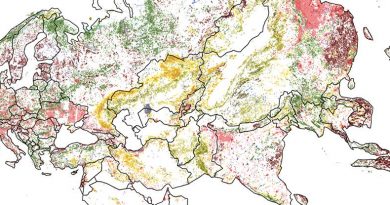