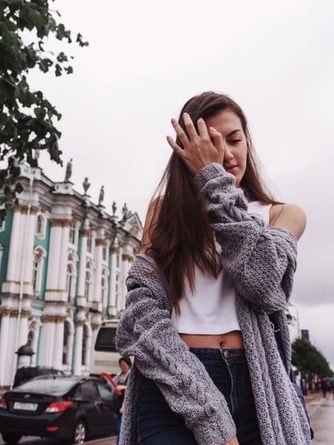 Anorexia nervosa and bulimia are both eating disorders in which a person tries to lose weight in unhealthful ways.

According to the National Institute of Mental Health, about 0.6% of adults in the United States experienced anorexia between 2001 and 2003, compared to 0.3% who experienced bulimia.

There are essential differences between anorexia and bulimia, and it is possible for a person to have both at the same time.

In this article, learn more about the symptoms of the two conditions, their differences, and when to see a doctor.

People with anorexia and bulimia may fixate on weight and appearance, and they may have a distorted body image. Both conditions result in a person trying to lose weight using unhealthy strategies.

There are key differences between anorexia and bulimia. People with anorexia tend to adopt extreme diets. They may restrict their food intake to a degree that can lead to malnourishment and even death.

Some people with anorexia exercise to excess. If a person is already malnourished, this amount of exercise may cause them to faint or experience other potentially severe adverse effects. Also, a person with anorexia may vomit or take laxatives to lose weight.

The primary characteristic of bulimia is episodes of binge eating followed by ‘purging.’ An episode may involve overeating and later vomiting, using laxatives, or administering enemas to get rid of the calories consumed.

Learn more about the differences between the symptoms of anorexia and bulimia below.

A person with either disorder may be a perfectionist and fixate on pleasing others. Some research points to distinctions in the psychological makeup of people with these disorders.

For example, the authors of a 2016 study found that, compared to those with anorexia, people with bulimia are more likely to:

The primary symptom of anorexia is restricting food intake with extreme dieting. The main symptom of bulimia is compensating for episodes of overeating by trying to purge the food.

A person may engage in either type of behavior in secret, but anorexia and bulimia can also cause distinct symptoms that are more likely to be apparent to others.

Anorexia can cause a person to:

Some signs and symptoms of bulimia include:

People of all body types and weights can have eating disorders. However, anorexia tends to cause more rapid weight loss.

No objective test — such as bloodwork or an X-ray — can definitively point to an eating disorder. Instead, a doctor makes the diagnosis based on a person’s symptoms.

To diagnose anorexia or bulimia, the doctor will ask about the person’s symptoms, and they may also ask family members and other loved ones about their observations.

If a doctor believes that a person has anorexia, they will attempt to diagnose the type. One type primarily involves restricting food intake, while another involves episodes of overeating and purging. If the person has experienced at least one of these episodes in the past 3 months, the doctor will likely make a diagnosis of binge eating and purging anorexia.

Diagnosis can be challenging because many people with eating disorders attempt to conceal their symptoms. Even when a person with an eating disorder knows that they are ill, they may be too afraid of gaining weight to seek help.

Support and encouragement from loved ones can be critical, helping a person receive an accurate diagnosis and intervention early. This is especially true for children and adolescents, whose parents or caregivers may have to accompany them when they seek treatment.

Some medical tests can help with a diagnosis, especially when health problems result from an eating disorder. For example, the health of a person’s tooth enamel can sometimes indicate the severity of bulimia.

Treatment of eating disorders has a few goals, including:

People with eating disorders need comprehensive treatment that addresses the physical and psychological symptoms. For this reason, many people choose inpatient or intensive outpatient treatment programs.

Effective treatment can include:

Recovering from an eating disorder takes time. Even after a person adopts healthful eating habits, they may continue to experience complications such as infertility, poor oral health, and anemia.

Some people use disordered eating to gain a sense of control or cope with emotional stress. Recovery focuses on helping a person adopt new coping skills.

Many people who have experienced disordered eating benefit from long-term support. It can help to return to therapy or support groups even after long absences, especially during times of stress.

People with eating disorders need support, not judgment, to recover. Negative messages about appearance and body image can contribute to the risk of developing an eating disorder.

This means that friends, family members, and society as a whole can play a role in helping people recover from eating disorders.

Below are strategies for supporting a person who is recovering from an eating disorder:

Eating disorders can be deadly. Rates of mortality are high among people with these conditions, especially anorexia, compared with people who have other psychiatric disorders. An older analysis of research, from 2004, reported that 5% of people with anorexia die from the condition.

A person with an eating disorder is not choosing to harm themselves. Instead, they have a dangerous medical condition that can become a health emergency.

Small penis syndrome: Everything you need to know