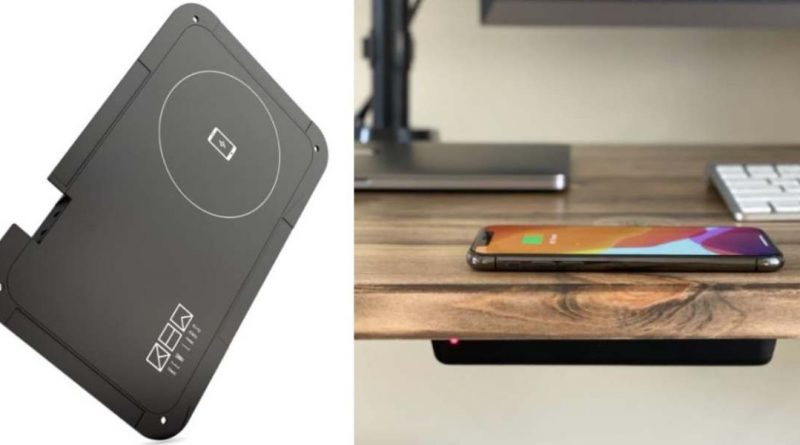 Just ahead of next week’s CES in Las Vegas, Kew Labs has revealed a new inductive wireless charging system that can disappear under furniture, enabling Apple and Samsung phones to charge quickly without the need to physically expose a charging cable or pad. Critically, the UTS-1 Invisible Fast Wireless Charger also promises to be safe, affordable, and capable of being mounted without needing a professional installer.

Similar to an inductive cooking surface in shape, the black plastic UTS-1 has four screw holes in its corners for use with included screws, but can also be mounted with two-sided tape, in either case bonding underneath desk, table, and counter surfaces. A switch on the unit and an audio calibration-based setup process let users make a simple, one-time adjustment of the unit’s Qi charger to guarantee that it delivers a fast charge through the surface above. Two units can be daisy-chained to a single 36-watt wall adapter.

Without the need for any special app, the UTS-1 is capable of fast-charging iPhones at 7.5-watt speeds and Samsung phones at 9-watt speeds through 0.7- to 1-inch thick glass, wood, granite, quartz, or plastic. Kew says it works through virtually all materials, excluding metal, and has both overcharge protection and foreign object detection abilities. It can also charge non-Apple and non-Samsung Qi devices at 5-watt speeds.

Standalone Qi chargers have become quite common over the past few years, aided in part by growing adoption of inductive wireless solutions by both Android phone makers and Apple. Next-generation chargers promise to make Qi charging less dependent on a specific pad position. Kew’s innovations, however, may enable inductive chargers to all but disappear into everyday objects rather than requiring their own table, desk, or counter space.

Kew will retail UTS-1 for $105 with the option of wholesale bulk pricing for furniture makers and commercial space designers. The device will be shown in public at Hana Technologies’ CES booth from January 7 to 10 before rolling out in April and May to customers in the United States and Europe. 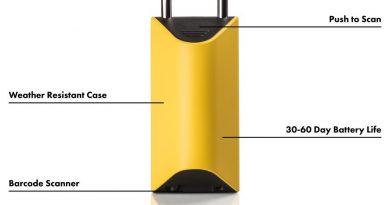 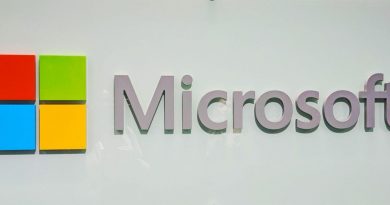