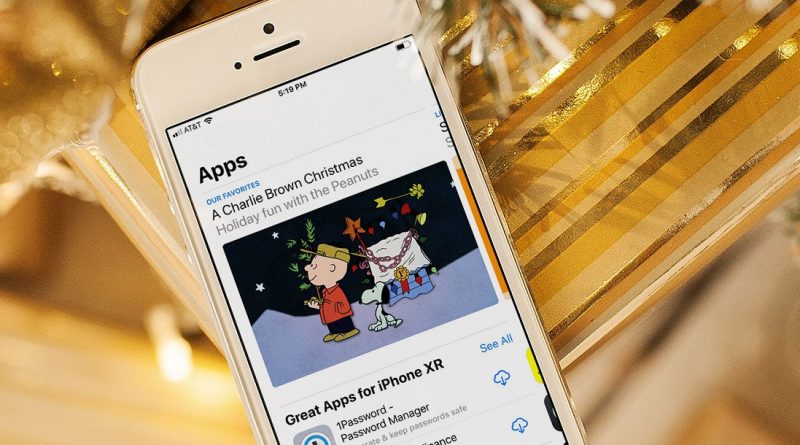 Consumer spending on mobile games grew 8% to $210 million on Christmas, according to a report by mobile analyst firm Sensor Tower.

That was up from $195 million last year. U.S. mobile gamers spent $58 million, or 2% more than Christmas 2018. And mobile games accounted for 76% of worldwide app spending on Christmas and 73% of U.S. spending.

PUBG Mobile was the top-grossing mobile game on Christmas, making $8.5 million worldwide and growing 431% from a year ago.

Spurred by new device sales, first-time mobile users, and consumers flush with gift card credit, worldwide spending across the App Store and Google Play on Christmas topped $277 million according to Sensor Tower estimated. This represented combined year-over-year growth of 11.3% for the stores, which brought in a total of $249 million in user spending on the same day in 2018. 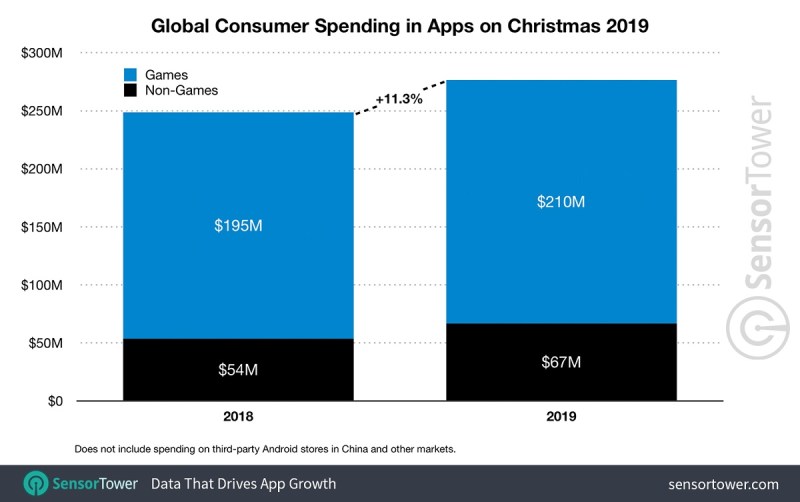 Consumer spending in apps and mobile games on Christmas accounted for about 5% of all revenue generated by the stores for December, which reached nearly $5.1 billion globally, Sensor Tower said. This was 8% greater than the approximately $4.7 billion spent across both platforms during December 2018.

The majority of mobile spending on Christmas, approximately $210 million, was focused on the games category.

Non-game apps accounted for approximately 2% more of all spending this Christmas compared to a year prior, bringing in an estimated $67 million. This reflected year-over-year growth of about 24% from $54 million. Entertainment category apps, which include streaming video services such as Disney+ and Tencent Video, accounted for the largest portion of non-game spending — 24% — on the App Store, while 16% of Google Play revenue outside of games came from that store’s top-earning category for the day, social.

The top non-game app for overall spending on Christmas was Tinder, with $2.1 million in revenue globally. Apple’s App Store accounted for 70% of spending between the two platforms at $193 million, growing about 16% from a year ago. Approximately $84 million was spent on Google Play, which represented Y/Y growth of 2.7 percent. 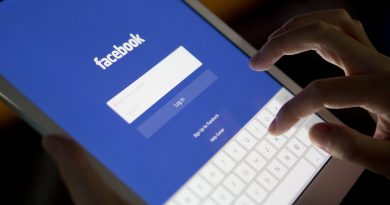 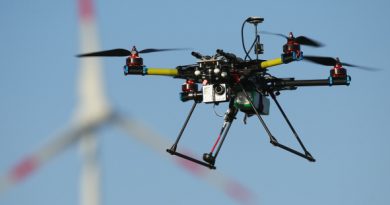 DroneBase nabs $7.5 million in a slight down round to double down on its work in renewable energy 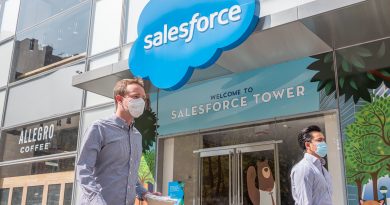