“For those of you who are… experiencing the effects of it right now, there may be some hard questions in terms of adaptation versus mitigation,” Obama said at a youth leaders conference in Malaysia’s capital city of Kuala Lumpur, organized by the Obama Foundation.

Island countries that could disappear due to rising sea levels had on Thursday accused rich nations of losing sight of the urgency of the crisis, as a U.N. summit enters the final stretch of negotiations for countries to honor the 2015 Paris Agreement to combat global warming.

“Your voice, your witness to what’s happening right here and now, is a moral call to the rest of the world. And figuring out how to tell the story of what you are seeing, and the losses that are already taking place, that’s going to be important.”

The United States signed onto the 2015 Paris Agreement during Obama’s presidency, promising a 26-28% cut in emissions by 2025 from 2005 levels. But the administration of Obama’s successor Donald Trump filed paperwork last week to withdraw from the pact.

The Paris accord aims to avoid the most catastrophic scenarios foreseen by climate scientists by limiting the rise in average global temperatures caused by burning fossil fuels.

Once it exits, the United States – the top historic greenhouse gas emitter and leading oil and gas producer – will become the only country outside the accord.

Obama said that it is up to the world’s youth to lead the charge in dealing with climate change, blaming the previous generation for failing to handle the issue “the way it should have”.

“The oceans will be rising, and that is going to displace people. So we’ll to have to anticipate and care for some of the consequences, including large scale migrations and disruptions. That’s going to be very possible,” Obama said.

“Old people are not going to worry about this as much as young people because they’re going to be gone when the full effects of this will come. So you’re going to have more urgency and educate your communities.”

Britons holed up in Kosovo due to coronavirus lockdown 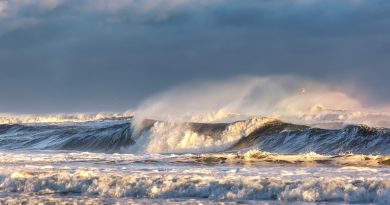