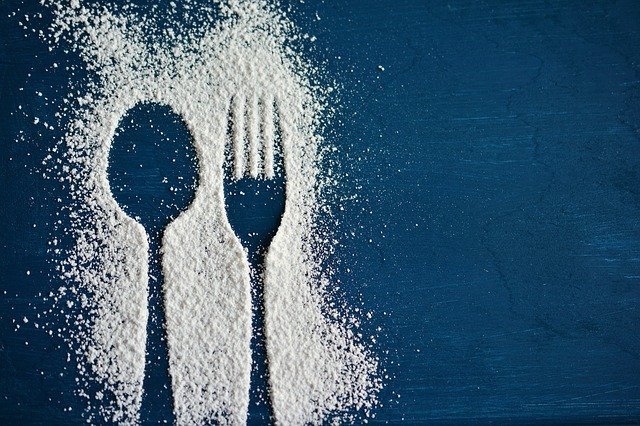 In a recent study, researchers attempted to determine if there is a dietary risk factor for inflammatory bowel disease.

Ulcerative colitis is a type of inflammatory bowel disease. It is caused or exacerbated by several factors, including diet, genetics, and the environment. A diet high in refined sugars and fat – also referred to as a ‘western diet’ – is especially of interest, in that there have been recent increases in cases of inflammatory bowel disease in areas typically associated with high-fat and sugar-rich diets. In contrast, fiber-rich diets seem to have the opposite effect.

The researchers divided mice into two groups; one group was given a standard chow diet, while the other group was given a high-sugar diet. They were given these diets for two days before receiving a chemical substance (dextran sodium sulfate) over the next five days to induce colitis. The researchers then weighed the mice and examined stool, and blood samples.

Overall, there were no changes in weight between the groups of mice, but the mice on the high-sugar diet had increased gut permeability compared to mice on the chow diet. In addition, the mice on the high-sugar diet had a more severe disease presentation and comparatively more immune system-related inflammatory responses and the production of inflammatory factors. When examining the gut microbiota of both groups, they found that there were differences in the microbiota composition. There were also differences in the cecum of the mice with a higher sugar diet. It was noted to be concentrations of short-chain fatty acids (SCFA) that varied – specifically lower levels of acetate. Short-chain fatty acids are typically found at lower levels in the stool of those with inflammatory bowel disease.

Thinking that low acetate levels in these mice played a role in the severity of the colitis, a separate experiment on mice who were about to receive the high-sugar diet was done. These mice were supplemented with acetate and after receiving the sugar diet. The severity of the disease was actually reduced compared to mice on the high-sugar diet who were not supplemented with acetate. Though this did not apply to the gut microbiota.

The results of the study support the idea that diet may be a risk factor for inflammatory bowel disease. Mice given a short-term high-sugar diet had different gut microbiota, increased severity of colitis, and fewer SCFAs. Acetate supplementation helped in reducing this severity but did little to the gut microbiota of the mice. The authors state that this paper may provide further insight into inflammatory bowel disease in humans – a high-sugar diet may play a role in exacerbating the disease. They also stated that SCFAs may be important in attenuating it.

Image by congerdesign from Pixabay

Is procrastination friend or foe to health and creativity?

Covid-19 misinformation is everywhere, but it could have been much worse