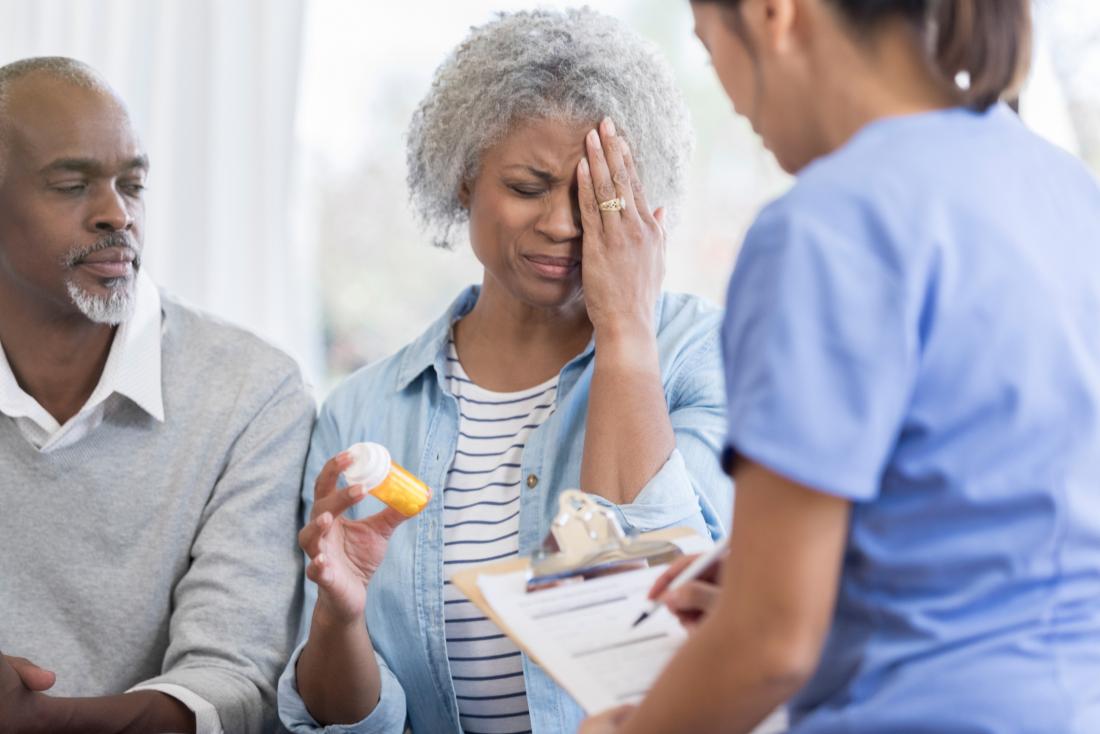 Could a history of migraine increase dementia risk? New research suggests so.

According to the American Migraine Association, about 36 million people of all ages in the United States regularly experience migraine. That is about 12% of the population.

Alzheimer’s disease and related forms of dementia were affecting 5 million U.S. adults in 2014, according to official estimates, and the figures are only expected to increase.

So, new research set out to investigate whether migraine is a risk factor for dementia. Identifying what raises the risk of dementia may enable more timely treatment interventions.

Detecting dementia early on and starting treatment as soon as possible can improve the effectiveness of therapies and empower people with the condition and their families to make the right decisions at the right time.

Suzanne L. Tyas, Ph.D., of the University of Waterloo, in Ontario, Canada, is the senior author of the new paper, which appears in the International Journal of Geriatric Psychiatry.

Tyas and colleagues’ analysis included 679 community-dwelling study participants aged 65 or older who contributed data to the Manitoba Study of Health and Aging — a prospective cohort study that included only participants who were “cognitively intact” at baseline.

The researchers had access to complete data on the migraine histories of these participants. They assessed the associations between migraine, potentially confounding factors — such as age, gender, education, and a history of depression — and all-cause dementia and dementia subtypes, such as Alzheimer’s disease and vascular dementia.

They did so by applying multiple logistic regression models and accounting for intervening variables, including high blood pressure, heart attacks, other heart conditions, stroke, and diabetes.

Intervening variables are hypothetical factors that may explain the causal relationship between two other variables. For instance, high blood pressure could explain an association between migraine and increased dementia risk.

The analysis revealed significant associations between migraine and all-cause dementia and Alzheimer’s, “even after adjustment for confounding and intervening variables.”

“Migraines were a significant risk factor for [Alzheimer’s] and all‐cause dementia,” conclude the authors.

The study did not find an association with vascular dementia, however. “Despite the vascular mechanisms involved in migraine physiology, migraines were not significantly associated with [vascular dementia] in this study.”

Possible limitations of the study

The scientists list some limitations to their research. Among them is the fact that the participants self-reported the occurrence of their migraine symptoms, rather than receiving medical diagnoses in compliance with criteria established by an organization such as the International Headache Society (IHS).

However, say the authors, “Self‐reported migraine has been shown to have excellent agreement with the IHS.”

Another limitation is that the research did not differentiate between migraine with and without aura, and some studies have suggested that there are more severe cognitive consequences to migraine with aura.

However, the researchers “found a significant association between migraines and [Alzheimer’s disease] despite the inclusion of migraine without aura in the general migraine measure.”

“The inclusion of migraine without aura would dilute this effect if migraine with aura causes greater neurological damage, and thus, our findings that individuals with [Alzheimer’s] were four times more likely to have a history of migraines may be a conservative estimate,” they write.

Furthermore, the fact that there were no “male participants with migraines who developed dementia” in the study means that it was not possible to assess how gender modified the association between migraine and dementia.

What can cause dizziness when waking up?