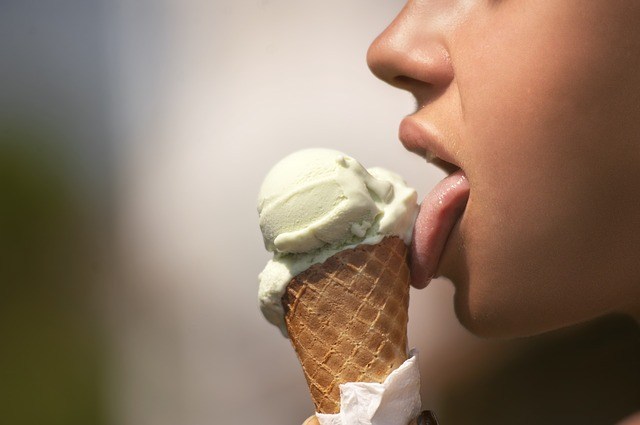 The results of a new study suggest obesity reduces the intensity of taste responses.

Obesity is a sometimes complex condition whose prevalence has been on the rise for decades. Numerous conditions, such as type 2 diabetes, osteoarthritis, colorectal cancer, and depression are directly linked to obesity. Obesity accounts for billions of dollars of healthcare spending every year (1). It is undeniably a significant problem, particularly in developed countries.

Research focusing on obesity has increased in recent years. As a result, there is a growing understanding of both the physiological and hormonal changes caused by obesity. Studies have shown a correlation between increased body fat and a decrease in both a person’s sense of smell and their sense of taste.

Your sense of taste has a significant impact on the type of foods you crave and when you crave them. There are many taste-related neural structures that can alter taste depending on your body’s needs. An area of the brain, known as the nucleus tractus solitarius (NTS) is the first major signal exchange centre on the taste pathway. The NTS has a role in regulating ingestion by assessing information on nutritional needs and altering taste to reflect those needs.

A study recently published in Frontiers in Integrative Neuroscience attempts to explore the effects obesity can have on the function of the NTS and the taste pathway (2).

How did they do it?

The research team used a total of 78 rats and divided them into two groups. One group were kept lean on a standard lab diet, while the second group was fed a high-fat, high-sugar diet to induce a state of obesity, this group was referred to as Diet-Induced Obese group (DIO). Rats from both groups had microelectrodes implanted into their NTS. This procedure had a low success rate however, with only 14 lean and 7 DIO rats providing usable data.

The implants in the NTS allowed the researchers to measure neural responses to the various taste stimuli. At the conclusion of the experiment, the rats were sacrificed to allow any structural changes within the NTS to be examined.

So what did they find out?

There were a number of interesting findings. The main results were that the NTS cells of DIO rats were less sensitive to taste stimuli. The responses measured by the microelectrodes in the DIO rats were smaller in magnitude and shorter in duration. There was also a longer time interval between the firing of the taste response cells in the DIO group. These differences were consistent across the various taste stimuli. When the brain tissue of the rats was analysed, the DIO rats had developed a greater number of taste responsive cells in the NTS.

What does this mean?

Essentially the results of this study suggest that obesity dulls the response to taste. Taste cells become less sensitive to taste stimuli and the NTS develops more cells, most likely in an attempt to compensate for the reduced function of the existing cells.

These findings are potentially of great importance. In order to tackle any problem, it is important to fully understand it. This study enhances our understanding of the obese condition. Taste stimuli are closely linked with appetite and food choices. This study suggests that obesity negatively impacts the sensitivity to taste stimuli, dulling the taste response to food. This may impact on a person’s food choices and ultimately their body weight.

Interestingly, this study contradicts previous research in one area. Studies in humans have suggested that the reward stimulus in response to palatable sugar tastes was dimmed in obese people meaning they required more of these particular stimuli to attain the same level of reward. Similarly, research has suggested that while taste sensitivity to sweet tastes was blunted in obese rats, other tastes (e.g. salty, bitter etc.) were unaffected.

However, the DIO rats in this study showed lower taste stimulus across the entire range of taste stimuli compared to the lean rats. The authors suggest a possible explanation for this. The NTS is the first synapse in the taste pathway and it may be that the second synapse (the parabrachial nucleus of the pons) governs taste preference and amplifies or decreases signals from the NTS depending on preferences.

While there is clearly more work to be done, this study represents an important, often overlooked, piece in the puzzle that is the obesity epidemic.

Image by StockSnap from Pixabay

Globally, 350 million could be at risk of severe COVID-19 and hospitalization

Toddlers may deal with uncertainty in the same way as older children, adults