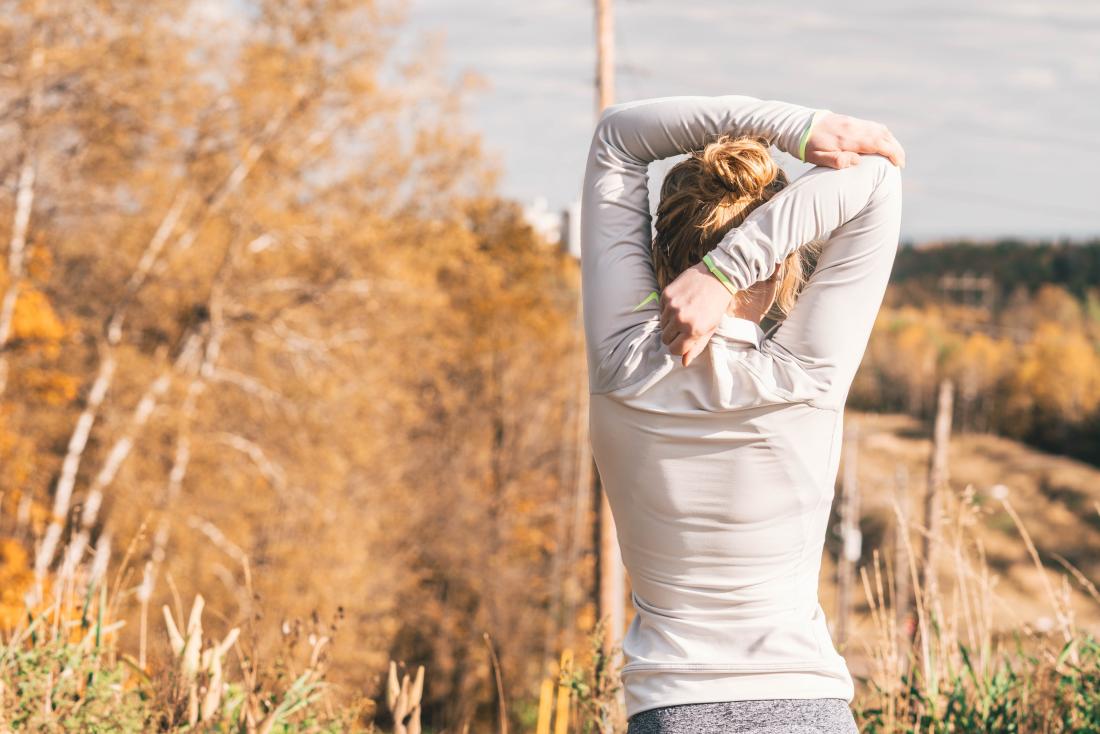 A new review of the specialist literature emphasizes the need to add exercise to recommendations for the treatment of depression.

Both anecdotal and scientific evidence has suggested that physical activity can be a great ally in fending off or fighting the symptoms of depression, which affects around 40 million adults in the United States each year, according to the Anxiety and Depression Association of America.

“The evidence of the use of exercise [for the management of depression] is substantial and growing fast,” write Felipe Barretto Schuch, from the Universidade Federal de Santa Maria in Brazil, and Brendon Stubbs, from King’s College London in the United Kingdom.

Schuch and Stubbs have recently conducted a review of the literature looking at the effects of exercise on the risk and symptoms of depression.

In their paper — which now features in Current Sports Medicine Reports — they conclude that exercise is indeed an effective “medicine” against depression in most cases.

The authors also found that many programs dedicated to treating depression do not include exercise in their list of recommendations for the prevention and treatment of the condition.

Typically, specialists will recommend antidepressant drugs and psychotherapy for managing clinical depression. The authors of the current review argue that diversifying the approach even more — by suggesting physical activity as a lifestyle adjustment — could boost the effectiveness of therapy.

“Some guidelines have incorporated [physical activity] and exercise as recommended therapeutic strategies for depression while others have not,” Schuch and Stubbs write.

“Despite this acknowledgment, [physical activity] still appears to not receive the deserved attention, and its use in clinical practice is not of equitable value to the more dominant strategies, such as pharmacotherapy and psychotherapies,” they note.

‘A large and significant antidepressant effect’

In their review, the authors started by analyzing the data from 49 prospective studies with a total of 266,939 participants between them.

The analysis revealed that studies that had adjusted for potential confounding factors — such as age, biological sex, or smoking status — indicated that exercise could help reduce depression risk by 17%.

Schuch and Stubbs also refer to a previous analysis they did in 2016, of 25 randomized trials with a total of more than 1,487 participants with depression among them.

The trial results indicated that exercise could also be effective in treating the symptoms of already existing clinical depression.

By analyzing the data from these trials, the authors write, they “identified a very large and significant antidepressant effect” of exercise.

Schuch and Stubbs nevertheless acknowledge that physical activity may not be an equally compelling “antidepressant” for everyone. They point out that specialists must aim to gain a better understanding of whom, exactly, is most likely to benefit the most from physical activity in the context of mental health.

Previous research, they note, has suggested that biological, clinical, psychological, and social factors, either independently or cumulatively, can determine whether or not exercise can help an individual cope with depression.

As to why exercise seems to have such a significant antidepressant effect in most cases, research looking to understand the mechanisms is ongoing, the two investigators write.

So far, specialists have suggested that physical activity’s positive effect on mental health may be because exercise can help reduce inflammation, protect cellular health, and help brain cells regenerate.

The importance of self-motivation

Schuch and Stubbs also suggest that exercise may be ineffective against depression — or that people may fail to keep up with their exercise routine — if they do it out of a sense of obligation rather than enjoyment.

“[A]utonomous motivation may ‘hold the key’ to keep people with mental illness active,” the researchers write. “[This] is the motivation that leads someone to do something for its own sake, for example, finding exercise enjoyable or challenging,” they explain.

Schuch and Stubbs note that receiving support from health and fitness professionals, as well as from one’s social circle, may also help boost and maintain the desire to exercise.

The bottom line of the current review is that, across the board, healthcare professionals should add exercise to their list of recommendations for the treatment of depression. Furthermore, they should support their patients in identifying and continuing to practice the forms of exercise that they enjoy.

In the conclusion to their paper, the two researchers advise:

“[Physical activity] can confer protection from the development of depression in children, adults, and older adults. These effects are evident in all continents. Also, among people with depression, exercise can be used for acutely managing symptoms. […] [A] robust body of evidence from randomized controlled trials demonstrates that exercise is effective in treating depression.”

China is shutting down Shanghai in two phases to control Covid