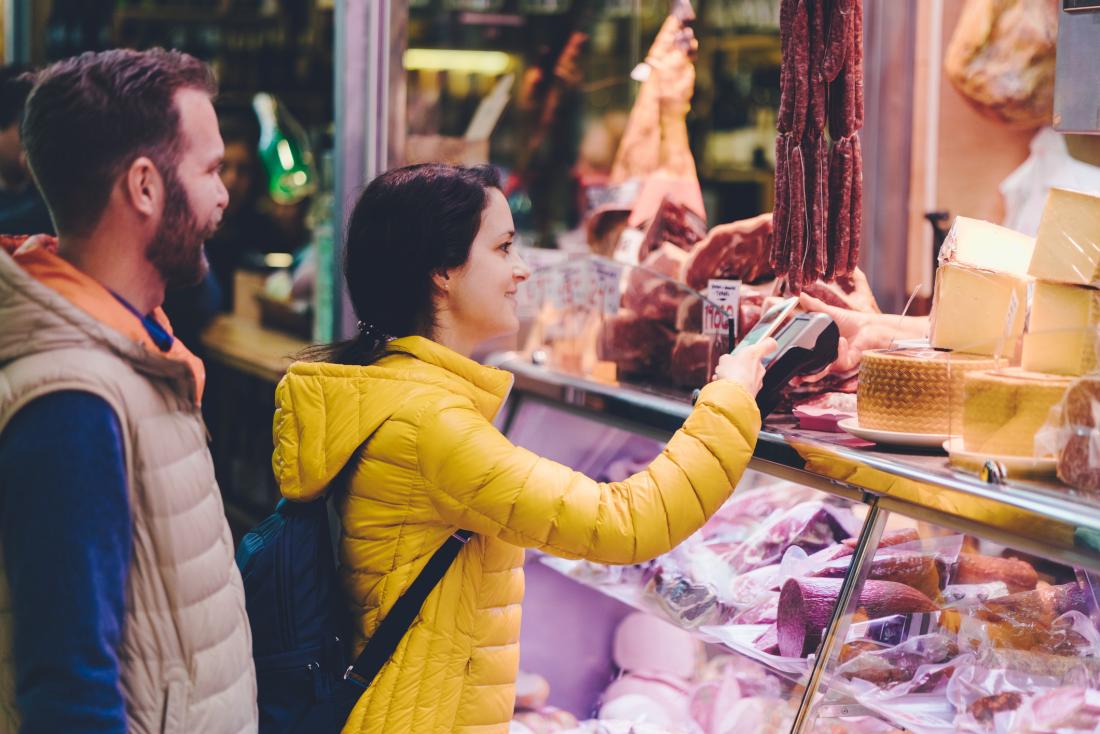 Buying local produce may benefit health, according to a recent study.

The food that we eat has a huge effect on our overall health — that much is abundantly clear.

The prevalence of both type 2 diabetes and obesity is a clear sign that, overall, the dietary habits of people in the United States need attention.

This need has manifested into a never-ending hunt for the perfect dietary intervention: a diet that will cure all ills, boost well-being, and increase lifespan.

A diet that ticks at least some of these boxes is likely to include fruit, vegetables, whole grains, and limited amounts of sugar, salt, and fat.

However, as many of us are all too aware, sticking to a nutritional diet plan is challenging. And, as one author puts it, “Nutrition and policy science have advanced rapidly, creating confusion.”

Popular diet options now include Mediterranean, low carb, no carb, Atkins, ketogenic, and intermittent fasting, all of which jostle for position in the public mind.

A recent study looks at whether making a small change to our buying habits might make a substantial difference to our health.

A focus on ultra-processed foods

The most common explanation for this is the high levels of fat, sugar, and salt in ultra-processed foods.

A recent pilot study, which features in the journal Diabetes & Metabolism, took a different approach and, instead, focused on the food additives in processed foods.

According to the authors, these additives include chemicals that the food industry uses to make food “palatable, durable, and transportable over long distances.”

For their study, which they carried out in Italy, the researchers set out to understand the effect of eating locally produced food. Rather than concentrating on fat and sugar content, they were solely interested in the additives.

In particular, the experiment focused on cheese, sausage, pasta, pastries, biscuits, and chocolate, the production of which takes place in distant locations. Rather than asking the participants to cut these products out of their diet, the team asked them to source the foods locally.

Among other things, they measured the participants’ overall fat and abdominal fat, and their levels of anxiety and depression. To assess depression, they used a standard questionnaire called the Beck Depression Inventory.

The scientists took blood samples to measure resting blood glucose and levels of potassium, sodium, insulin, creatine, and C-peptide (a measure of how much insulin someone is producing).

The scientists also calculated homeostasis model assessment (HOMA) scores. The medical community considers HOMA scores to be an indicator of insulin resistance and beta cell (the cells in the pancreas that secrete insulin) function.

At the start of the study, there were no significant differences between the two groups.

The researchers randomly split the participants into two groups. They asked the members of the first group to purchase cheese, sausage, fresh pasta, pastries, biscuits, and chocolate from local producers.

As the authors explain, before the study, these producers had undergone vetting by “an expert from the food production industry to ensure that additives were not used” and that all the production had been local.

For instance, cheeses only contained milk, salt, and rennet, while pastries did not contain chemical flavors, antioxidants, or monoglycerides and diglycerides, both of which manufacturers often use to improve the volume and texture of a product.

Overall, both groups consumed a similar number of calories.

After 6 months, the researchers repeated the barrage of tests that they had conducted at the beginning of the study.

A number of differences

Across both groups, body mass index (BMI) and levels of salt in the blood were lower than baseline readings. However, there were differences between the groups too.

The researchers found that at the 6-month mark, the participants in the first group had significantly better HOMA scores and lower fasting glucose levels than those in the second group. Also, compared with their baseline measurements, those in the local food group had lower levels of visceral fat, reduced systolic blood pressure, and improved depression scores.

Those in the second group, however, experienced increases in fasting glucose levels, diastolic blood pressure, and C-peptide compared with their baseline scores.

As the authors explain, the study does have substantial shortcomings. For example, they only designed it as a pilot study, so researchers will need to repeat the findings with a larger group of participants over a longer period.

Aside from the size and length of the study, there were other issues. For instance, it was not possible to “blind” participants. In other words, they were aware of the intervention because it involved them using different shops and changing their diet.

Future studies might avoid this issue by providing biscuits, meat, and the other products to participants so that they remain unaware of their ingredients or origin.

Regarding the improved depression scores, it is worth noting that differences between the groups’ experiences during the study might have played a part.

One could argue that visiting independent local sellers might be a more positive experience than visiting a supermarket. Also, local, fresh, additive free food could, theoretically, taste better than additive filled foods, and, because the food we eat can influence our mood, perhaps this difference alone could explain the changes in reported mood.

Even when we take all of the above into account, if just 6 months of choosing additive free versions of a handful of items can improve metabolic factors that relate to disease risk, this line of investigation is worth following up.