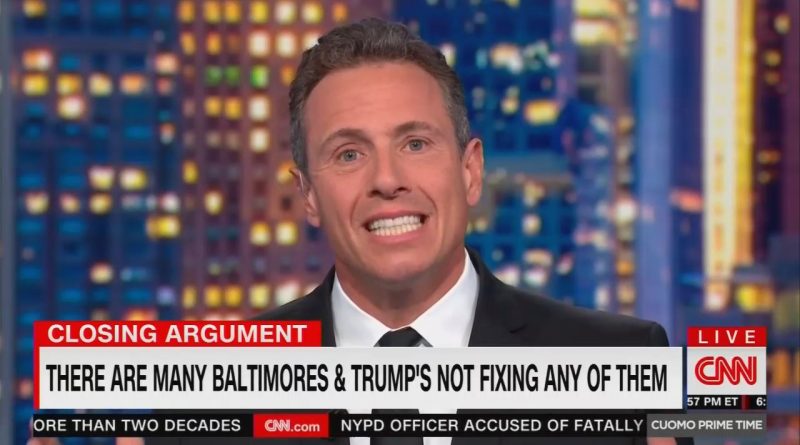 Not surprisingly, CNN host Chris Cuomo devoted his closing argument Friday night to trashing President Trump as a racist and a demagogue. Cuomo claimed that the President sees Baltimore as “another s-hole” and stressed that “everything he says is not who we are.”

Cuomo began by taking issue with President Trump’s claim that he is “the least racist person in the world.” The CNN host split hairs by declaring that “‘least racist” doesn’t mean ‘not racist,’” adding “Freud would call that a parapraxis.”’

According to Cuomo, the President’s tweet highlighting the robbery of Baltimore Congressman Elijah Cummings’s house was just another example of him “being a demagogue” and “giving people that he thinks are predisposed to dislike people like Cummings a curled lip chortle.” In other words, Cuomo saw President Trump’s tweet as a “dog whistle” to racists who dislike Cummings because he is African-American. For the record, the robbery of Cummings’s house took place before President Trump began his tweetstorm accusing Cummings of failing to address Baltimore’s problems during his lengthy tenure in Congress.

Cuomo also contended that “this President doesn’t seem to feel a responsibility to deal with places like Baltimore. It’s another s-hole that generates people we don’t need apparently.” Cuomo continued to spell out his theory: “that’s why this President jokes about how bad it is there, but has never told you a word about that he feels badly about it, and that he’s going to do something about it.” Maybe Cuomo missed it but Secretary of Housing and Urban Development made an appearance in Baltimore earlier this week, where he made it clear that the President is “very willing to work with people here in Baltimore, including with Elijah Cummings,” to address the city’s problems.

After sharing a clip of President Trump suggesting that the so-called “diversity lottery” results in murderers and bank robbers coming to America, Cuomo asked “why does he want to assume that people like you will think that people who immigrate illegally, or now legally, are a threat?” Cuomo proceeded to answer his own question: “Maybe because he’s betting it is easier to get you to blame someone else for your problems than to blame him for not fixing them. Cuomo trashed President Trump for his rhetoric on the “diversity lottery,” citing it as an example of “his singularly un-American appeal” before proclaiming that “everything he says is not who we are.”

As the hour came to a close, Cuomo asked “What does MAGA mean after all? Where is the great in all this hate?” It looks like Cuomo stands by his declaration he made two weeks ago that “Make America Great Again” means “Make America Hate Again.”

From Cuomo’s perspective, just about everything President Trump does and says proves that he is a “demagogue,” from bringing back the death penalty to going after Elijah Cummings. Perhaps Cuomo does not realize that by throwing around the word so callously, it will eventually end up losing its meaning.

A transcript of the relevant portion of Friday’s edition of Cuomo Prime Time is below. Click “expand” to read more.

CHRIS CUOMO: All right, here’s a Friday night special for you. We burned a lot of calories on this one. Here’s what I argue. We’re missing the point of what the problem is with the President’s pattern of pounding people of color and the places they live. Here is his best defense.

PRESIDENT TRUMP: I’m the least racist person there is in the world, as far as I’m concerned.

CUOMO: First, and this really matters, “least racist” doesn’t mean “not racist.” Freud would call that a parapraxis. Google it. And the reality is reflected by so much of what this President says and does; takes us to his tweet this morning. “Really bad news! The Baltimore House of Elijah Cummings was robbed. Too bad!” President says he wasn’t being a wise guy. You know what? I accept that. What he was being is a demagogue. He’s giving people that he thinks are predisposed to dislike people like Cummings, a curled lip chortle. But not everyone’s laughing. Last night, the only Republican African-American member of the House, I said that too fast, the only African-American Republican member of the House, think about that, and when you’re wondering why the party’s so quiet, think about that. He said, “I’m not seeking re-election.” So now, what about all the non-white members of the Congress on the Republican side? How long do they believe they can stay quiet or parse or pretend that this is not about politics of division? What you ignore, you empower, and what you condone, you own. But too many, too many stop the damage at those who are being maligned, and those who should stand up against it, like I just did. However, I’ll now argue, we’re leaving out an equally important component. Don’t be a sucker, my white brothers and sisters. The joke is on you too. See the bigger problem. This President doesn’t seem to feel a responsibility to deal with places like Baltimore. It’s another s-hole that generates people we don’t need, apparently. That’s why this President jokes about how bad it is there, but has never told you a word about that he feels badly about it, and that he’s going to do something about it. Why? Here’s why you should care. There are a lot of Baltimores, too many, urban and rural. What’s Baltimore? Budget’s too tight, teachers in short supply, stores and factories shuttered, not enough employment, many of you live in them, of all colors. And if he doesn’t care about Baltimore, why would he care about where you live, about you? Because you’re white? That tax cut wasn’t targeted to you, if you’re in the middle class. 83 cents of every dollar went to the color he values most, green, the rich. Why didn’t 83 cents of every dollar go to you in a tax cut that was billed as a middle-class tax cut? How when you get $0.17 out of $0.83, 100 actually, right? Ask yourself. Why does this President choose to lie to you like he did last night about the green card lottery system? Here’s what he said.

TRUMP: You pick people out of the lottery. Well, let’s see. This one’s a murderer. This one robbed four banks. This one, I better not say.

CUOMO: Do you really believe there’s no vetting; that it’s a blind lottery? Of course, that’s not the truth. They get the same back track…background check as other legal immigrants. How do you think they get into the lottery? Ask yourself. Why does he want to assume that people like you will think that people who immigrate illegally, or now legally, are a threat? Maybe because he’s betting it is easier to get you to blame someone else for your problems than to blame him for not fixing them. But does he really think there are enough people in this country who will get duped by deceptive efforts to divide them? His singularly un-American appeal, everything he says is not who we are. You have to know that. Is he going to forget that he’s supposed to be attacking problems and not just attacking us and what we’re about? You have to ask yourself a question. Isn’t a President supposed to be someone who attacks racists most, not simply self-described as less or least racist? This President wants this election to be about who’s a problem, instead of how we solve our problems. Think about it and demand that he and all who want to lead do better than pointing out what’s wrong. Hell, we can all do that, right? We can do that all day. That’s easy. My father told me once, “any jackass can kick down a barn. It takes a good man or woman to build one.” What’s the plan to improve us, to make our democracy stronger, to make us better? What does MAGA mean after all? Where is the great in all this hate? 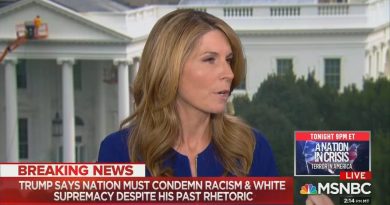 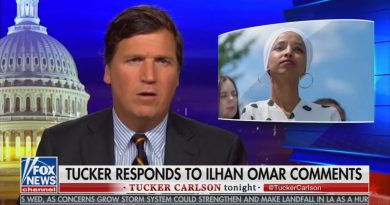 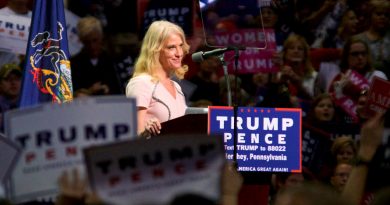