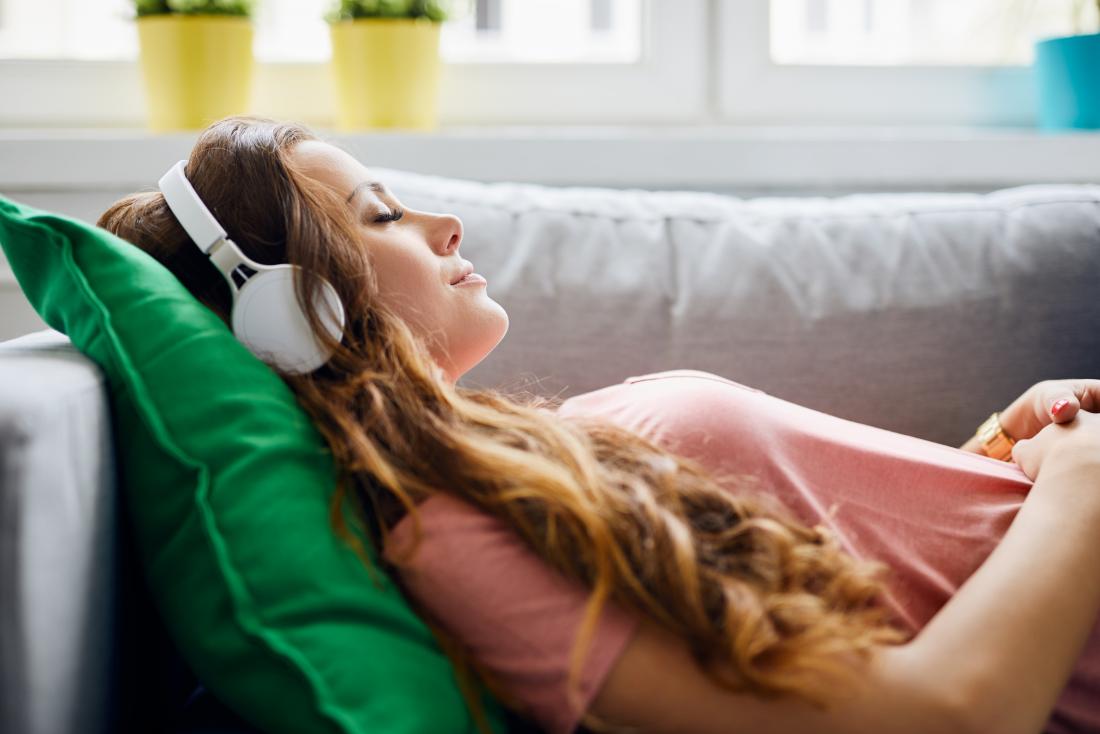 New research finds that relaxing music can have effects similar to those of sedatives for soothing preoperative anxiety.

The biggest issue with preoperative anxiety is its ability to affect recovery, including wound healing.

But benzodiazepines can cause a number of side effects that may impact breathing, blood flow, and even mood. It is also necessary for a trained professional to monitor the person’s response.

So, anything that simplifies the situation would be welcome. According to a new clinical trial published in Regional Anesthesia & Pain Medicine, that thing may be music.

The power of music in relation to anxiety has been the subject of previous studies. A review of 26 trials, published in 2013, concluded that music may have a “beneficial effect” on preoperative anxiety.

But no study had compared music to benzodiazepines, until now.

What makes a relaxing tune?

Experts believe that relaxing music has a very definitive sound. As Southern Medical Journal research states, a tune that involves no lyrics, no significant change in tempo or rhythm, and an estimated 60 beats per minute is the most effective in reducing anxiety.

In the new clinical trial, the researchers randomly split 157 adult participants into two groups. One group received injections of a benzodiazepine called midazolam 3 minutes before anesthesia.

The researchers gave noise canceling headphones to the other group, who listened to a preprogrammed musical track for a total of 3 minutes. The groups then received a peripheral nerve block anesthetic that numbed a specific part of the body.

The timing may seem short, but 3 minutes is how long the drug takes to reach optimum effectiveness, according to the research team.

The song choice was also intentional. The British band Marconi Union created the song in partnership with sound therapists, with the aim of lowering anxiety, along with heart rate and blood pressure.

In order to accurately capture levels of anxiety, researchers used an approved anxiety scale before and after the music or benzodiazepine exposure. The scale involves six simple statements that participants score from 1–4.

The researchers also asked the participants and doctors to rate their satisfaction on a 10-point scale.

Surprisingly, the results revealed that the changes in preoperative anxiety levels caused by both calming methods to be alike. Doctors also reported similar satisfaction levels.

The only real difference was that people who listened to music felt less satisfied than those in the drug group. The researchers believe that this reaction may have been influenced by the participants’ not being able to choose the piece of music.

Those who were exposed to the music also said that it was harder to communicate, and the doctors agreed. While this may have a simple explanation — the noise canceling headphones and no standardized volume — any communication problem in a hospital is hardly ideal.

The researchers noted a few other limitations, namely that they had not used a validated scale to record satisfaction ratings and that people may benefit from listening to the music for longer.

Previous recommendations had advised a minimum play of 20 minutes for anxiety benefit. This may be difficult to achieve in practice, as operating rooms stick to strict schedules to avoid unnecessary delays.

The findings may still have some use in proving that music is a viable treatment for preoperative anxiety, says the research team.

But further studies are necessary, they advise, to “evaluate whether or not the type of music, as well as how it is delivered, offers advantages over midazolam that outweigh the increase in communication barriers.”

What are the best hepatitis C drugs?