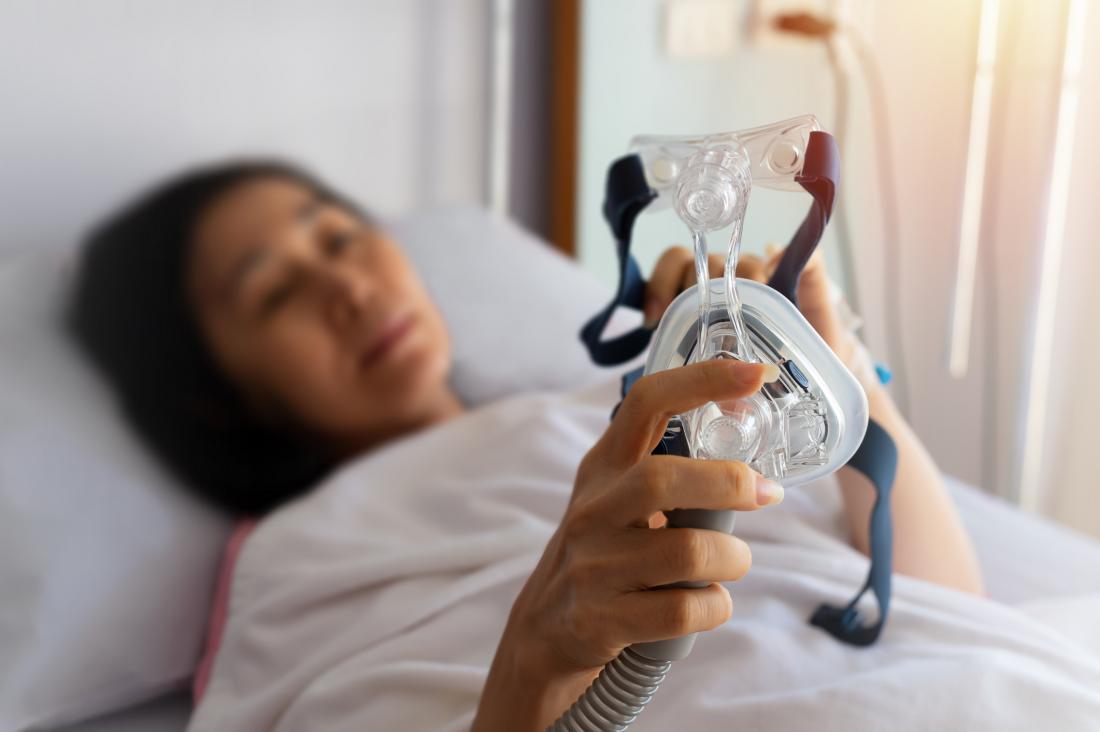 Treating sleep apnea with a CPAP machine may reduce the symptoms of depresson.

Around 20–30% of people with depression and other mood disorders do not get the help they need from existing therapies.

Depression is the “leading cause of disability worldwide.”

For this reason, coming up with effective therapies is paramount.

New research points to obstructive sleep apnea (OSA) as a potential culprit for treatment resistant depression and suggests that screening for and treating the sleep condition may alleviate symptoms of depression.

Dr. William V. McCall — chair of the Department of Psychiatry and Health Behavior at the Medical College of Georgia at Augusta University — is the first and corresponding author of the study.

He says, “No one is talking about evaluating for [OSA] as a potential cause of treatment resistant depression, which occurs in about 50% of [people] with major depressive disorder.”

He hopes that the team’s new paper — appearing in The Journal of Psychiatric Research — will remedy this.

14% of those with depression had OSA

Dr. McCall and team examined the rate of undiagnosed OSA in a randomized clinical trial of people with major depressive disorder and suicidal tendencies.

They recruited 125 people with depression, originally for the purpose of determining if treating their insomnia would improve their depression symptoms.

The original trial excluded people at risk of OSA, such as those taking sleeping pills, or people with obesity or restless legs syndrome.

The scientists tested the participants with a sleep study and found that 17 out of the 125 (nearly 14%) had OSA.

Dr. McCall and colleagues note that people who had OSA did not present with the usual indicators of OSA severity, such as daytime sleepiness. Also, 6 of the 17 people were non-obese women.

This is contrast with the demographic group usually at risk of OSA: overweight men.

“We were completely caught by surprise,” says Dr. McCall, “that people did not fit the picture of what [OSA] is supposed to look like.”

The researchers point out that underlying conditions — such as hypothyroidism, cancer, and carotid artery disease — may often be the cause of treatment resistant depression.

Therefore, many people with depression undergo a series of invasive and costly tests in an attempt to figure out the cause of depression treatment failure.

Such tests may include an MRI scan or even a spinal tap — but Dr. McCall and team urge for sleep tests first. “I am thinking before we do a spinal tap for treatment resistant depression, we might need to do a sleep test first,” he says.

“We know that [people] with sleep apnea talk about depression symptoms,” he goes on. “We know that if you have [OSA], you are not going to respond well to an antidepressant.”

“We know that if you have sleep apnea and get [a CPAP machine], it gets better and now we know that there are hidden cases of sleep apnea in people who are depressed and [have] suicidal [tendencies].”

However, the study authors also acknowledge that other factors — such as the side effects of other medications, including beta-blockers and corticosteroids — may cause treatment resistant depression.

They also point out that suicidal tendencies are also a key factor, and the researchers suggest that a further area of investigation should be the question of whether or not treating sleep apnea will also reduce suicide ideation.

In the United States, suicide is the 10th leading cause of death among people of all ages.