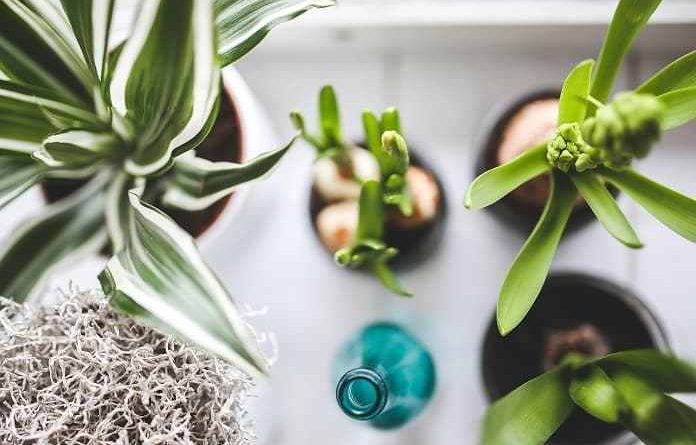 Scientists at the University of Washington, USA have developed a genetically-modified form of a common houseplant that cleans the air around it.

The air in our homes is often more polluted than outdoor air. Cooking residues, paints, furnishings, and chlorinated water are all sources of potentially hazardous air pollutants in our home. Of these indoor pollutants, a group of chemicals called VOCs (volatile organic carcinogens) are a cause of great concern. This group includes chemicals such as benzene, formaldehyde, and chloroform, which have known health risks.

Common air-filtration methods can be expensive and time-consuming

Other air filtration methods use the principle of adsorption where pollutants like VOCs “stick” to the surface of materials such as activated carbon. These adsorbing materials need to be periodically renewed and this process of renewal is often expensive, time-consuming, and comes at a cost to our environment. Scientists have been working on an alternative to these filters harnessing the power of indoor houseplants that clean the air around them, an approach popularly known as the“green liver” concept.

Plants have several features that make them an attractive alternative to traditional physical-chemical methods of air purification. They have a large surface area allowing for a maximal transfer of gases, the necessary energy reserves for chemically breaking down pollutant chemicals, and they are low-maintenance.

For example, plants are capable of capturing and metabolizing formaldehyde, a common pollutant found in furniture and insulating materials. However, the plant’s natural rate of capturing formaldehyde may not be sufficient to purify a normal-sized room without having a large number of plants in the room. Scientists have been working on improving the air-purifying abilities of plants for some time.

Inspired by the human liver

Inspired by the workings of the human liver, scientists at the University of Washington, USA used cytochrome P450 2E1 the protein involved in metabolizing VOCs such as benzene and chloroform in liver cells to modify the common house-plant pothos ivy. The group, led by Dr. Stuart Strand, showed that the modified pothos ivy plant effectively removed benzene and chloroform from the air surrounding it. In comparison, unmodified pothos ivy plants were incapable of purifying the air of these hazardous chemicals. Dr. Strand and his colleagues published their results in the December 2018 issue of the Environmental Science & Technology journal.

The gene for cytochrome P450 2E1 (2E1 for short) gene is found in all mammalian cells and it is active in the liver where it produces the protein 2E1 that converts benzene into phenol and chloroform into chloride ions. But it is turned on only when we drink alcohol and cannot help us to process these pollutants when they are present in the air. As Dr. Strand described in a press release, “[they] decided we should have this reaction occur outside of the body in a plant…And 2E1 can be beneficial for the plant too. Plants use carbon dioxide and chloride ions to make their food, and they use phenol to help make components of their cells walls.”

Creating a synthetic form of a gene

The group made a synthetic form of the gene for 2E1 and introduced it into the pothos ivy plant. They chose pothos ivy as it is a robust indoor plant that grows well in varying conditions. Additionally, pothos ivy does not flower indoors or in the temperate climate in the US which means that the genetically modified plant cannot spread in the outside environment.

To test the ability of the modified pothos ivy plant to remove benzene and chloroform, the scientists introduced these chemicals into the test-tube where the modified plants were grown in a sterile environment. They then monitored the concentration of each chemical over 11 days.  They carried out similar experiments with unmodified pothos ivy plants as well as tubes with no plants in them to compare the results.

Reduced concentrations of chloroform and benzene

The scientists found that within three days, the concentration of chloroform was reduced by 82% and was almost undetectable after six days. The reduction in benzene levels was more gradual whereby the end of eight days, the level of benzene reduced by approximately 75%. In contrast, the levels of chemicals were unchanged in the tubes containing unmodified plants.

These experiments were carried out in a test tube. To achieve the same results in a room, there needs to be air-flow that pushes these molecules into the vicinity of the plant where they can be captured. This is a minor inconvenience compared to the benefits of having low-maintenance houseplants clean the air we breathe.

Encouraged by these results, the scientists want to further improve the air purifying capabilities of these 2E1 modified plants by introducing additional detoxifying genes that can allow the plant to remove pollutants like formaldehyde.

The press release sums up the potential advantages of the modified plant air-purifier:“ These[VOCs like formaldehyde, benzene, and chloroform] are all stable compounds, so it’s really hard to get rid of them…Without proteins to break down these molecules, we’d have to use high-energy processes to do it. It’s so much simpler and more sustainable to put these proteins all together in a houseplant.”

Are beans good for diabetes?

What to know about ZzzQuil