Is Blue Monday real? Where did this concept come from?

A quick internet search will reveal that today, the 21st of January, is supposedly Blue Monday, the worst day of the year, when doom and gloom govern the general mood.

Blue Monday does not fall on the same date each year, but it has to be a Monday (of course), and it has to be in January, and it is usually the third Monday of the first month of the year.

Truth be told, today, as I write this article, I am not in the best of shapes. Fighting off a stubborn and painful cold, stressed by pressing deadlines, and worried about the challenges that the week ahead may present, I am tempted to say that the Blue Monday label is fitting for a day like today.

But then again, I had the flu last week as well, and stress-inducing deadlines are a common occurrence in my line of work, so why not call every less-than-perfect Monday a “Blue” Monday? What makes today so uniquely gloomy? Or perhaps a better question would be: “Is the third Monday of January truly the gloomiest day of the year?”

In this Spotlight feature, we find out where the concept of Blue Monday originated, how this date is calculated, and whether or not there is any truth to the idea.

According to reports from various online sources, Blue Monday originated with psychologist Cliff Arnall in 2005, when he came up with the concept as part of a marketing campaign for the now-defunct company Sky Travel.

In order to determine which day in January Blue Monday would fall on each year, Arnall came up with a complex formula that takes into account a variety of factors, including: weather, level of debt, monthly salary, time elapsed since Christmas, how long a person has failed to keep their New Year’s resolutions, motivational levels, and need to take action.

The premise is that the gloomiest day of the year would be marked by bad weather, guilt over not being able to keep up with the goals set for the year, money worries, and the contrast between the recent holiday cheer and the harsh return to mundane reality.

While all of these variables may seem like valid factors when it comes to calculating the worst day of the year, specialists have pointed out, time and again, that these variables are impossible to determine, making the equation utterly unscientific.

There is no way to measure “time since failure to keep New Year’s resolution” for every single person on the planet, and January weather is vastly different among countries and continents.

In fact, as I write this, the weather in New York is -14°C (7°F), but in Brighton, United Kingdom — where the Medical News Today office is based — we are enjoying a balmy 5°C (41°F), while the inhabitants of Sydney, Australia are bracing for an “intense hot spell.”

Taking on a life of its own

Since its creation in 2005, Blue Monday appears to have taken on a life of its own, and come January, many a website starts publishing lists of “top 10 things to help you face Blue Monday.”

The ‘Blue Monday’ label could enhance feelings of anxiety.

While, in essence, such initiatives may be well-intentioned, aiming to share general advice about coping with stress and low moods, they can also have unintended consequences.

For instance, individuals who are already facing depression or anxiety may find their symptoms exacerbated by constant references to, and warnings about, this allegedly grim date.

In an interview quoted by the BBC, a woman with a history of anxiety points out that talk of Blue Monday can put additional pressure on her and others who may anticipate this date as a special “day of reckoning” with mental health symptoms.

Blue Monday, she says, is “just a label on an ordinary day, but it puts a lot of pressure on people who already have a mental illness to overcome it. It adds a lot of anxiety to the day, and people get worried about the buildup [to] it.”

However, despite the suggestive name, Blue Monday was never meant to make people dread the month of January — rather the opposite, according to the concept’s originator.

In an interview with The Telegraph, Arnall explains that he initially meant Blue Monday as a challenge, encouraging people to fight any post-holiday “blues,” and start planning new adventures and embarking on new hobbies.

Yet he also says that the concept was, in retrospect, unhelpful, with the potential to become a “self-fulfilling prophecy.”

Speaking of how he developed the Blue Monday idea, he notes, “I was originally asked to come up with what I thought was the best day to book a summer holiday, but when I started thinking about the motives for booking a holiday, reflecting on what thousands had told me during stress management or happiness workshops, there were these factors that pointed to the third Monday in January as being particularly depressing.”

“[But] it is not particularly helpful to put that out there and say ‘there you are’ […] it is almost a self-fulfilling prophecy that it is the most depressing day.”

Over 13 years, what started as an idea for a regular marketing campaign has gained impressive momentum and become embedded in internet culture. Blue Monday now walks a fine line between making January a gloomier month and providing an excuse to talk more openly about mental health.

And for some companies, this infamous day is merely a continued opportunity to boost business during one of the slowest months of the year.

So don’t worry about what Blue Monday may bring to you. Ignore the hype, do your best to enjoy your day, and if you have not been altogether successful in keeping your New Year’s resolutions so far, just take this day as an opportunity to get back on track, at your own pace. 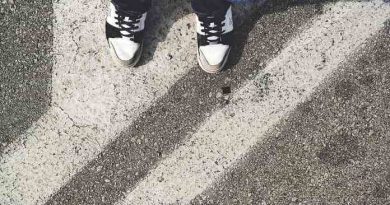 Biden picks Xavier Becerra, who has led the defense of Obamacare, to run Health and Human Services