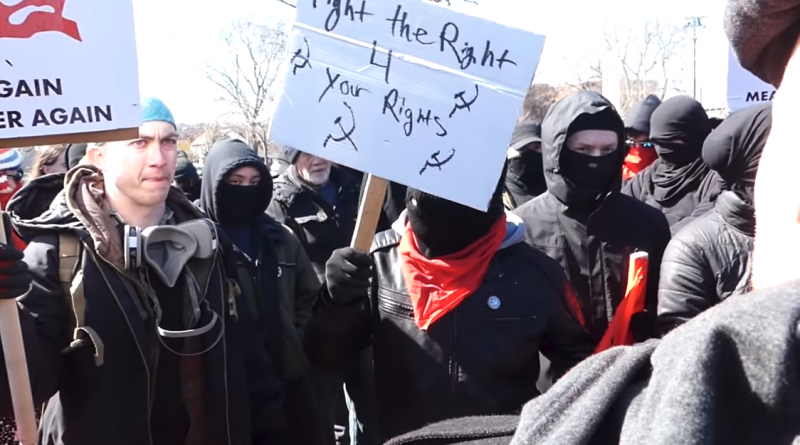 There seems to be no limit to the offenses allowed certain Antifa groups on Twitter and Facebook. SmashRacism DC, an antifa group in the Washington D.C. area, threatened Fox News anchor Tucker Carlson and his wife and 4 children on November 7, 2018. In a now-deleted Twitter post, SmashRacism posted, “Each night you remind us that we are not safe. Tonight we remind you that you are not safe either.”While the posts are gone, SmashRacism DC is still active on Facebook and Instagram.

SmashRacism DC was banned from Twitter last night. However, the group has another backup account that is still live on the platform.

The group posted pictures of Carlson’s address online, smashed his oak door, and mentioned a pipe bomb on the video posted on social media. Carlson’s wife, Susie, locked herself in a pantry and called the police. Fox News reported that SmashRacism also posted the home addresses of Carlson’s brother as well as Daily Caller co-founder Neil Patel. Twitter deleted the posts and banned the account.

On Instagram, the group posted, “Tucker Carlson has been spewing nonstop hate and lies about he migrant caravan. He also has close ties to white supremacists. Activists protested tonight at Carlson’s Washington DC area home. You can’t hide from those you hurt, Tucker.” The image of the text was captioned with, “Maybe don’t promote white nationalism? Don’t spread xenophobia and lies.”  Instagram has not taken down either the post or the group.

However, SmashRacism DC is not a one-time offender. In August, the group chased Senator Ted Cruz (R-TX) and his wife out of a restaurant and posted videos of the incident, along with a manifesto threatening Cruz and President Donald Trump. The post read, “This is a message to Ted Cruz, Bret Kavanaugh, Donald Trump and the rest of the racist, sexist, transphobic, and homophobic right-wing scum: You are not safe. We will find you. We will expose you. We will take from you the peace you have taken from so many others.”

The same group posted a meme of conservative analyst Gavin McInnes’s phone number and encouraged followers to call the number and harass McInnes. While all these posts were taken down, Facebook did not make the call to ban the account. 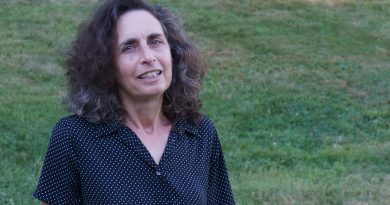 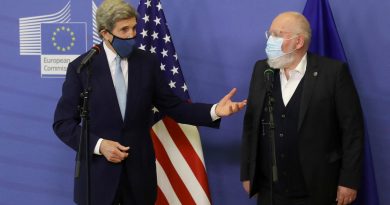 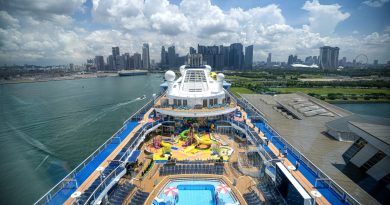