Coastguards in the UK have discovered a washed-up piece of rubbish that shows the stunning staying power of plastic pollution.

This decades-old bottle of Fairy dishwashing liquid is estimated to be nearly 50 years old, but almost looks like it was manufactured just the other week.

Yes, it’s crumpled and muddy. But the colours and branding are still bright, the text still clearly legible, the plastic still firm and intact.

It is, essentially, an ageless piece of humanity’s trash that cannot, will not, die. An enduring reminder of how big a problem the world is facing as plastic in our oceans and waterways mounts up, threatening to give even fish a run for their money.

The bottle was discovered by a beach warden with the Burnham Coastguard Rescue Team, who found the item amidst an unusually large amount of debris washed ashore by recent tides.

“There was about 300 to 400 tonnes of stuff that had been washed up overnight,” coastguard station officer Dave Welland told the BBC.

“I’ve been part of the coastguard for years but I can’t remember seeing that amount of rubbish on the beach before. It was mental.”

Thankfully, a lot of the debris in question was natural in origin, rather than artificial, manufactured material.

Both might look unsightly when piled up on sandy beaches, but there’s a big difference in how harmful they are for the environment.

“Natural debris is just that, natural, biodegradable items like wood and seaweed,” the coastguards explained in a post online.

“Most of it will return back to the water on following tides where it will provide habitat and food sources for marine life.”

Plastic is another matter. It variously clumps together into epic garbage patches, finds its way into our food supplies, and spreads to the furthest reaches of the ocean.

While nobody knows for sure just how old the bottle is, it’s definitely a relic from another age.

Text on the side of the bottle promotes a bargain price of “4d off”, indicating a discount of 4 pre-decimal pennies.

This means the plastic survivor dates from at least as far back as 1971, when the UK embraced decimal currency. So it’s at least 47 years old, and possibly much older – not that you’d know it by looking at its condition.

Shocking indeed. Some kinds of plastic take 450 years to break down, while others are thought to not biodegrade at all.

Because of this, it’s important to limit our plastic pollution as possible.

As the Burnham Coastguard Rescue Team suggests, we can try to reduce our day-to-day plastic use, always properly dispose of rubbish in bins, and be mindful of what we flush down our toilets. 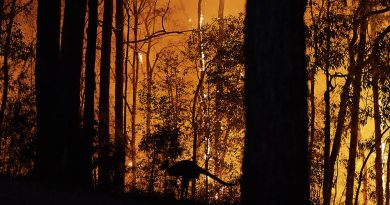 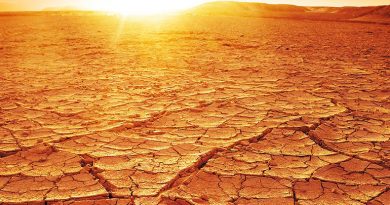