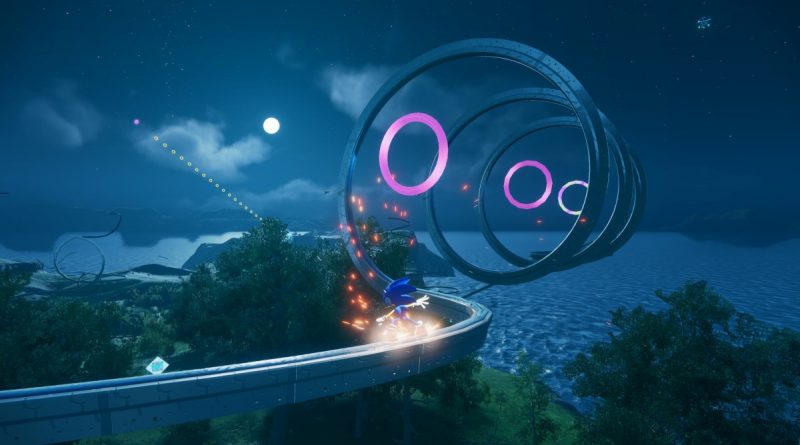 Interested in learning what’s next for the gaming industry? Join gaming executives to discuss emerging parts of the industry this October at GamesBeat Summit Next. Learn more.

Sonic Frontiers is planning to come out this holiday season for PlayStation 5, Xbox Series X/S, Switch, PlayStation 4, Xbox One, and PC. But fans have been debating if it should.

Most are reacting to trailers, but I had a chance to actually play some of Sonic Frontiers during the Summer Game Fest Play Days event last week. And what I tried has promise. Running around an open environment with Sonic can feel freeing and fun. I also enjoyed the combat, which manages to mix Sonic’s speed with modern action game basics like combos and dodging.

But there’s also room for concern. While running, grinding and dashing through the world feels good, movement gets more awkward when you slow down. At one point, I wanted to jump to the roof of a ruined temple. Maneuvering Sonic during tighter platforming like this can feel rough, especially when objects feel like they have random hit detection.

Speaking of hit detection, I also fell through the ground and died after beating a boss. These kinds of bugs aren’t unusual for a game that is still in development, but Sonic has a history with these kinds of problems. It’s concerning. Basically, what I played was promising but unpolished.

While at the Summer Game Fest Play Days, I also had a chance to talk with Sonic Frontiers creative officer and longtime Sonic series shepherd Takashi Iizuka. I asked him about taking Sonic in this new direction and if he thinks Frontiers will hit its holiday launch target.

GamesBeat: What was most difficult when it came to translating Sonic to this more open world design?

Takashi Iizuka: This is really speaking to the difficulties in making these games. But both the classic Sonic games, and even the more modern Sonic games, they all had a start and a goal. We put Sonic somewhere. We know where he’s going to go. In between we fill that space with a lot of platform action. Through that design, we’re able to encapsulate the high speed action and get Sonic to the goal while you have a fun time.

But the challenge that we have now, now that we have this huge 3D open area, the open zone gameplay we need to create has to encapsulate that same high speed platform action we experienced up to now in every Sonic game, but in this wide, expansive 3D format. It was a lot of making sure that the open zones still featured the high speed platforming and the action, all in this brand new format.

GamesBeat: Is it hard judging just how fast Sonic should be in this kind of open game?

Iizuka: If you slow down Sonic, you’re missing some of the essence of Sonic. We couldn’t really slow him down. In fact, we kept him at the same high speed. We even have a boost feature. It’s very much the same speed for Sonic, the feel of Sonic. We wanted to make sure that remained in the game. The only way we could make sure to keep that was the expansion of the island. That’s really where we had the biggest challenge. We had to make this really massive island, because Sonic has to be fast, but he can’t just run all the way around the island super quickly. So how big could we make the island? That became the challenge.

GamesBeat: We’ve seen this grassy area of the island so far. Are there going to be other different-looking locations?

Iizuka: Sonic Frontiers takes place on the Starfall Islands, that whole world. We’re just showing the first island right now. On that first island we do have these grassy, rolling hills. We also have a waterfall area, a cliff, mountains and other areas on that island. But yes, on the Starfall Islands, yes, there will be other islands. We can’t talk about it right now, but there will be islands that look and feel differently.

GamesBeat: Does Sonic Team look at a lot of other open world games for ideas or inspiration.

Iizuka: Open world games are very popular. I play a lot of them myself, and so do a lot of people on the team. But the open zone game that we’re creating, actually, it’s not open world. It comes from a different kind of world design. We wanted to take that linear platform action format and expand it. Instead of being a start to finish goal in a linear format, we wanted to make this huge expansive island and allow you to freely go wherever you want, while you were doing action platforming. Instead of trying to create a world, create people in that world, create all these world details, we wanted to expand on action platforming and make open zones in the island where 3D action platforming could take place.

We know a lot of people look at the videos and think, oh, this is an open world game, but the whole design element, the starting point and the idea behind the island that we created, was really the linear platform action, not building an open world.

GamesBeat: Some Sonic games have a lot of story elements, and some not so much. Where does Frontier land?

The storytelling techniques we’re using for Frontiers are a little bit different. We wanted to have you experience things as Sonic would experience them, in a very mysterious format. You show up on the island, but why are you here on the island? What even are these islands? That’s the mystery we wanted to set up, and have you figure that out as you explore the islands. You’re going around and figuring out more of the mysteries. You’re learning more about what’s going on in the story. Because you’re going out and experiencing it while playing as Sonic. We’re advancing the storytelling, and that’s what I think is going to be different about the storytelling in Frontiers compared to previous Sonic games.

GamesBeat: The music also seems different in an interesting way. Usually Sonic music is loud and energetic. This is almost sort of … soft and pretty? Why the change for this game?

Iizuka: It kind of ties into the story. We have Tomoya Ohtani, who’s been a music composer on many Sonic games previously, and a lot of his music is that really heavy rock, meant to get you excited, pump you up, go out and have a fun time. He’s done that kind of music before. When he heard about the story, and the kind of mystery and intrigue that’s going to be conveyed on the islands, he went and made music that would be a great fit for that feel. If you have this mysterious music alongside the mysterious story, it really fits. We think he did a great job of making sure you could feel that bit of anxiety, the sense that you’re not sure what’s going on, that mystery. That’s all part of the music that matches along with the game.

GamesBeat: Sonic fans can be pretty intense, pretty passionate. Is it scary showing a new game sometimes, especially one like this that’s a bit different?

Iizuka: I’m always interested in how the fans react to the things we announce, the things we show them. They are, as you say, a very passionate group. When we look at the previous games, the first generation was side-scrolling, that classic Sonic gameplay. The second generation was the more modern gameplay, from Sonic Adventure on. What we’re doing now is taking the next step. This is the third generation, almost. We know we’re showing fans something new that maybe doesn’t make sense to them yet.

But we really wanted to think about where we need to take Sonic for the next 10 years. What kind of gameplay do we need to start building out to keep people excited for the future? Sonic Frontiers is that next step for the next 10 years. We hope that fans believe in us and that they enjoy what we’re showing them. We’re looking forward to when they get to play it and really understand what it’s about.

GamesBeat: We’ve been seeing a lot of gameplay already, and you’re still targeting this year for release. Are you feeling confident about that release window still?

Iizuka: Everyone’s working very hard to keep everything moving forward to release this year. We’re having a good time sitting here, but the team in Tokyo is really putting in long hours to make sure we can deliver something amazing for the fans this year. Game development is always so tough. We want to put more in. We want to do better. We want to make sure the fans are impressed. Everyone in Tokyo is working hard to make that happen.

GamesBeat’s creed when covering the game industry is “where passion meets business.” What does this mean? We want to tell you how the news matters to you — not just as a decision-maker at a game studio, but also as a fan of games. Whether you read our articles, listen to our podcasts, or watch our videos, GamesBeat will help you learn about the industry and enjoy engaging with it. Learn more about membership. 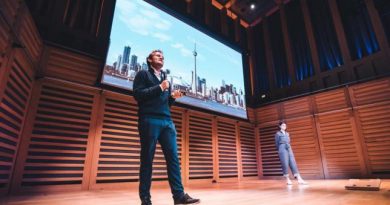 Entrepreneur First, the ‘talent investor,’ to launch in Toronto, Canada early next year 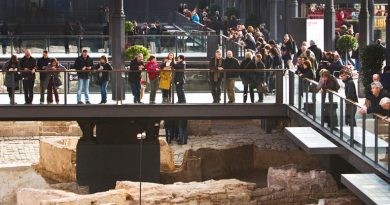 Augmented reality has immense power — its users will need rights