Skip to content
HEALTH
May 25, 2022 ENR
A woman shops for baby formula at Target in Annapolis, Maryland, on May 16, 2022, as a nationwide shortage of baby formula continues due to supply chain crunches tied to the coronavirus pandemic that have already strained the countrys formula stock, an issue that was further exacerbated by a major product recall in February.
Jim Watson | AFP | Getty Images

The Federal Trade Commission on Tuesday launched an investigation into infant formula manufacturers to find out whether corporate mergers contributed to a nationwide shortage by concentrating the industry.

FTC Chair Lina Khan said that the commission would also investigate whether formula makers and distributors engaged in illegal economic discrimination that limited availability at some retailers.

“Discriminatory terms and conditions can exacerbate the inability of some grocers, pharmacies, and other stores to source products in short supply, impacting both rural and inner-city communities in particular,” Khan said in a statement Tuesday.

Parents across the country have struggled to find formula for their infants at stores after Abbott Nutrition shut down its plant in Sturgis, Michigan in February due to bacterial contamination. Four infants who consumed formula made at the plant were hospitalized with bacterial infections, and two of them died. Abbott has said there’s “no conclusive evidence” that its formula led to the hospitalizations and deaths.

The FDA and Abbott reached an agreement to reopen the Michigan plant to help ease the shortage, subject to conditions the company has to fulfill to ensure the plant meets U.S. food safety standards. The agreement, called a consent decree, is enforceable by federal courts. The company faces the threat of $30,000 daily fines if it fails to comply.

President Joe Biden asked the FTC earlier this month to investigate the infant formula shortage to find out whether manufacturers contributed to it by keeping formula from smaller retailers. He also asked the commission to stop any individuals or businesses from taking advantage of the scarcity by price gouging parents.

Khan said the FTC would use the full force of the law against anyone who is scamming families trying to buy formula, including through online bots that automatically purchase and resell formula at exorbitant prices.

“While reselling these products is not illegal and may serve a useful function, using ‘bots’ or other automated tools to divert large amounts of supply of life-sustaining products from ordinary retailers and then prey on desperate families may constitute an unfair practice under the FTC Act,” Khan said.

The FTC also asked the public to submit comments to a federal website about whether any state or federal agencies may have accidentally taken actions that contributed to the shortage.

Biden has invoked the Defense Production Act, a law passed in response to the Korean War, to help manufacturers boost production by ordering suppliers to prioritize the delivery of baby formula ingredients. The U.S. is also airlifting the equivalent of 1.5 million 8-ounce bottles of formula from abroad, according to the White House.

The U.S. House Energy and Commerce Committee’s Oversight and Investigations subcommittee will hold a public hearing Wednesday on the baby formula shortage. It will feature testimony from FDA Commissioner Robert Califf and executives from formula manufacturers Abbott, Gerber and Reckitt. 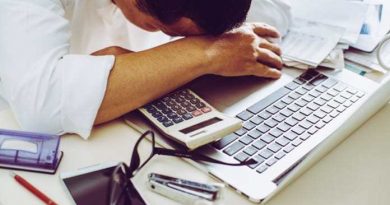