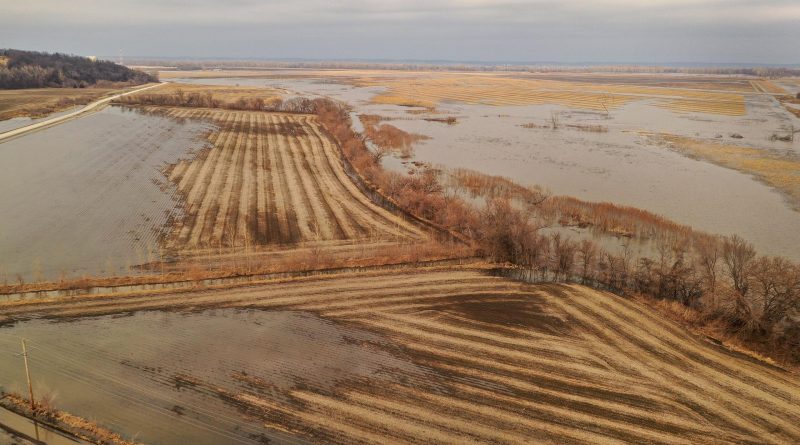 As climate change drives more droughts, rain and extreme weather across American farmland, the cost of insuring the country’s farmers has soared, putting taxpayers increasingly on the hook for the growing tab.

A new analysis based on government data finds that insurance payments to farmers have risen more than 400 percent for drought-related losses and nearly 300 percent for losses from rains and flooding, from 1995 to 2020. In that time, farmers received $143 billion in indemnity payments—settlements of claims—more than two-thirds of which were for drought and rain that destroyed crops or prevented farmers from planting them in the first place.

“What we’re seeing is that climate change is likely increasing costs to this program, and we also know that crop insurance discourages farmers from adapting to climate change,” said Anne Schechinger, a director with the Environmental Working Group, an advocacy organization that conducted the new analysis and has long tracked government subsidies to farmers. “We think the program needs to be reformed to encourage farmers to become more resilient to extreme weather from climate change.”

Crop insurance was initially set up to compensate farmers when bad weather destroys crops or when prices fall. Weather-related claims have, historically, represented the biggest chunk of the dollars flowing to farmers, according to government data.

But projections from government and academic researchers say that the cost will likely balloon as climate change makes growing conditions even more challenging. One study, published last year, blamed the increased costs of the crop insurance program squarely on global warming, the first such research to say the climate costs aren’t merely a prediction, but have already climbed.

Up to now, the crop insurance program, run by the Department of Agriculture’s Risk Management Agency, has been “actuarially sound”—that is, the premiums paid each year generally don’t exceed the cost of the indemnities paid out.

But that’s only because taxpayers pay 60 percent of those premiums—about $103 billion of the $171 billion total—while farmers pick up the rest.

“If you look at the performance of the program, it’s good. Premiums are sufficient to cover indemnities,” said Joe Glauber, a former chief economist at the Department of Agriculture, now a senior research fellow at the International Food Policy Research Institute. “But if you don’t include the premium subsidy, it doesn’t work.”

Glauber noted that in some disastrous years, like 2012, which was plagued by extreme drought,  indemnities far exceeded the premiums. “If you had two 2012’s in a row, the rates would have to increase,” he said.

With the expected challenges of climate change, those costs most certainly will rise, perhaps to a point where farmers can’t afford insurance anymore and quit farming as a result—unless Congress and taxpayers are willing to pay more of the growing tab.

Lawmakers have largely been unwilling to cap rates or otherwise curtail the program.

“Many unforeseeable factors impact yields, price and finances of agricultural producers, and that uncertainty makes the industry susceptible to risk,” said Rep. Glenn ‘GT’ Thompson, a Republican from Pennsylvania, at a Congressional Crop Insurance Caucus in 2019. “For the long-term success of American agriculture and our national food supply, it is critical that farmers and ranchers have access to voluntary tools to help manage that risk.”

Supporters also note that the Risk Management Agency has started to incorporate climate change into its calculations. The agency recently changed the time period it bases risk on, from 40 years to 20 years, to more accurately reflect changes in weather patterns and climate.

“This allows premium rates to respond more quickly to changes in risk and better reflect the evolving conditions,” Thomas Worth, chief actuary for the agency, told a panel last year.

But a greater concern, critics say, is that crop insurance has encouraged farmers to plant environmentally damaging crops, year after year, driving erosion across the fertile soils of the Midwest, increasing the use of polluting fertilizers and unleashing soil carbon. They say the program has effectively covered up the financial risk farmers face from climate change—and risks to the broader food supply.

“You don’t want to provide an incentive for producers to continue just because the government is bailing them out,” Glauber said.

The safety net created by the crop insurance program has pushed farmers to take more risks and plant crops in places they shouldn’t, many critics say.

“The program encourages farmers to move production of crops, like wheat especially, into semi-arid areas,” said Vincent Smith, a professor in the department of agricultural economics at Montana State University, who has written extensively about crop insurance and other farm support programs. “It’s encouraged farmers to start planting on higher risk land, and from any climate change view, that’s a bad outcome. You’re getting relatively little extra wheat on this land and you’re releasing carbon from the soil.”

The Environmental Working Group’s new database, released along with the new analysis, drills down into crop insurance payments and subsidies, displaying them by county and state, by commodity and by the cause of loss. All of this data is available from the Agriculture Department, but is difficult to access or parse.

Their analysis shows that 10 counties in Texas received the most payments from drought-related claims and 10 counties in the Dakotas received the most payments from excess moisture-related claims. That lines up with projections that Texas will become hotter and drier and the Dakotas, warmer and wetter, and sends a warning that if the trends keep accelerating, the program will become too expensive for the government and farmers to bear.

The researchers who created the new database say they hope it will inform policy makers as negotiations ramp up for the 2023 Farm Bill, the massive, multi-year legislation that encompasses agricultural subsidies, as well as food assistance programs.

But there’s growing debate over the crop insurance program and whether it’s the right place to create incentives for farmers to grow crops in more “climate friendly” ways.  Some proposals, for example, have suggested giving farmers a break on premiums if they agree to do certain things on their farms, like planting crops that lock carbon in the soil and avoiding tilling it.

Glauber, for one, says he’s concerned that attaching climate incentives to crop insurance could complicate an already complicated program.

“I don’t think you should confuse what you’re trying to subsidize,” he said. “That’s best done by being explicit about it. Don’t bundle it with crop insurance.”

The Agriculture Department and private companies are in the process of promoting carbon trading markets, in which farmers could sell credits to polluting companies that want to offset their own carbon emissions. They would do this by employing some of the same “climate friendly” practices that help soil store carbon and might be encouraged through the crop insurance program.

Many critics see these practices as problematic, largely because they can be costly to farmers and difficult to verify.

“We know these practices are difficult,” Smith said. “If you want to get serious with a simple policy change that would have an impact on carbon emissions, how about getting rid of the crop insurance program?”

Georgina Gustin covers agriculture for Inside Climate News, and has reported on the intersections of farming, food systems and the environment for much of her journalism career.  Her work has won numerous awards, including the John B. Oakes Award for Distinguished Environmental Journalism and the Glenn Cunningham Agricultural Journalist of the Year, which she shared with Inside Climate News colleagues. She has worked as a reporter for The Day in New London, Conn., the St. Louis Post-Dispatch and CQ Roll Call, and her stories have appeared in The New York Times, Washington Post and National Geographic’s The Plate, among others. She is a graduate of the Columbia University Graduate School of Journalism and the University of Colorado at Boulder.
Please follow and like us: 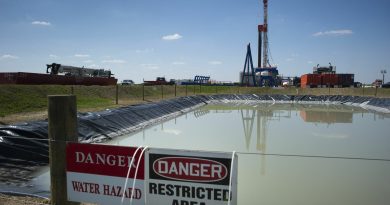 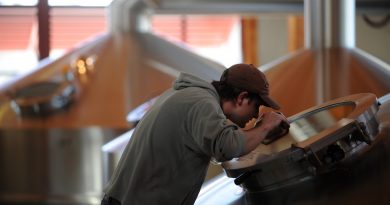 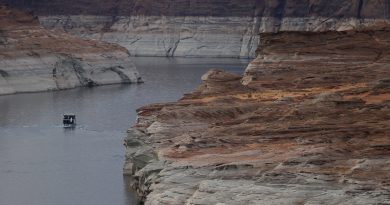 The West Sizzled in a November Heat Wave and Snow Drought