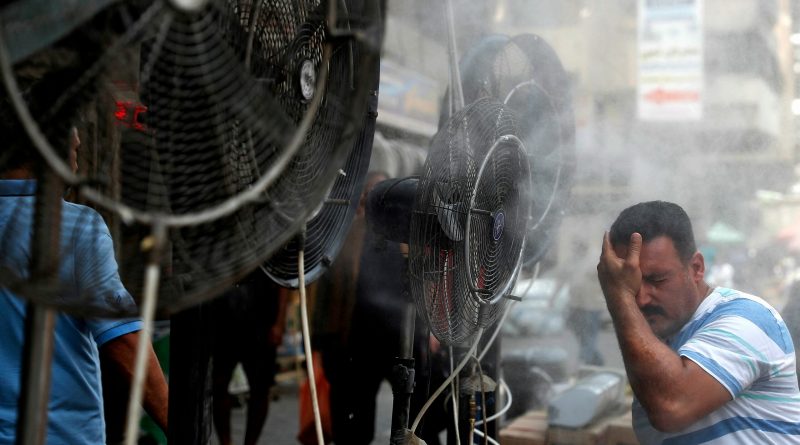 Earth’s annual average temperature checkup can mask a lot of the details of the climate record over the previous year, and 2021 showed that deadly heat-related climate extremes happen, even if it’s not a record-warm year.

Global average temperature isn’t always the most important measure, University of Michigan climate scientist Jonathan Overpeck said, after United States federal agencies released the Global State of the Climate report, ranking 2021 as the sixth-warmest year on record for the planet.

“As with politics, it is often what happens locally that matters most, and 2021 was one of the most deadly and destructive years on record because of the unusually warm atmosphere that is becoming the norm,” he said. “Extreme heat waves were exceptional in 2021, including the deadly Pacific Northwest U.S. and Canada heatwave that killed hundreds and also set the stage for fires that wiped out a whole town.”

Last year, the climate “was metaphorically shouting to us to stop the warming, because if we don’t, the warming-related climate and weather extremes will just get worse and worse, deadlier and deadlier,” he said. “Even tornadoes are now thought to strengthen as a result of the warming, and this effect probably also was the reason we had tornadoes in 2021 that reached northward into parts of Minnesota for the first time ever in December.”

The Pacific Northwest heat wave was the most extreme hotspot in a series of heat extremes that together seemed to stretch across the entire northern hemisphere for much of the summer, said Chloe Brimicome, a climate scientist and heat expert at the University of Reading.

“What really stood out for me was this period in summer, in July,” she said. “Everywhere you looked, consecutive records in many countries for temperature were being broken, day on day on day. I don’t think we’d ever really seen that before, or at least we hadn’t heard about it in the same way before.”

July 2021 ended up being the single hottest month for Earth since measurements started, and on the ninth day of the month, a thermometer at Furnace Creek, in California’s Death Valley, recorded 54.4 degrees Celsius (130 degrees Fahrenheit) for the second year in a row, in what could stand as the highest reliably measured temperature on record.

Near the end of July, a heat wave disrupted Tokyo Olympic Games scheduling, and less than two weeks later, on Aug. 11, a Syracuse, Sicily weather station measured Europe’s warmest-ever temperature, at 48.8 degrees Celsius (119.8 Fahrenheit), during Europe’s hottest summer on record. A few days after that, it rained at the summit of the two-mile thick Greenland Ice Sheet for the first time on record, yet another sign that pervasive warming is affecting the whole globe.

The year ended with a long and extreme autumn heat wave in the Western United States that contributed to Colorado’s costliest wildfire to date, and also with off-the-charts heat extremes in the European Alps, with above-freezing temperatures on the highest summits on Dec. 31.

And to reinforce that global warming doesn’t stop as the calendar year ends, 2022 started as the previous year ended, with a grain-withering heat wave in the Southern Hemisphere centered over Argentina, while farther south in Patagonia, vast tracts of forest are on fire. On Jan. 13, meteorologists reported a preliminary reading of 50.7 degrees Celsius in Australia, tying the Southern Hemisphere record.

Brimicome said that, with last year’s heat extremes, it hit home that, “Oh dear, this has already started, it’s catching up with us, it’s here now.”

She added, ”We’re going to see more and more of this sort of extreme heat and extreme weather. It wasn’t a shock because that’s what had been projected, but a surprise, because it had always kind of crept up on us.”

Based on the most recent evaluations of greenhouse gas emissions and concentrations, especially of methane, which recently reached another record level, as well as studies of other important climate indicators, warming could speed up even more in the years ahead. By 2023, the global annual temperature could pass the 1.5 degree Celsius warming limit set by the Paris Agreement, climate scientist James Hansen wrote in his Jan. 11 monthly climate update.

A separate study, published last week, showed that, while the planet’s globally averaged surface temperature has wobbled the past six years, the world’s oceans continued to warm steadily during that time, setting a new record each year, including 2021. That matters a lot for the climate because more than 90 percent of the sun’s heat trapped by greenhouse gases is going into the oceans, said Kevin Trenberth, a distinguished scholar at the National Center for Atmospheric Research and a co-author of the study.

“The ocean is where most of it goes,” he said. “If you’re tracking that over time, we should be able to match that with measurements from satellites. That would be the best indicator of total energy imbalance for the planet.”

By another measure, that energy imbalance is growing at a rate equivalent to the energy from about five Hiroshima-sized atom bombs exploding every second of every day of every year, all captured by the oceans. Manifesting as heat, the energy melts sea ice and ice shelves, raises sea levels and supercharges tropical storms.

Rising ocean heat content is increasing the frequency and intensity of ocean heat waves that have killed huge areas of coral reefs across the world’s tropical oceans and shifted fish populations, threatening the food supplies of up to 3 billion people, mostly in developing countries in the global south.

Concerns about faster warming ahead are also heightened because warmer oceans are less able to take up carbon dioxide from the atmosphere. Currently, oceans absorb about 25 percent to 30 percent of human carbon dioxide emissions, said Lijing Cheng, lead author of the new ocean heat paper and associate professor with the International Center for Climate and Environmental Sciences at the Institute of Atmospheric Physics of the Chinese Academy of Sciences.

That leads to ocean acidification and “reduces the efficiency of oceanic carbon uptake and leaves more carbon dioxide in the air,” which traps even more heat, he said.

Cheng said the study showed that the pattern of ocean warming “is a result of human-related changes in atmospheric composition,” adding that warmer oceans create more powerful storms and hurricanes, “as well as increasing precipitation and flood risk.”

“Aside from causing coral bleaching and threatening sea life and fish populations we rely upon for roughly 25 percent of our protein intake globally,” Mann said, ocean warming “is destabilizing Antarctic ice shelves and threatens massive (meters) of sea level rise if we don’t act. So this finding really underscores the urgency of climate action now.”

Another global annual climate summary from a team of scientists with the Berkeley Earth laboratory showed that 1.8 billion people in 25 countries—about a quarter of the world’s population—experienced a record-warm annual average in 2021.

“No one lives at the global average temperature,” said Berkeley Earth lead scientist Robert Rohde. “Most land areas will experience more warming than the global average, and countries must plan their responses to this.”

Some of the world’s most populous countries experienced their hottest years on record, including China, South Korea and Nigeria, and many of them are countries that are already very hot, including Bahrain, Iran, Kuwait, Oman, Qatar, Saudi Arabia and the United Arab Emirates in the Middle East.

Overall, the Berkeley team’s data showed that the global warming caused by greenhouse gases is broadly distributed, as expected, because the pollutants are spread through the atmosphere.

In 2021, 87 percent of Earth’s surface was significantly warmer compared to a 1951-1980 baseline, with 11 percent of the surface at a similar temperature, and only 2.6 percent significantly colder. An absence of cold extremes also illustrates the overall warming trend, as the team reported that no place on Earth recorded a record cold annual average.

A building level of greenhouse gases from human activities “is the direct cause of recent global warming,” Rohde said. “If the Paris Agreement’s goal of no more than 2 degrees Celsius warming is to be reached, significant progress toward reducing greenhouse gas emissions needs to be made soon.”

Brimicome, who does research on extreme heat, said the spate of climate extremes in 2021 may mark a start of a widespread coming to terms with climate change.

“I think we’ve always had these rose-tinted glasses toward it, like yes, climate change is happening, but it’s not going to happen to me,” she said. “We need to take off those glasses and be realistic about what’s happening. Although part of our brain is telling us it can’t be true, it is completely in front of us. If we continue with this narrative, even like I did, that we’re surprised and shocked, it’s kind of like saying it’s not real. But it is real.” 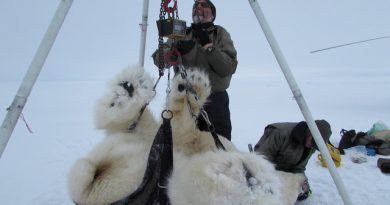 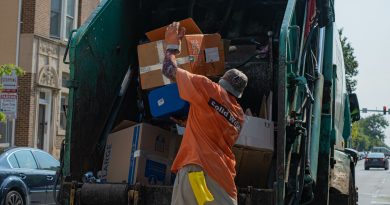 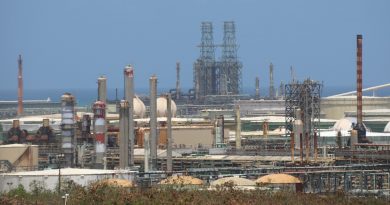