Join gaming leaders, alongside GamesBeat and Facebook Gaming, for their 2nd Annual GamesBeat & Facebook Gaming Summit | GamesBeat: Into the Metaverse 2 this upcoming January 25-27, 2022. Learn more about the event.

Dying Light 2: Stay Human will take either 20, 80, or 500 hours to complete, according to the series’ Twitter account.

Leading up to the game’s February release the Twitter has been posting a variety of information about the parkour, zombie-survival adventure. These posts include information about gameplay mechanics, systems, as well as contests and trivia.

To fully complete Dying Light 2 Stay Human, you’ll need at least 500 hours—almost as long as it would take to walk from Warsaw to Madrid!#DyingLight2 #stayhuman pic.twitter.com/Sk3KFpRJoA

Fans on Twitter latched on to the tweeted infographic, leading to both mild backlash and jokes from the Twitter community. One of the most viral reactions on Twitter asked the community which games they had actually put 500 hours into.

The 2nd Annual GamesBeat and Facebook Gaming Summit and GamesBeat: Into the Metaverse 2

After a few hours spent responding to individual responses the Twitter account issued a clarification to the original tweet. The 500-hour number, according to them, is the time it will take to do absolutely everything. For just the main story, side-quests, and some exploring it will be closer to 100 hours.

A few days later the Dying Light account followed up with a second infographic to clarify the amount of time the game will take to complete.

We wanted to clarify our recent communication about the amount of hours required to complete the game. Dying Light 2: Stay Human is designed for players with different gameplay styles and preferences to explore the world how they see fit.#DyingLight2 pic.twitter.com/tcaDKULMo8

This level of response to an otherwise fun factoid isn’t overly surprising. The original Dying Light still sees thousands of daily players on Steam. Dying Light 2 was the most wish-listed game on Steam for over 12 months, only recently being surpassed by Elden Ring. 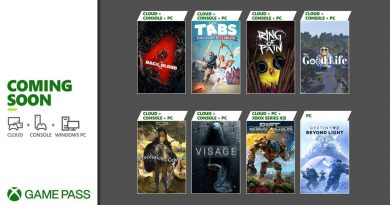 Destiny 2: Beyond Light is coming to Xbox Game Pass for PC in October