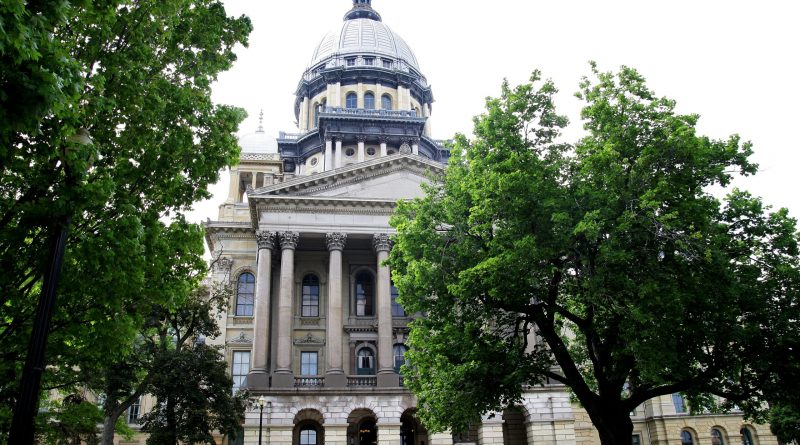 If you want to understand the politics of the clean energy transition, I could give you a stack of books to read and a list of experts to consult. Or, you could just watch the debate on the floor of the Illinois Senate on Monday.

In about 80 minutes, each side laid out its case—replete with emotional pleas, straw men and the occasional joke—providing an encapsulation of how complex issues get translated into bumper sticker arguments.

The debate was over a clean energy and climate bill that senators passed later in the day with a 37 to 17 vote and that was signed into law Wednesday by Gov. J.B. Pritzker.

The law sets a goal of 100 percent carbon-free energy by 2050, with rules that phase out fossil fuel power plants; provides $694 million in subsidies for nuclear power; expands aid programs for renewable energy; and takes steps to provide jobs and clean up the air in communities of color. It puts Illinois in the company of states with far-reaching energy laws, like California, Hawaii, Massachusetts, New York and Washington, among others.

There was no suspense about the outcome of Monday’s Senate vote: Democrats control both chambers of the Legislature and the governor’s office, and the party’s leaders came up with a final version of the bill that the House passed last week. On Monday, senators’ speeches were more about framing the way they want the bill to be perceived by the public than about persuading legislators.

Here are four of the major themes:

Taking the Long View: During the debate, Democrats focused on the big picture and the idea that the bill would improve the state for future generations, a much easier task than explaining the details of a bill that runs about 1,000 pages.

The bill is “a historic culmination of a difficult but worthwhile negotiation process where we refused to accept anything but the best for Illinois in terms of a clean energy future,” said Sen. Michael Hastings, a Democrat, who led debate on the bill and is chairman of the Energy and Public Utilities Committee.

Senate President Don Harmon, a Democrat, leaned into the moment.

“We’ve done all this because we understand the pressing dangers to our environment, the very real threat of climate change, and the need to do something now to protect our future,” he said.

“This isn’t a game,” Harmon said. “What we do here affects people’s lives and livelihoods.”

He talked about his 17-year-old daughter who, he said, has been wondering “for far too long if the grown-ups are going to leave her a habitable world.”

As I listened to the debate, I thought of how there was similarly lofty talk before Illinois leaders passed the Future Energy Jobs Act in 2016, when there was a Republican governor and Democrats controlled the House and Senate. That law turned out to have some deep flaws and is now part of a bribery probe, as Brett Chase of the Chicago Sun-Times and I have reported.

I don’t doubt the sincerity of the leaders in talking about their hopes for this bill, but Illinois has the burden of showing that it has learned from its mistakes in implementing a major energy law.

Talk of High Costs: Republicans argued that the bill’s costs far exceed any benefits. They said the official estimate of the initial costs—an average electricity bill increase of $3.55 per household per month—is likely to be less than the true costs. The sponsors offered no estimates of the total cost of the bill, although the parts that have clear price tags add up to more than $1 billion.

“The question will be whether the benefits of this bill will outweigh that sizable cost,” said Sen. Craig Wilcox, a Republican. “Specifically, will the investment in renewables lower our overall carbon footprint, sustain our electricity needs, help our struggling small businesses and families? Or, will we be back here in a few years asking more from the ratepayers because this bill was short-sighted?”

Much of the increase, however, is coming from one of the only parts of the bill that many Republicans support: government aid for nuclear plants.

And any focus on the costs of the energy transition relies on some dubious accounting. It doesn’t include the monumental costs of moving too slowly, and it doesn’t reflect that carbon dioxide emissions have a social cost that is borne by the public but not reflected in utility bills.

Urban Versus Rural: In the debate, Republicans tended to characterize the bill as Chicago-centric and packed with programs to benefit urban communities, with little for rural Illinois.

Sen. Terri Bryant, a Republican, said parts of the bill “are nauseating to me,” and then framed the measure as an intentional marginalization of her part of the state.

“Downstate Illinois was completely forgotten and ignored in this bill, as is often the case here in Springfield,” she said.

Other senators highlighted the bill’s $4,000 rebate for buying an electric vehicle appears  to only be available in the Chicago area. The rebate is tied to an existing alternative fuel vehicle program, the financing for which comes from taxpayers in eight Chicago-area counties, and it is not clear that residents outside of those counties would be eligible.

Pritzker’s office has said the governor intends for the rebates to be available statewide and will make that clear in follow-up legislation in the near future.

The pitting of urban versus rural is a common feature of energy debates. The tension is heightened by the fact that most energy consumers live in metro areas, yet most utility-scale solar arrays and wind farms are in rural areas, along with the transmission lines that deliver the electricity.

Renewable energy projects pump money into rural counties, helping to pay for roads, schools and local governments. But many rural residents watch their landscapes change with the construction of clean energy systems and receive no direct financial benefits from that transition.

Opponents of the Illinois energy bill aren’t going to win a debate using this kind of appeal but similar arguments have been effective in parts of the country where rural areas have more political clout.

Accusations of Hypocrisy: Some Republican opponents of the bill said that the state’s desire to move towards clean energy amounts to a mere reshuffling of the deck, with Illinois adding renewable energy that is unreliable and will result in the state needing to import energy produced with fossil fuels from other states. Supporters of the bill, the opponents say, care more about appearing green than actually being green.

“This is the biggest fallacy of them all, for people to go out and issue press releases that they’re getting tough on carbon, that we’re going to get rid of coal, get rid of that evil coal,” said Sen. Chapin Rose, a Republican. “But you know what, for those of us who live along the Indiana border, we know exactly what’s going to happen. All those electrons are going to get backfilled from Indiana and Kentucky with carbon. We’re going to trade carbon for carbon, except this time we get the privilege of paying more for it.”

He may be right that sometimes, especially on days with the highest electricity demand, Illinois will be importing electricity generated in neighboring states that have been slower to phase out fossil fuels.

But Illinois residents will not be breathing the air polluted by the plants in Indiana, Kentucky and elsewhere. And those other states are likely to be several steps behind Illinois in the race to attract clean energy companies.

Hastings, speaking near the end of the debate, summed it up this way:

“The question is, do we do something or do we do nothing?”

Manchin Puts Up Roadblock to Clean Energy Legislation: Congress is racing to complete the drafting of a $3.5 trillion budget bill that includes potentially transformative spending to encourage renewable energy development. Rather than get into the details, which are being worked out in committees, I’ll highlight the big sticking point, which is that Democrats need unanimous support in the Senate to pass the bill, and Sen. Joe Manchin (D-W.Va.), has made clear that he doesn’t support the plan, as Anthony Adragna reports for Politico.

U.S. Solar Prices Rose in Second Quarter, Reversing Recent Trend: One of the near constants in the U.S. energy economy has been that solar power prices have been on a steady decline. But that changed in the second quarter, with prices increasing across every market segment for the first time in the seven years that the Solar Energy Industries Association and Wood Mackenzie have been doing regular reports. Utility-scale solar saw the largest percentage increase in costs, up 6 percent compared to the same period last year. Prices have risen because of a combination of price increases for raw materials and problems in the supply chain that are making it difficult for manufacturers to get timely shipments, as Pippa Stevens reports for CNBC. “This is a critical moment for our climate future but price increases, supply chain disruptions and a series of trade risks are threatening our ability to decarbonize the electric grid,” said Abigail Ross Hopper, SEIA’s president and CEO.

Massachusetts Offshore Wind Farm Moves Closer to Construction: Vineyard Wind 1, which aims to be the country’s first super-sized offshore wind farm, has obtained the financing it needs to move forward, one of the final steps before construction can begin. The project’s developers said on Wednesday that they have closed on a $2.3 billion loan and would start construction later this year, as Nichola Groom reports for Reuters. Vineyard Wind 1, with 800 megawatts of generating capacity, is now close to becoming reality after years of delays and other obstacles.

Georgia Net Metering Cap Hits Rooftop Solar: Georgia ranks among the top 10 states in solar power capacity, but 40th in rooftop solar installation. And the rooftop solar industry is having a difficult time closing that gap because of a cap that says new projects get less favorable rates for excess electricity that they sell back to the grid, as ICN’s James Bruggers reports. Solar advocates are now leading the “Scrap the Cap” campaign to try to get regulators and the utility Georgia Power to change the rules. 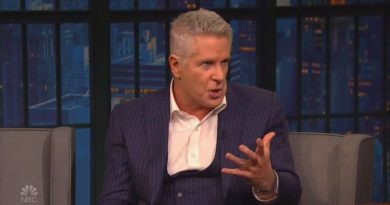 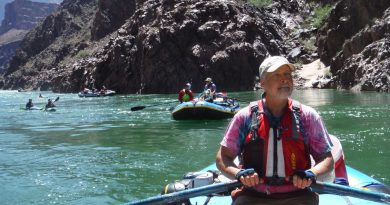 From a Raft in the Grand Canyon, the West’s Shifting Water Woes Come Into View 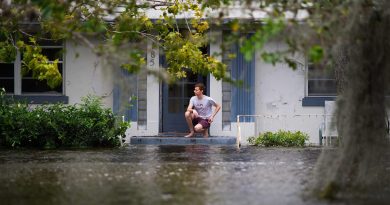 In the Sunbelt, Young Climate Activists Push Cities to Cut Emissions, Whether Their Mayors Listen or Not