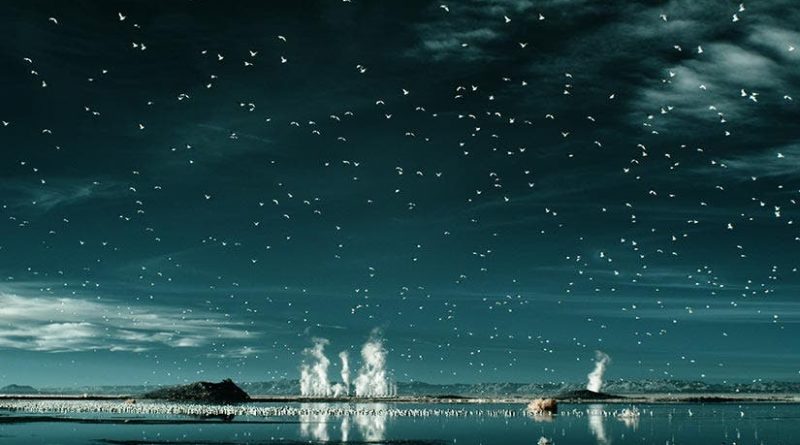 Lithium-ion batteries are ubiquitous in everything from laptops and phones to toys and pacemakers. Add in the increasing demand for electric cars and it becomes even more clear just how universal lithium’s application has become.

With global demand for lithium expected to increase to nearly 500% of 2018 levels by 2050, according to the World Bank Group report Minerals for Climate Action: The Mineral Intensity of the Clean Energy Transition, there is an urgency to find new domestic lithium sources and innovative ways to extract this crucial metal.

Average lithium supply from underneath this salt lake is estimated at more than 24,000 metric tons annually, according to a 2021 NREL report, Techno-Economic Analysis of Lithium Extraction from Geothermal Brines, authored by Ian Warren, senior geoscientist at NREL.

“Lithium-rich geothermal brines represent a vast, untapped resource that can potentially be developed into a robust domestic supply while adding to a well-paying workforce,” Warren said.

The Salton Sea sits on the seismically active San Andreas Fault. Molten rock heats the underground water beneath the lakebed into a pressurized brine as hot as 500 degrees Fahrenheit. The brine is already used in nearly a dozen geothermal power plants to create electricity, and these same facilities can serve as an important part of DLE development.

Need for a New Approach

Lithium in the United States is almost entirely imported, with only a small fraction of supply sourced domestically from a brine operation in Nevada, according to the U.S. Geological Survey.

Most lithium is sourced in places such as South America and China from open-pit mines or lithium-containing saltwater beneath salt flats, which is pumped into large basins where it evaporates under the sun. Both techniques can lead to land destruction, potential contamination, and high water consumption, notably in areas already suffering from drought and desertification.  Methods like these also take up a significant amount of space, whereas DLE utilizes land that is already in use by power plants.

DLE enables a more sustainable lithium supply, including using geothermal energy as the renewable power source for production. The goal is to extract the lithium before pumping the brine back underground to recharge the geothermal reservoir. That is what industry leaders, including NREL, are working to accomplish.

“The increasing global demand and the need for a secure supply of lithium has created a deep interest — and urgency — in fully developing DLE that is considered environmentally safe, can be directly sourced in the United States, and is cost competitive,” Warren said.

For example, developing a solid material that bonds with just lithium is a huge challenge in geothermal brine that contains many minerals and metals. Successful DLE implementation will depend on expanding innovation and creating new technologies, and NREL is playing a large role in making this happen.

Eric Karp, senior chemical engineer in NREL’s National Bioenergy Center, is investigating how the same process used to separate chemicals from plant extracts can also extract lithium from brine. Karp specializes in extracting compounds from plants for biofuels, plastics, and commodity chemicals, such as acrylic acid used in the production of plastic.

“We’re using technologies that have been traditionally applied to plants and moving it more toward heavy-metal extraction,” he said. Eric Karp, middle, is helping NREL use traditional methods and technologies to extract lithium and other metals from brine. The team is pictured next to a catalytic reactor. Photo by Dennis Schroeder, NREL

A Prize Aimed at Solving Challenges

As DLE attracts more attention as a viable alternative for lithium extraction, other innovations are bound to emerge. That is why the U.S. Department of Energy recently launched the American-Made Geothermal Lithium Extraction Prize. The prize, funded by the U.S. Department of Energy and administered by NREL, was established to advance economically viable and environmentally sound DLE technology development from geothermal brine found at the Salton Sea.

The three-phase competition has a $4 million cash prize pool and aims to fast-track efforts to identify, develop, and test DLE technologies and solutions. Objectives include improving yield and product purity while reducing energy and water consumption rates. Minimizing or monetizing chemical waste products is also an important goal.

“The combination of a rapidly expanding global demand and the lack of an environmentally safe, cost-competitive domestic supply of lithium has created an urgency to accelerate solutions,” said Caity Smith, geothermal project manager at NREL. “The Geothermal Lithium Extraction Prize incentivizes academia and small businesses to help ensure American leadership in the transition to a carbon-free economy.”

Participants move their concept to a prototype over the span of the competition, which is expected to conclude in April 2023. Throughout the prize, participants have access to mentorship, technical insight, marketing expertise, product validation, and other resources needed to elevate their technologies.

The Geothermal Lithium Extraction Prize challenges anyone currently affiliated with a U.S. academic institution, as well as domestic small businesses and university incubators partnered with an accredited U.S. institution of higher education, to compete.

Phase 1 is now open, with submissions due Thursday, Sept. 2, 2021. Learn more about prize eligibility and guidelines. Contact GeoLithiumExtraction@nrel.gov with questions. 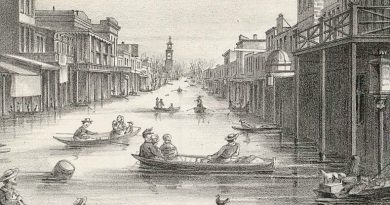 A 45-day storm turned California into a 300-mile-long sea, and it could happen again 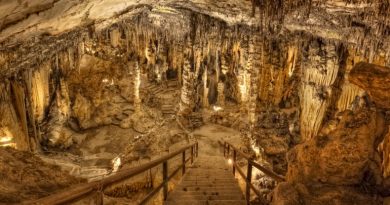 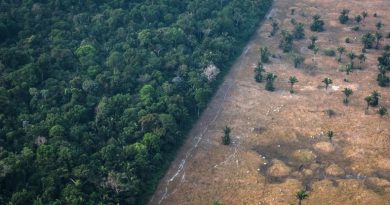