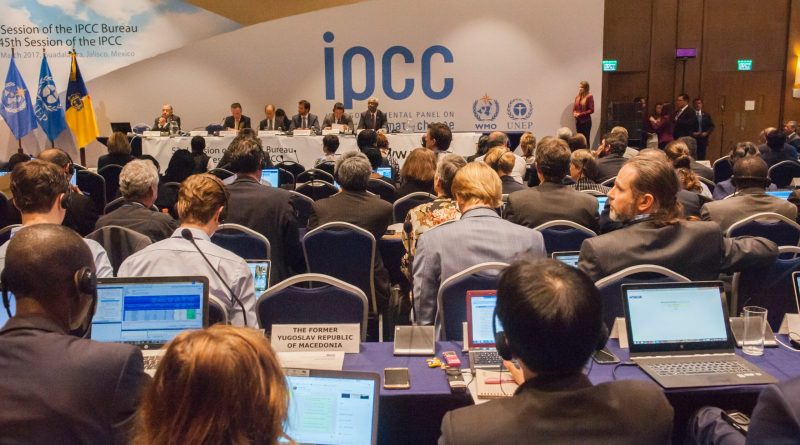 The Intergovernmental Panel on Climate Change has always been a lightning rod for controversy. Since its creation in 1988, conspiracy theorists and politicians funded by fossil fuel interests have tried to undermine the organization’s science by portraying the panel as a power-mongering globalist organization set on overthrowing capitalism. And as the severity of the climate crisis has become clearer, some environmental activists have criticized the IPCC for being too timid, and allowing political considerations to water down warnings about the urgent nature of the threat.

Attempts to manipulate public perception of the panel’s scientific work culminated in 2009, when thousands of emails and other files were stolen from computers at a climate research center in the United Kingdom and selectively leaked ahead of an international climate conference. The aim was to undermine the IPCC’s work, which provides the scientific basis for the need to cut greenhouse gas emissions to limit global warming.

Since then, parts of nearly all major IPCC reports have made it into the public realm before the official publication dates. The most recent leak came last month, when Agence France-Presse obtained a draft section of a report due for release in 2022 that discussed the growing risks of crossing dangerous climate thresholds and the inevitability of global warming impacts. Although the report is based on previously released studies that had already been covered by the media, the grim tone of the leak drew global attention.

Rod Schoonover, a former United States intelligence official who focuses on climate as a security issue, said that leaks and other attempts to manipulate or control climate information are not surprising in the context of an ongoing global information war.

Schoonover resigned from the Trump administration in protest after attempts to censor his testimony to Congress about a climate security report. During his time in government, he said, he saw “growing misinformation and disinformation efforts around environmental issues” generally aimed at calling into question “the seriousness of climate change and related ecological disruptions.” But attempts to distort environmental science, he added, aren’t taken as seriously as they should be, partly because climate has become a political issue.

For the sake of comparison, he said, the reaction would be much more severe “if someone was caught putting out disinformation on the threat of biological weapons, or terrorism activity.  There are some of us who see climate change and ecological change as being so fundamental to our future trajectory that we consider them national and international security issues.”

IPCC reports are released “in the face of fairly active disinformation that threatens the acceptance of the science,” Schoonover said. The most recent leak, he said, may have been “an attempt to keep policy makers on task worldwide. I do think it’s probably an effort by someone to make sure that we’re not just using rhetoric on climate, but to match policies to the rhetoric.”

The pattern of recent IPCC leaks suggest they are intended to “lead the agenda,” said London-based climate campaigner and author Alice Bell, who recently published a book on the history of the climate crisis. By selectively using certain parts of the leaked information, people can try to shape the conversation about the reports before they are even released, she said.

The leaked document was a draft technical report from one of the Intergovernmental Panel on Climate Change’s three working groups. It is slated to be released in 2022 as part of the sixth major IPCC climate overview report, a series that has been updated every five to seven years since 1990. Hundreds of scientists have been working on the report for the last few years, and thousands of expert reviewers have seen parts of it.

Sina Löschke, a communications manager for the IPCC Working Group II, which prepared the leaked technical draft, said leaks occur “despite the rules on confidentiality set by governments, and the agreement to treat them confidentially signed by expert reviewers.” She added that the drafts are widely circulated by governments without any overview by the IPCC, which has not pursued an investigation of the most recent leak or applied any sanctions after previous leaks.

When the reports are finalized, the draft versions, along with the comments, are all published so that everyone can see how the reports evolved. That makes the process transparent, at least in hindsight, and IPCC scientists have often discussed simply posting their work as they go along, to avoid the accusation that they are trying to hide something.

The organization’s reports provide the scientific basis for the global Paris climate agreement, and they have been cited repeatedly by leaders of the youth climate movement in calling on their governments to live up to the Paris accord.

There have always been questions within the scientific community about how to responsibly communicate global warming risks, said Bell, the London author. A 1985 pre-IPCC meeting in Russia, she said, was probably under heavy surveillance from the KGB, as scientists started “warning of all the future disasters that would happen.” Then, as now, a key issue was if, and how loudly, scientists should issue warnings, she added.

Some version of that question was probably part of the discussion during a long train ride in 1980, after one of the first major international climate science conferences in Villach, Austria, when the traveling scientists realized that their cumulative findings had serious implications for the planet, and that humanity was in a race with global warming.

“The seeds of the science consensus had been sown,” Bell said.

During that train ride home, the scientists decided they should do something more than a conference, so they started building a global framework for addressing climate change within the United Nations. Until then, most climate science had been done in the United States, and documents like the 1979 Charney Report and a prescient 1983 EPA climate report gave a solid science foundation for the global effort, she said.

“Whether we like it or not, political pressure is applied to scientists by governments in order to achieve national goals,” he said. “The Australian government wants to protect the coal industry. The Russian government wants to protect its natural gas export industry, and so on. As climate change impacts hit, and economies struggle to adapt, states with the most investment in fossil fuels or logging and so forth, have the most to lose.”

“Russia, no doubt China, but also others might not be able to whitewash or alter the science that goes into IPCC and other high-level reports,” he said. “But they can influence the consensus and, therefore, the products aimed at policy makers.”

Climate information has also become political in the media. The news that FOX is planning to launch a weather channel raised concerns that the network, known for denying the validity of climate science, would use the channel to spread false information about global warming to millions of potential viewers.

And in Germany, two television meteorologists, Karsten Schwanke and Özden Terli, who often discuss global warming on their broadcasts, were recently attacked by a rightwing tabloid, which accused them of campaigning for the German Green Party in advance of the upcoming national election by highlighting climate information in their broadcasts.

Misinformation around climate science is dangerous, said Carl-Friedrich Schleussner, head of climate science at Humboldt University in Berlin, who has worked on climate policy with the IPCC.

“In the end, it costs lives because you are stopping debate about what you can do to protect people from life-threatening conditions,” he said.

Another example of a disinformation leak came in 2013, said Jonathan Lynn, head of communications and media relations for the IPCC. Just ahead of publication of another major report, he said, climate science deniers used parts of the leak wildly out of context, for example claiming the IPCC report admitted that the sun causes global warming.

Blog posts and news stories were published in the middle of the night, European time, helping to sow confusion and doubt about the IPCC’s climate science. Lynn said scientists waking up in Asia and Australia were caught off guard and on the defensive as they responded to early morning calls for comment. But the leaked 2013 report also spurred dramatic, end-of-the world headlines that didn’t accurately reflect the full meaning of the final report.

Several years later, publication of a special IPCC report on energy was met with accusations that the science group was pushing an agenda for the renewable energy industry. And when sections of a special land use report in 2019 were leaked, some media outlets published stories with the angle that the IPCC wanted to drastically cut meat consumption.

Those stories were based on a small part of the report, Lynn said.

“When we got to the press conference, all the focus was on meat,” he said. “ It was a destruction of what the report was about.”

In 2018, leaked drafts of an IPCC report focused on the consequences of 1.5 degrees Celsius of warming were  posted by Climate Home News ahead of the official release. Editor Megan Darby said the drafts were posted along with information putting them in the context of the IPCC process.

“Essentially, we published it how I imagine the IPCC would if some of their government members didn’t hate transparency,” she said. “The IPCC process merits scrutiny and comparing versions can be helpful to understand who influenced the outcome and how.”

The leak last month might have stemmed from other motivations, including the use of extreme climate doom scenarios to try and delay emissions cuts on the basis that it’s too late, one of the latest tactics of people opposed to climate action, said Penn State climate scientist Michael Mann.

“I’m troubled because I think this damages the IPCC process,” Mann said. “It’s like leaking an unpublished scientific article that hasn’t yet been peer-reviewed. Peer review exists for a purpose, to weed out claims, conclusions, etc. that don’t stand up to further scrutiny by experts before they are advertised as published findings.”

Mann has written extensively about how climate deniers have often sought to discredit the scientific basis for climate change and the need for climate action by going after the IPCC and its reports.

“I fear that leaks like this just make the IPCC more vulnerable to criticism, bad faith or otherwise,” he said, adding that some of the statements in the leaked draft won’t pass peer review.

“The leakers appear to have focused on a few cherry-picked passages to emphasize an overly alarmist view of climate tipping points,” Mann said. 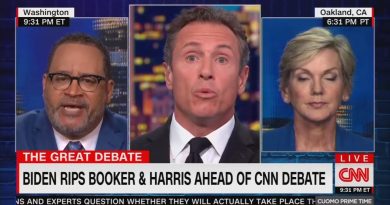 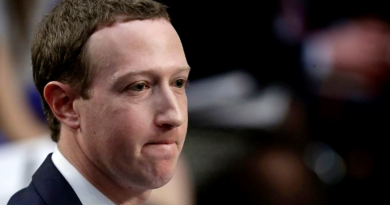 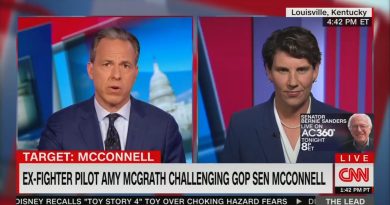