A child watches as a nurse administers a shot of COVID-19 vaccine during a pop-up vaccination event at Lynn Family Stadium on April 26, 2021 in Louisville, Kentucky.
Jon Cherry | Getty Images

A Centers for Disease Control and Prevention advisory panel voted Wednesday to endorse expanded usage of Pfizer‘s and BioNTech‘s Covid-19 vaccine for 12- to 15-year-old kids, clearing the way for pediatricians to start giving out the shots across the U.S. as early as Thursday.

The Advisory Committee on Immunization Practices’ recommendation, which was adopted 14-0 with one refusal, comes two days after the Food and Drug Administration approved Pfizer’s and BioNTech’s request to allow their shot to be given to young teens on an emergency use basis. The endorsement now awaits final approval by CDC Director Dr. Rochelle Walensky, which is expected imminently.

During Wednesday’s meeting, CDC officials said there were no serious adverse events associated with the Pfizer-BioNTech shot in 12- to 15- year olds out of more than 2,000 children in the companies’ clinical trial. Most vaccine recipients, 91%, experienced side effects of some kind.

The CDC panel’s endorsement comes ahead of summer camp season and the Fourth of July — a date the Biden administration is hoping will mark a turning point in the nation’s battle against the virus. More than 3.3 million people across the world have died from Covid-19 so far, almost 600,000 of them in the U.S., according to data compiled by Johns Hopkins University.

Vaccinating children is seen as crucial to ending the pandemic. The nation is unlikely to achieve herd immunity — when enough people in a given community have antibodies against a specific disease — until children can get vaccinated, health officials and experts say.

Children make up around 20% of the total U.S. population of 331 million, according to government data. Between 70% and 85% of the U.S. population needs to be vaccinated against Covid to achieve herd immunity, experts say, and some adults may refuse to get the shots. Though more experts now say herd immunity is looking increasingly unlikely as variants spread.

CDC officials told the panel that research shows vaccine hesitancy among parents, with only about 46% to 60% who said they wanted to get their kids vaccinated. Reasons for not getting the shots included concerns about safety, the time it took to develop the vaccine and not having enough information, officials said.

Acting FDA Commissioner Dr. Janet Woodcock on Monday assured parents that the U.S. agency “undertook a rigorous and thorough review of all available data” before clearing it for use in younger teens.

CDC official Dr. Megan Wallace said Wednesday serious adverse events were more common among vaccine than placebo participants, 0.4% vs 0.2%, but none of them were attributed to the shots.

Perez said one adverse event that was associated with the vaccine was lymphadenopathy, which is a swelling of lymph nodes. In the clinical trial, there were nine cases in the vaccine group, with seven related to the shot. Two cases were in the placebo group, he said. There were no cases of anaphylaxis, according to a slide presented at the meeting. There were also no cases of Bell’s Palsy — a rare issue that’s cropped up in some adult vaccine recipients — or blood clots, Perez said.

The vaccine was found to be 100% effective in the clinical trial of 12- to 15-year olds. No deaths were reported. More serious side effects were more common in the vaccine group, with about 11% reporting things like pain at the injection site that prevented daily activity, severe fever, headache or muscle pain.

Everything we know about Haven, the Amazon joint venture to revamp health care 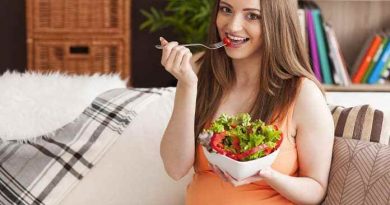