LONDON — The U.K. and European Union are trying to resolve a dispute over Covid-19 vaccine supplies, shortly after EU officials announced stricter rules on exports of shots produced in the bloc.

The U.K. and the EU have been at odds in recent weeks with the latter complaining that London is not showing the same level of reciprocity in the distribution of vaccines. The EU has said that since the end of January more than 10 million doses produced in the EU have gone to the U.K., but the U.K. had exported none in return.

“We are all facing the same pandemic and the third wave makes cooperation between the EU and UK even more important. We have been discussing what more we can do to ensure a reciprocally beneficial relationship between the UK and EU on Covid-19,” the U.K. government and the European Commission said in a joint statement on Wednesday.

“Given our interdependencies, we are working on specific steps we can take – in the short-, medium – and long term – to create a win-win situation and expand vaccine supply for all our citizens,” the U.K. and EU said, adding that talks would continue.

At the heart of the recent dispute is the fact that the EU has received significantly fewer vaccines than expected from AstraZeneca, which is putting its wider rollout at risk.

The Anglo-Swedish pharmaceutical firm was due to distribute around 90 million doses in the first quarter, but that number has since been cut to 30 million doses.

Our export authorization mechanism is not addressed at any specific country.
Valdis Dombrovskis
EU trade chief

AstraZeneca, which developed its Covid vaccine in collaboration with the University of Oxford, has said yield issues in EU plants have hindered production. So far, only 17 million doses have been distributed to EU countries, according to data from the European Centre for Disease Prevention and Control.

EU leaders will hold a virtual summit on Thursday to discuss ways to bolster Covid vaccine supplies and how to improve the rollout of doses.

EU countries faced a new setback after AstraZeneca reduced its delivery target for the second quarter to 70 million doses, down from 180 million.

“I remind you that AstraZeneca has only delivered a small portion of its agreed contractual commitments,” Valdis Dombrovskis, the EU’s trade chief, said at a press conference on Wednesday.

As a result, the European Commission decided to step up rules on the exports of vaccines produced in the bloc. The executive arm of the EU said on Wednesday that in addition to checking whether companies are fulfilling their contracts, it will also take into consideration whether the country receiving EU-made vaccines has a higher vaccination rate and better epidemiological situation as a whole and whether the recipient nation has any restrictions on sending vaccines or raw materials elsewhere.

This is why the U.K. could expect to see a lower number of imported Covid shots going forward. It has a higher vaccination rate than the EU and, according to the EU commission, is not sharing its vaccines with other nations.

“Our export authorization mechanism is not addressed at any specific country, but it’s clear that in the EU, we also need to ensure vaccination of our own population,” Dombrovskis said.

At the weekend, Italian authorities discovered 29 million doses of Oxford-AstraZeneca vaccines at a finishing plant close to Rome. AstraZeneca said in a statement that these shots were waiting for quality control and that 13 million were due to be dispatched to low- and middle-income nations and the remaining 16 million doses were due to be sent to EU nations, with 10 million expected to be sent in the last week of March.

“It is incorrect to describe this as a stockpile. The process of manufacturing vaccines is very complex and time consuming. In particular, vaccine doses must wait for quality control clearance after the filling of vials is completed,” AstraZeneca said in a statement. 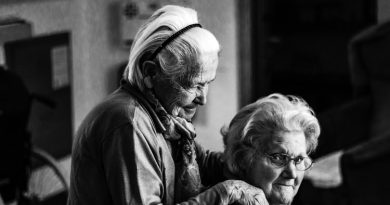 Periumbilical pain: What to know