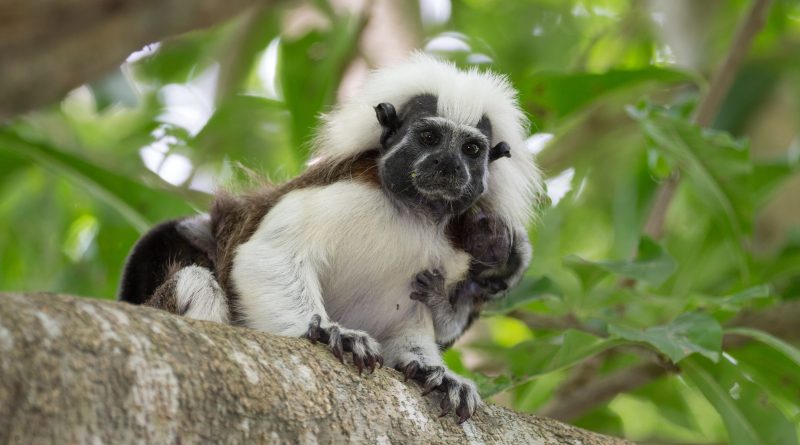 Today is the United Nations’ annual World Wildlife Day (WWD). This year’s WWD puts trees in the spotlight with the theme “Forests and Livelihoods: Sustaining People and Planet,” because much of our global climate crisis and the loss of wildlife stems from deforestation. Forest ecosystems are the habitat for countless wildlife, and are also central to the livelihoods of millions of people across the globe. Multiple Partners in WCN’s Network work to bolster the status of forests, local livelihoods, and reforestation efforts.

In the Democratic Republic of Congo (DRC), WCN is partnered with the Okapi Conservation Project (OCP). An endangered species only found in the DRC, okapis are the only living relative of the giraffe. Standing 4’11” tall at the shoulder, they are gentle, elusive creatures. 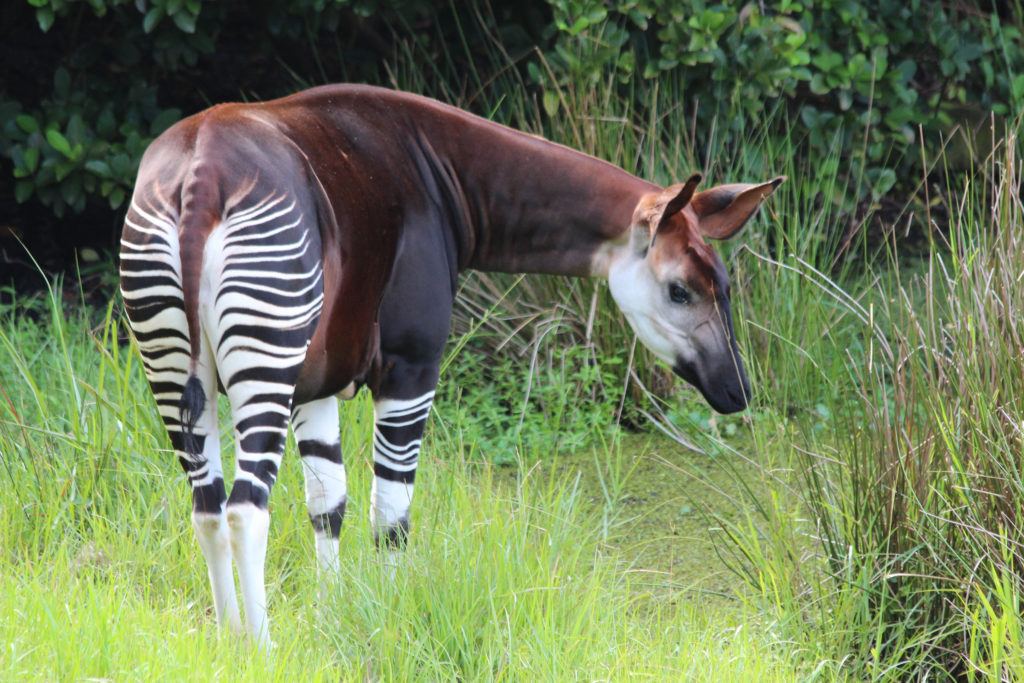 OCP helped create the Okapi Wildlife Reserve, a 13,700 sq. kilometer protected area that encompasses one-fifth the area of the Ituri Rainforest. Now a World Heritage Site, the OCP’s agroforestry program provides farmers with resources to make their farmland more productive, which in turn decreases farmers’ needs for forest land. The program also plants trees to rebuild the forest for okapi habitat, and employs local farmers and community members so that their prosperity is also tied to the health of the forest. 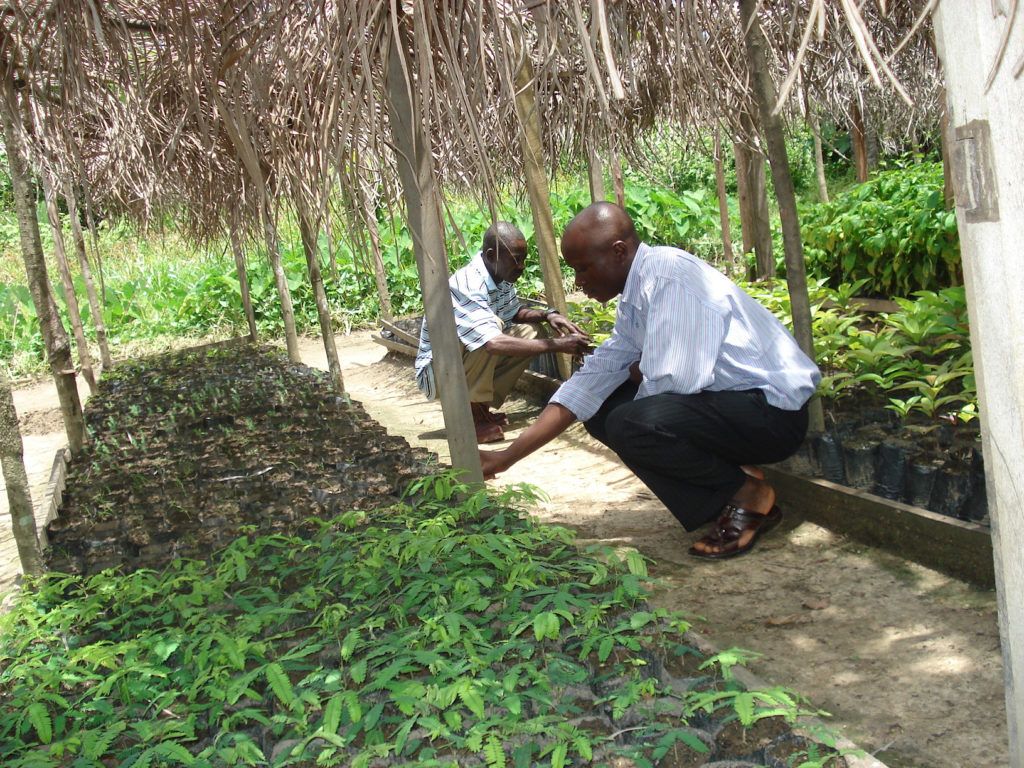 OCP’s nursery in Mambasa, part of their agroforestry program.

In Colombia, Proyecto Tití helps cotton-top tamarins continue to survive in the vulnerable northern dry forests, the only place these rare monkeys are found in the world. They are one of the world’s most threatened primates due to previous extensive deforestation and the illegal pet trade. 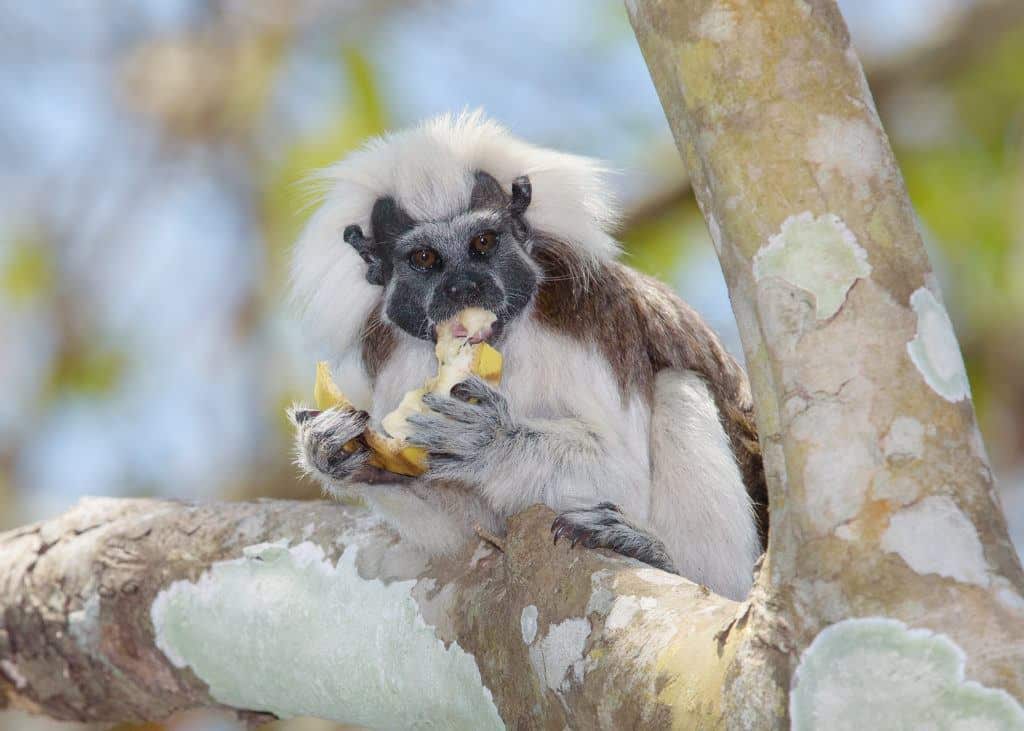 Proyecto Tití helps reduce the destruction of these forests by campaigning for government protections, and also has a robust reforestation program to plant thousands of new trees, all to champion cotton-top survival.

Between 2011 and 2018, Proyecto Tití helped develop nearly 13,000 acres of protected forests for cotton-top tamarins in Atlántico and Bolívar by collaborating with environmental authorities and local partners to create four new protected forest reserves.

A member of Proyecto Tití tending to saplings growing in their nursery.

In Montes de María, the 2,575-acre Santuario de Fauna y Flora Los Colorados is one of the country’s largest protected areas for cotton-tops. The area is also surrounded by privately owned land, and since 2014, Proyecto Tití has gained the participation of more than 153 landowners to help create a 1,235-acre forest corridor used by cotton-tops and other wildlife.

In South America, the only bear found is the endangered spectacled bear. Based in Peru, Spectacled Bear Conservation (SBC) works to protect this rare bear from deforestation. SBC tracks and tags these bears with radio collars, which helps them pinpoint the extent of the bears’ range. In 2016, this information helped SBC collaborate with the Peruvian government in the creation of El Parque Arqueológico y Ecológico de Batán Grande. The park protects 34,000 acres of critically endangered dry forest habitat, which is vital to the continued health of the spectacled bears living there. 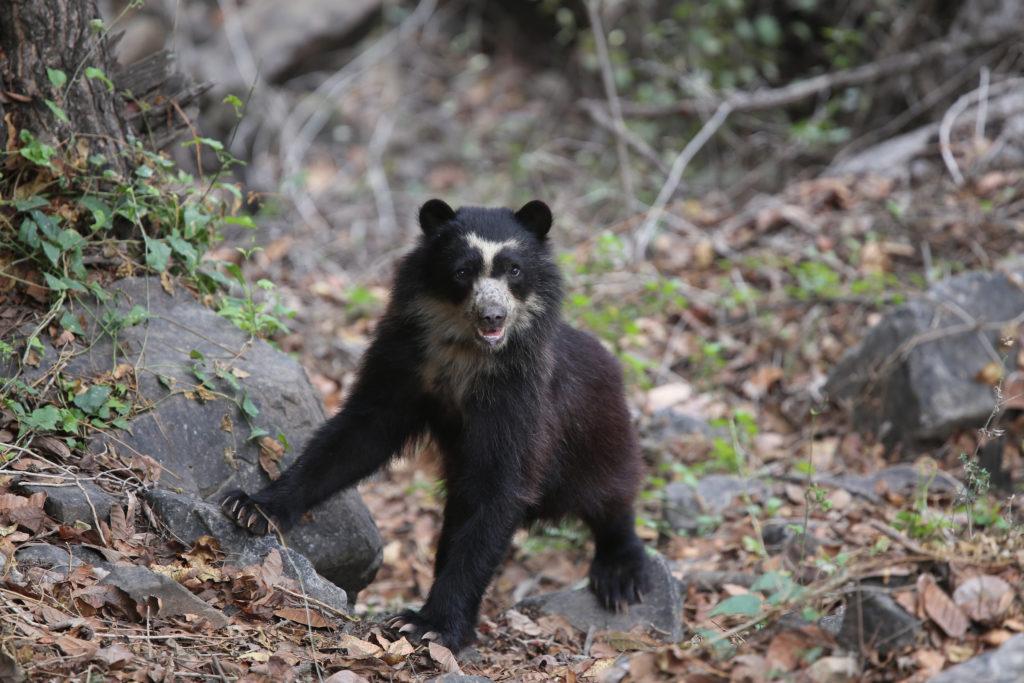 SBC also helps preserve forests, reduce human encroachment, and promote sustainable livelihoods through its Felti program. Since 2010, more than 100 women in remote Peruvian communities have been trained to make these handicrafts, which they then sell to provide income and increase their community standing. Each Felti is made of 100% sheep’s wool, fashioned into endearing ornaments and dolls. Feltis provide a sustainable source of income entirely controlled by them. 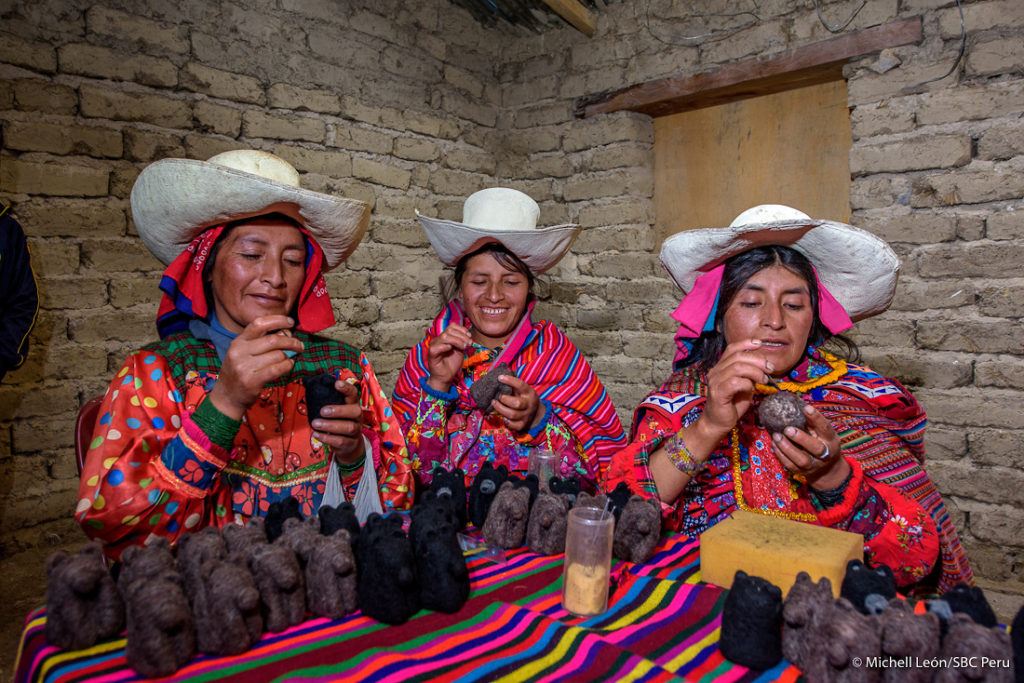 Some of the women in SBC’s Felti program.

This year’s WWD celebrates the special importance of forests and the local communities who help defend them. By preserving the health of wild forests, we will be defending sustainable livelihoods and protecting wildlife all around the world. 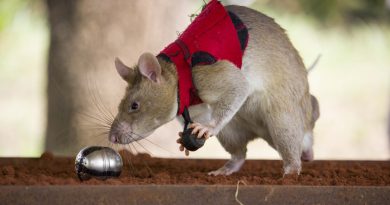 Hero Rats Learn to Save Pangolins 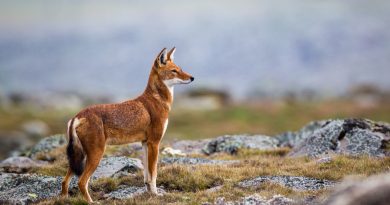 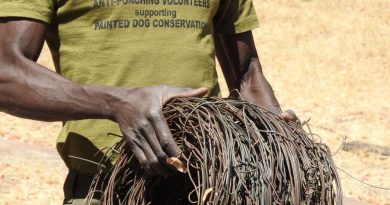