Pfizer said Tuesday it has begun an early stage clinical trial of an experimental oral antiviral drug for Covid-19.

The New York-based company said the phase one trial of the drug – called PF-07321332 – is being conducted in the United States. The drug is part of a class of medicines called protease inhibitors and works by inhibiting an enzyme that the virus needs to replicate in human cells.

Protease inhibitors are used to treat other viral pathogens such as HIV and hepatitis C.

“Tackling the COVID-19 pandemic requires both prevention via vaccine and targeted treatment for those who contract the virus,” Pfizer’s chief scientific officer, Mikael Dolsten, said in a press release. “Given the way that SARS-CoV-2 is mutating and the continued global impact of COVID-19, it appears likely that it will be critical to have access to therapeutic options both now and beyond the pandemic.”

The trial comes as Pfizer is also working on an intravenously administered protease inhibitor, known as PF-07304814. That drug is currently in a phase 1b clinical trial in patients hospitalized with Covid-19.

Pfizer already has an authorized vaccine in the U.S. with German drugmaker BioNTech, but health experts say the world will still need an array of drugs and vaccines to end the pandemic, which has infected more than 29.8 million Americans and killed at least 542,991 in a little over a year, according to data compiled by Johns Hopkins University.

The company said preclinical studies have shown the oral drug, the first protease inhibitor taken by mouth for Covid-19 to be evaluated in clinical studies, demonstrates “potent” antiviral activity against the virus.

Because it is taken by mouth, the drug could be used outside of hospitals for people who are newly infected with the virus. Researchers hope the medication will keep the disease from progressing and keep people out of the hospital.

Pfizer said it will provide more details on the drug at the Spring American Chemical Society meeting on April 6. 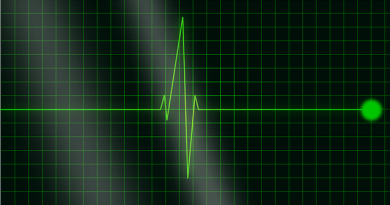