Healthcare workers prepare to inoculate people for Ebola suspicion to take precautions against the disease in Butembo, Democratic Republic of the Congo on July 27, 2019.

The World Health Organization on Monday warned of a potential Ebola resurgence in the Democratic Republic of the Congo after a woman died of the disease.

The woman lived in Butembo, a city in North Kivu Province and an epicenter of a previous Ebola outbreak that was declared over in June, according to the DRC’s Ministry of Health.

More than 70 people who came in direct contact with the woman while she was contagious have already been identified, WHO Director-General Tedros Adhanom Ghebreyesus said Monday during a news conference from the agency’s Geneva headquarters.

“So far, no other cases have been identified,” Tedros said. “But it’s possible there will be further cases because the woman had contact with many people after she became symptomatic.”

Unlike the highly infectious coronavirus, which can be spread by people who don’t have symptoms, Ebola is thought to mainly spread through people who are already visibly sick. The virus spreads through direct contact with the blood or body fluids of people who are sick or who died of the disease, according to the U.S. Centers for Disease Control and Prevention.

The virus can also spread through the semen of men who recovered from the disease, the CDC says. The woman who died recently in Butembo was married to an Ebola survivor, the WHO said.

Ebola has an average case-fatality rate of 50%, though it can vary by outbreak, according to the WHO.

The DRC’s National Institute of Biomedical Research is sequencing samples of the virus at its main lab in Kinshasa, the nation’s capital, to determine whether the woman’s recent death was associated with the prior Butembo outbreak, WHO said.

The Ebola outbreak that was declared over in June lasted for nearly two years. It was the second largest in the world and by the time it ended there were 3,481 total cases and 2,299 deaths, according to the WHO.

The WHO noted that outbreak-response efforts in North Kivu Province have been especially difficult because of the ongoing violent conflicts in the area, which is occupied by over 100 different armed groups, according to Human Rights Watch.

The WHO has sent a rapid-response team to Butembo, Tedros added, and vaccine doses are on the way. The WHO says there are currently two licensed Ebola vaccines. Tedros did not say which is on the way to the area.

“Thanks to the enormous capacity built during the latest outbreak, provincial health authorities have significant experience in responding to Ebola and in preventing onward transmission,” Tedros said Monday. “We hope that vaccination will start as soon as possible. 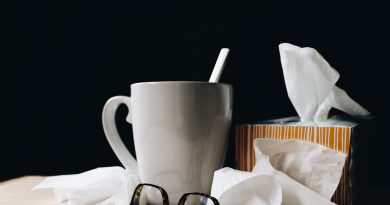 What to know about ethmoid sinusitis