Here’s the most important news, trends and analysis that investors need to start their trading day:

The Labor Department is set to release its weekly look at jobless claims data at 8:30 a.m. ET. Economists expect 730,000 new filings for unemployment benefits for the week ended Dec. 5, compared with 712,000 initial claims the prior week, lower than expectations and the lowest total of the coronavirus era. However, claims have been running well above record levels seen before the pandemic.

A person wearing a protective face mask walks past the Pfizer Inc. headquarters on December 9, 2020 in New York City.

The Covid-19 vaccine developed by American drug giant Pfizer and Germany’s BioNTech faces a final hurdle to emergency use authorization in the United States on Thursday, when the FDA’s vaccine advisory panel meets. Consideration of Pfizer’s vaccine comes as the U.S. saw a record 3,124 deaths Wednesday, according to data from Johns Hopkins University.

The FDA is scheduled to consider the Covid-19 vaccine candidate from U.S.-based Moderna next week.

The U.S. Capitol Building following a rainstorm on Capitol Hill in Washington, December 4, 2020.

A one-week federal government funding extension that passed the House on Wednesday goes to the Senate, where it could come up for a vote as soon as Thursday. The government will shut down Saturday if Capitol Hill fails to pass the stopgap measure. Lawmakers are trying to buy more time to reach a broad spending deal and a coronavirus relief package. Senate Majority Leader Mitch McConnell, R-Ky., and House Speaker Nancy Pelosi, D-Calif., have said they want to attach pandemic aid to the full-year funding bill.

Airbnb is set to debut as a public stock on Wall Street on Thursday, one day after the online marketplace for home rentals priced its initial public offering at $68 per share. That was above the most recent expected pre share range of $56 to $60, valuing the company at about $47.3 billon.

Airbnb’s IPO follows the huge market debut of DoorDash. Shares of the food delivery service were under some pressure in premarket trading after skyrocketing more than 85% on Wednesday. The closing price values DoorDash at $60.2 billion, about 10 times larger than the stock market rival GrubHub.

Shares of Facebook fell 1% in premarket trading after closing nearly 2% lower on Wednesday’s announcement from the FTC and a coalition of attorneys general from 48 states and territories of two separate antitrust lawsuits against the social network. The legal actions target two of Facebook’s major acquisitions, Instagram and WhatsApp, and seek remedies for the alleged anticompetitive conduct that could result the divestitures of the two apps. Facebook pushed back against the lawsuits, calling it “revisionist history” of two major acquisitions the government approved several years ago.

— Reuters and The Associated Press contributed to this report. Follow all the developments on Wall Street in real time with CNBC Pro’s live markets blog. Get the latest on the pandemic with our coronavirus blog.

Injury risk higher in children of parents with mental illness 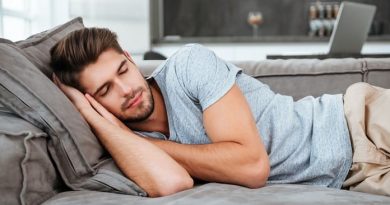 What are the possible complications of psoriasis?